Gallant proved one of ACL 2016’s breakthrough acts with his swoon-worthy imprint on R&B at his soaring performance on the HomeAway stage Saturday, Oct. 1, and again Sunday Weekend Two at the headlining Honda stage. 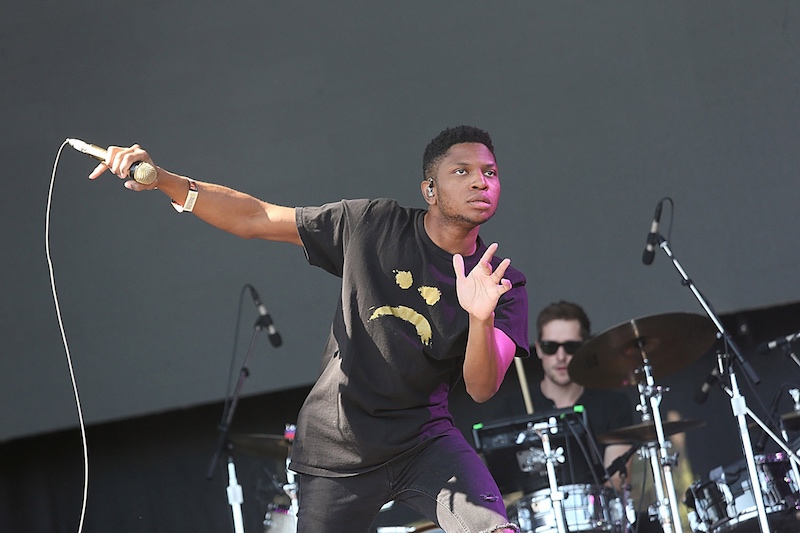 As the D.C. native was introduced with key runway phrases, he bellowed an ascending falsetto that unfurled into the intimate “Open Up,” sweeping electronics spiraling behind his high-pitched, soprano timbres. Running through tracks off April’s critically acclaimed debut Ology, (Christopher) Gallant’s voice recalls the buoyant singers of the Eighties and Nineties, emanating a classicism distilled with neo-modern musical mattes and moody bursts of instrumentation.

The erratic “Bone + Tissue” and slow-burned “Bourbon” gleaned haunting takes on soul that bend futuristic as well as nostalgic. The jovial funk of “Episode” and sultry catwalk of “Percogesic” demonstrated traces of Seal timbre masked with Maxwell’s cool ambiguity. Gallant, 24, left the crowd leering into earnest lyricism that reads like intimate journal entries in the arresting “Talking to Myself” and heavenly “Skipping Stones.”

Supported by a full backing band, the weightless and digitally layered production of Ology faded as a song like “Shotgun” morphed into a moving and chilling expanse of sinewy percussion, lullaby keys, and reverb-washed guitar. Fan favorite “Weight in Gold” had his lean frame writhing in acrobatic contortions as if his emotions were bursting through his seams, skittering blues riffs culminating in wheelbarrow drum rolls and industrial synths – all finessed with his floating falsetto.