2016 continues proving a victory lap for Anderson Paak. After collaborating on Dr. Dre’s long-awaited Compton, he stamped his own smooth imprint on the fusion of hip-hop and R&B with third disc Malibu, which broke nationally here in March at South by Southwest. His weekend-two-only dinnertime slot on Saturday at ACL served as an encore for local masses. 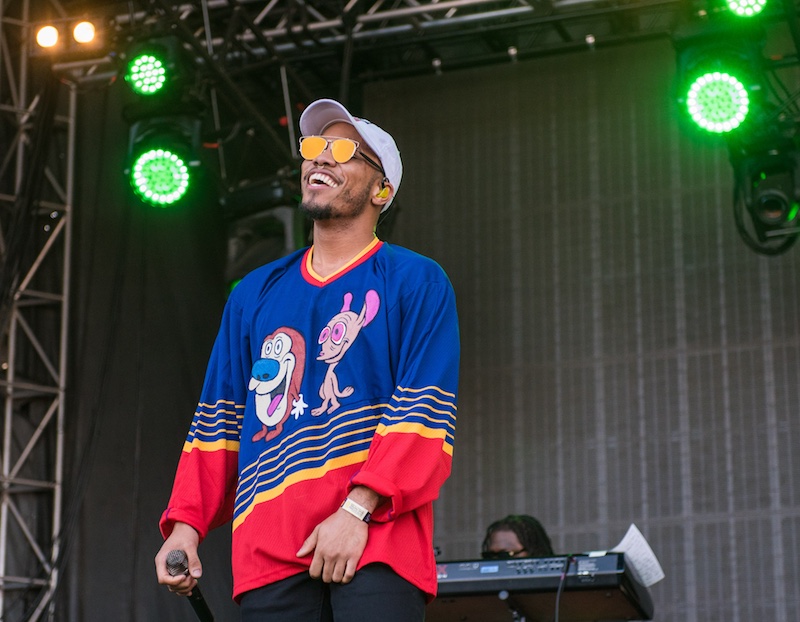 “I don’t know when I’ll be back, Austin, so let’s get down like it’s our last,” instructed the Southern California native from Oxnard.

Jumping on and off the drums, Paak played ringleader, reigning in flourishes of watercolor jazz exploration, ecstatic James Brown soul, and boom-bap expanses favored by J Dilla. All that g-funk and bass grooved to a skittered bounce of hi-hat percussion in the opener “Come Down.” Paak, 30, also offered cuts off second LP Venice via “Drugs” and “Milk n' Honey,” wherein jarring synths and unfiltered braggadocio coalesced into a trap flex cacophony.

Following the latter, he echoed a sentiment carried by other hip-hop acts throughout both weekends: “I see a lot of white people.”

Reverb-cloaked guitar was met with piano bursts in “Carry Me.” Languid instrumentation ebbed into a jaunt recounting his getting that first pair of Jordans, which culminated into a spoken ode to his mother. The Kaytranada-produced “Glowed Up” and Champagne-kissed “Am I Wrong” sprawled into one expansive opus, while the disco synths of “Luh You” spurred a call-and-response of “I love you.”