Circus maximus for the under-30 set

Major Lazer’s current tour may be called Peace Is the Mission, but their return to Zilker Park on Friday night for the second weekend of ACL came off anything but tranquil. There was fire. There were dancers. There was a stampede. And there were frat bros. So many frat bros. 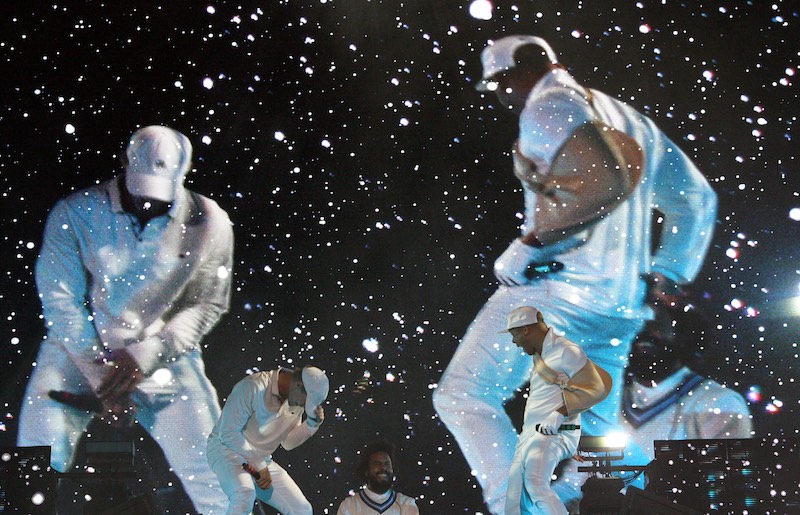 The Diplo-founded threepiece not only welcomed the chaos, they incited it. At one point, Major Lazer’s master of ceremonies, Walshy Fire, called the crowd to one side of the stage, which caused even those toward the back of the enormous audience to dodge enthusiastic fans. The DJ combine also played into the college ethos by rocking UT jerseys on the eve of the Texas-OU match-up.

Despite the absolute circus that consumed the Honda stage, there’s something undeniably tight about the whole setup. “Pon De Floor,” a 2009 cut from when Major Lazer was still only Diplo and British DJ Switch, still brings down the house, Diplo and Jillionaire pulling double duty on the mixing. Mostly importantly, the selection of Top 40 radio fodder keeps the set fresh and relevant, colliding Rihanna, Justin Bieber, Drake, and Future.

Even if you’re not into electronics, there was something anyone in the under-30 set could vibe to. Diplo commands the forefront of electronic mixing, and Major Lazer reiterates that he’s still at the top of the game, keeping the hype up even as he ages and audiences get ever younger.