Battle of the blue-eyed soul titans

Before and after Sunday’s mid-afternoon country clump – Kacey Musgraves, Margo Price, Marlon Williams, and Chris Stapleton – soul reigned supreme in the eastern corner of Zilker Park, with Denver eightpiece Nathaniel Rateliff & the Night Sweats kicking off a 4pm set on the Samsung stage just prior to the latter outlaw. 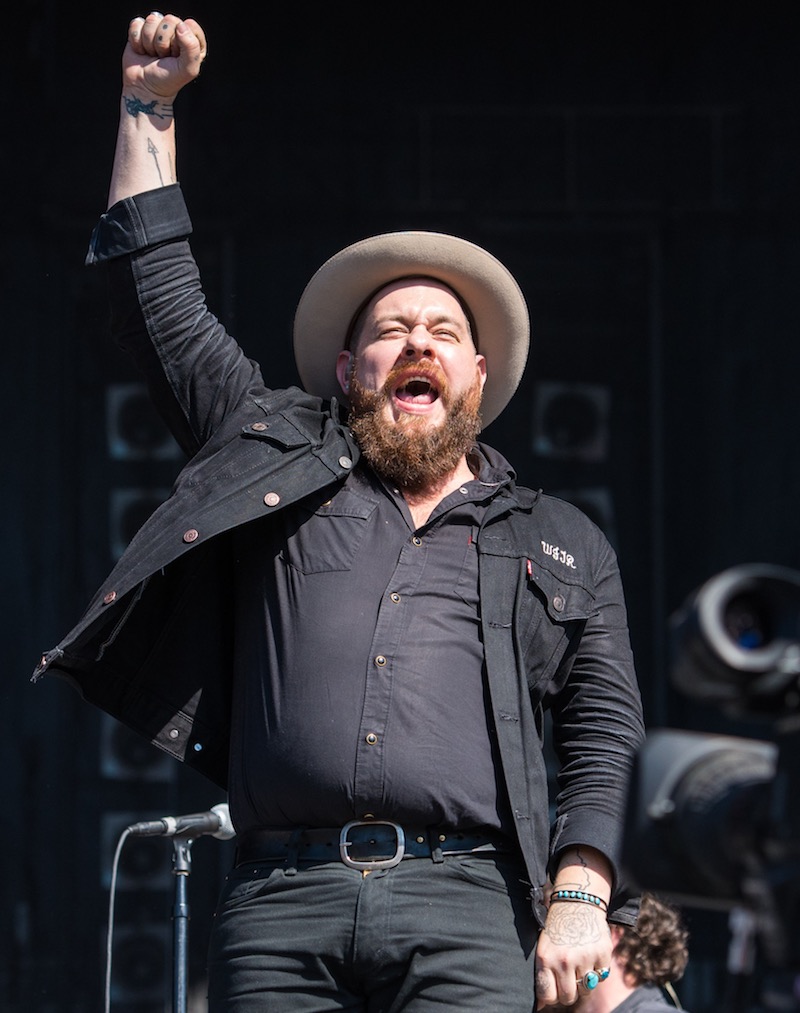 A Missouri-raised onetime missionary turned frontman – 38 this Friday – Rateliff seemed shocked by the endless sprawl of audience. So much so that he gave thanks upward of eight times throughout the big band’s hour onstage. Recalling Seventies Jersey outfit Southside Johnny & the Asbury Jukes, the Night Sweats churned out gospel-braised R&B.

At their best, as on high-energy tracks “I Need Never Get Old,” “Look It Here,” hit “S.O.B.,” a supremely sax-powered “We’ve Got the Whole Night Left to Lose,” and the simmering “Shake,” the band pulled off the ideal soundtrack for the citywide party raging in the foreground. Even so, the frontman’s gravelly howl, which pops on the band’s studio work, fought to be heard over bandmates’ (accomplished) playing. 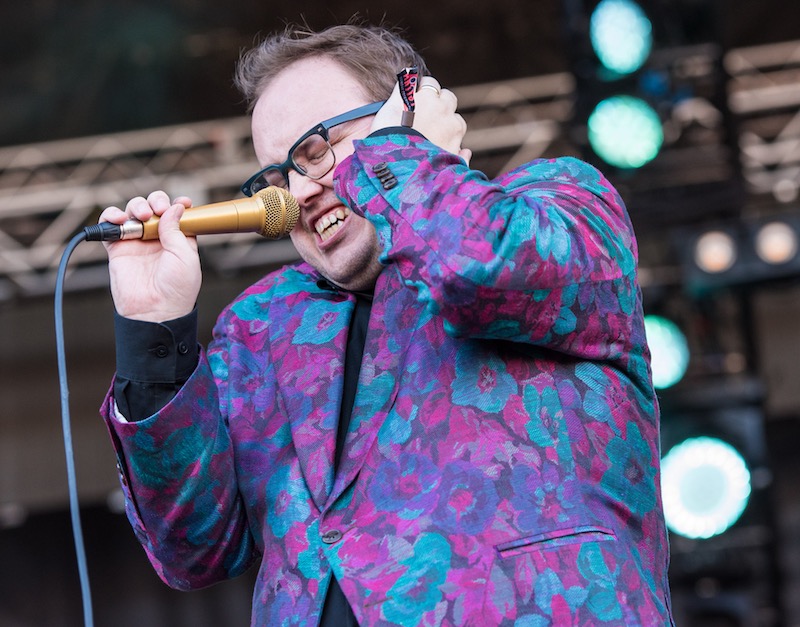 If the Night Sweats sound obviously inspired by Sixties and Seventies soul, Birmingham’s St. Paul & the Broken Bones sound like they emerged fully formed from that era. Playing moments after the Night Sweats on the adjacent Homeaway Stage, the eightpiece delivered. What kind of crazy witchcraft did a nerdy-looking white dude with horn-rimmed glasses and a floral blazer have to do to steal Al Green’s voice?

Paul Janeway’s vocals are insane – a piercing falsetto – and not only does he have the chops, he shimmied around in his gold-studded shoes the whole time. Meanwhile, the band drew mostly from brand-new album Sea of Noise, their robust horn section and organs guiding them through “Sanctify,” “I’ll Be Your Woman,” and the hit from 2014’s Half the City, “Call Me.”

During the climax of slow jam “Broken Bones and Pocket Change,” Janeway dropped to his stomach while still howling, feigning being dragged backwards, eventually disappearing beneath the golden curtain around the drum kit’s platform. It unhinged the audience and rightly so. Janeway’s a showstopper, pure and simple. 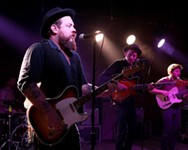