All my friends dance thmselvs clean

My favorite picture of all of my nine years at ACL Fest was captured last time LCD Soundsystem took to Zilker. It was 2010, and James Murphy and company had just put out third album This Is Happening. My three friends and I waged a full-tilt dance party in the middle of their late-afternoon set. 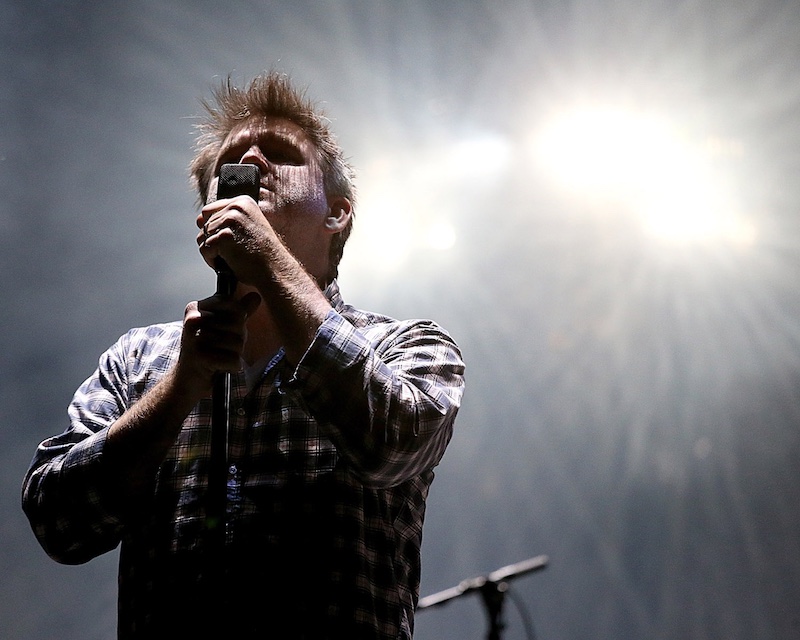 The shot shows the four of us all laughing mid-movement, completely unaware of the camera as we pulsated to anthemic album opener “Dance Yrself Clean.” Or at least that’s the mythology the image took on, because at this venture we’re not entirely sure what song was playing at the time. Six years on, watching a band I thought I’d never have the opportunity to see again, it wasn’t the beat drop of “Dance Yrself Clean” that made me remember the photo, but the ode to slowing time down, “All My Friends,” which closed LCD Soundsystem’s Sunday night headlining set.

The magic in LCD Soundsystem’s 90-minute show at the Honda stage was less about their legacy than it was about what’s been lost since then. As the eightpiece filed onstage during opener “Us v. Them,” the first point of departure from the norm was how a mostly electronic act could maintain so many band members given how easy it would be to cut personnel in half with pre-programmed sound. Moments like when James Murphy picked up a double cowbell to join in the percussive melee set forth by two dedicated drummers during “Daft Punk is Playing at My House” seemed shockingly ambitious in the age of laptop producers.

Equally impressive was Murphy’s voice in a live festival setting. Clear vocal runs over “I Can Change” made him sound like Morrissey, even if the latter doesn’t have to battle for prominence over funky bass lines and synthesizer flourishes. Even when the pace slowed down for piano-driven ballad “New York, I Love You but You’re Bringing Me Down,” Murphy’s voice carried effortlessly sans effects.

When the familiar staccato piano plinks of “All My Friends” rung out, joined by an expectant bass and eventually a climbing electric guitar refrain in between verses, I found myself ruminating on a few things: How can a band that hasn’t put out music in six years sound so fresh and relevant? Have we lost something with the prominence of technology in music?

And most importantly, where are my friends tonight? 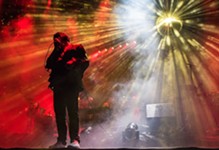 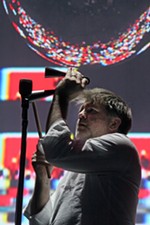 ACL Review: LCD Soundsystem II
Electro excitement not at the touch of a button