Sunday afternoon, Kacey Musgraves took to a Samsung stage that was decked out in neon cacti in front of a desert sunset backdrop. Despite the Old West cliches, the East Texas native from Golden brought with her concerns prompting a huge crowd: How to balance small-town values she grew up with a more expansive view of the world? 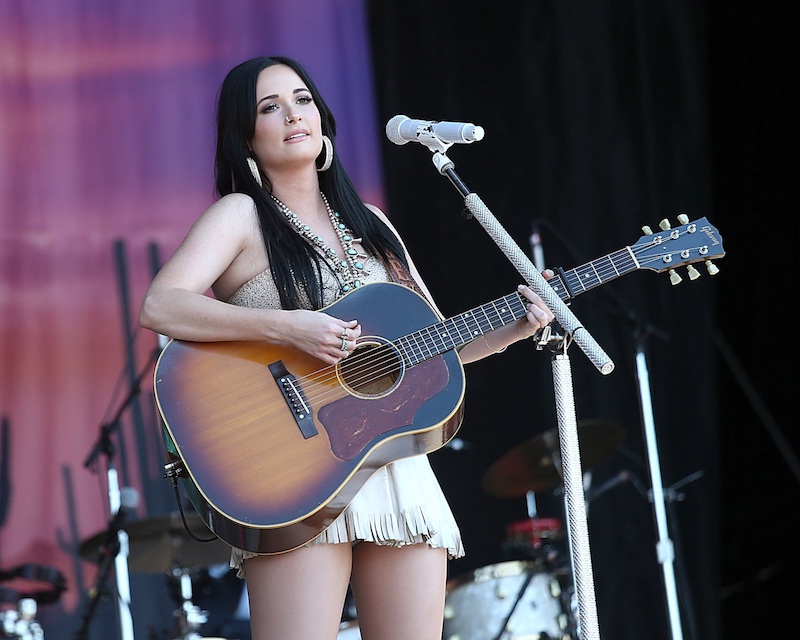 Carrying over those themes from her 2013 country breakthrough Same Trailer, Different Park, last year’s Pageant Material provided the opening trifecta to drive her points home. The title track, “Biscuits” (a rewrite of her preceding LP’s “Follow Your Arrow”), and “This Town” all celebrated the struggle to escape your past while retaining the values that still make sense.

Backed by a band wearing matching suits with flashing lights stitched into the brocading – virtuoso traditionalists befitting the 28-year-old singer’s status on a Nashville major label – Musgraves’ point of conflict prompted singalongs on the similarly-themed “Merry Go Round” and “Dime Store Cowgirl,” which found a feminine chorus rising from the audience as if from church on the Sabbath. Her voice, classically delicate and twanged with steely determination, found its match among the thousands of her onetime stomping grounds.

She left the confines of Golden from time to time via her take on “Mama’s Broken Heart,” the Miranda Lambert hit she co-wrote, plus left field covers of Gnarls Barkley’s “Crazy” and Bob Marley’s “Three Little Birds” (as part of “Step Off”). The whole performance led up to her coming back around to her theme, “Follow Your Arrow” earning a stilling, a cappella performance of the chorus rising loud and proud from the audience even before Musgraves pointed the microphone at them.

After that, the show-closing cover of Nancy Sinatra’s “These Boots Were Made For Walkin’” seemed frankly pointless. 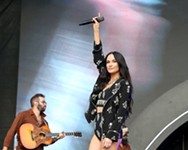