Kendrick Lamar cohort opens for the headliner with his own blessings

Put in a somewhat unenviable position of holding down Saturday’s hip-hop stage directly before headliner Kendrick Lamar, South Central Los Angeles native and rapper Schoolboy Q made the most out of a trying situation, giving his “core” fans at the Samsung stage an admirable and often humorous performance. 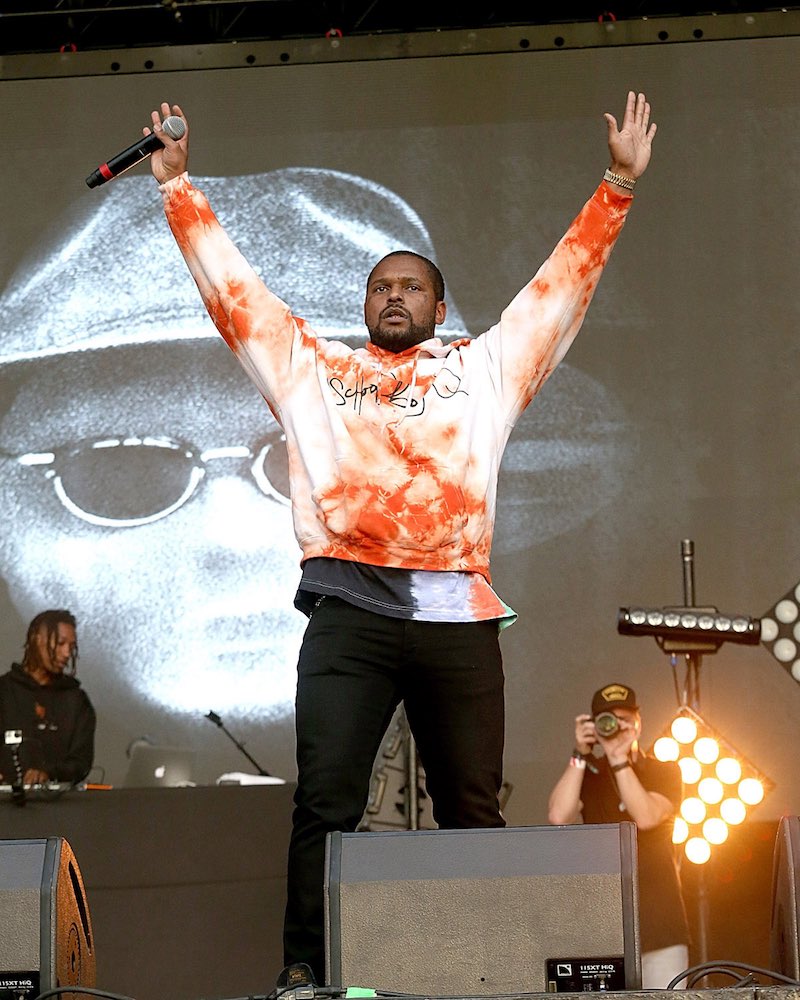 He’s one of rap’s strongest live performers of late. Q’s got an easily understood appeal and charisma, slanging tough and tumble G-raps in a tie-dye pullover and Vans. This isn’t your father’s gangsta rap.

The MC, Quincy Matthew Hanley, 29, punched through “By Any Means” off this year’s Blank Face LP, and finally got the crowd rolling on the stirring, Lamar-featured “Collard Greens.” After “Hands on the Wheel,” Q turned toward the lively and colorful sign language translator, playfully cracking she couldn’t translate “Hoover Street,” his gang vehicle.

During “Studio,” two mysterious events occurred: There was moshing to a rap love song, and a number of his fans ran hellbent to EDM duo the Chainsmokers on the opposing HomeAway stage.

Q’s best received track, “Hell of a Night,” preceded the rhyme barker mentioning he was once arrested in Austin for smoking weed. He acted incredulous as he then took a strong pull off a blunt onstage. Acknowledging “there’s a lot of white people out here,” he assumed they’d know the words anyway, so he charged into “Blessed” and the audience responded.

“Don’t stress my nigga, yes, my nigga,” he rapped. “We all blessed my nigga.”

He asked for, and received, more moshing for closer “That Part.” Self-aware, Q understands the predicament in opening for headliner/TDE mate Kendrick Lamar, but also the typical festival pushes and pulls.

“I’m just like you,” he acknowledged. “I wish I could’ve caught Cage the Elephant, too.”