UK art-rock band (if we must), Radiohead remains as much a statement as a band. Perhaps in some low-key solidarity woven into the ominous red glow and disorienting frequency fuzz, the band began Friday night with a snippet of late goddess Nina Simone: “It’s just a feeling. ... Like all, all, like, like – I’ll tell ya what freedom is to me: No fear!” 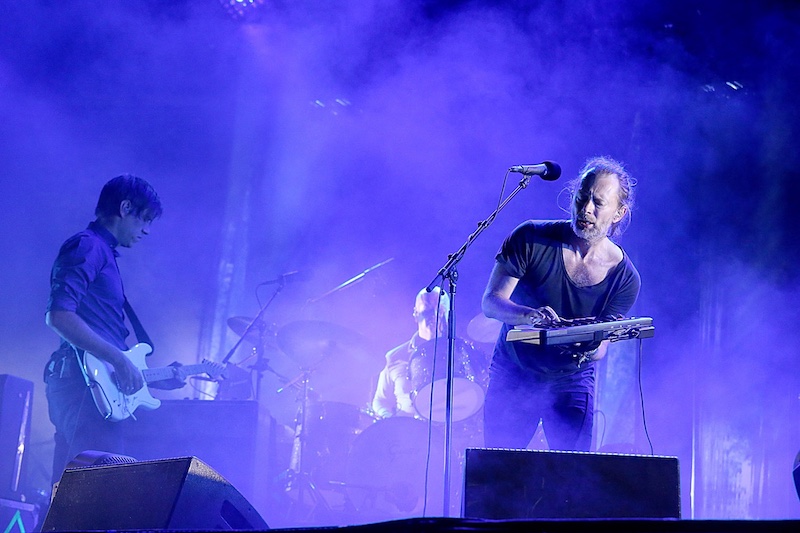 In light of recent unrest, and as one of the few people of color present, I was lifted out of the claustrophobia of ACL’s main headliner packing the Samsung stage cul de sac. Moreover, where I’d simply come to review a Radiohead show, I felt heard. Comprehensive and uplifting through the better part of two hours, freedom was delivered – if only temporarily.

Grayer in the beard, the band’s syncing was snare-tight and youthful, no doubt made possible, in part, by the inclusion of percussionist Clive Deamer to fatten up the areas around drummer Phil Selway’s meat-and-bones operation. Material from their ninth and latest studio LP, A Moon Shaped Pool, appropriately set the tone. A blistering, almost optimistic rendition of “Burn the Witch” opened the show in a more straightforward flourish than the album cut’s overflowing paranoia.

In fact, Radiohead’s reality lies in a groove virtually none of their former contemporaries could ever locate. Credit Radiohead taking cues from jazz giants John Coltrane and Miles Davis more so than from their rock predecessors. It was present in the “The Gloaming” and multi-percussionist roller “Bloom.” Nods to rock influences accompanied as well.

Yorke recited a few of Morrissey’s lines from the Smiths’ “How Soon Is Now?” before a bright, electrifying version of “2+2=5.” The group came back to jazzier notes on “Identikit,” playing stickier in an almost island fusion jam. For the Kid A needy, crowd-pleasers “The National Anthem” and “Everything in Its Right Place” elevated into more muscular territory without their practitioners losing any technical sensibility.

Radiohead sounds like a self-actualized band, finely tuned and in perfect balance. Twenty-five years after punching upward into the mainstream, the show – and their recent output – boast a band still rising to new peaks. 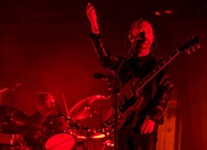