Flying Lotus may be the only ACL artist counting both Kendrick Lamar and Radiohead’s Thom Yorke as close collaborators and friends. Despite such connections, it still proved incongruous seeing the L.A. producer on the festival’s biggest stage. This is a dude whose latest release, 2014’s You’re Dead!, is a largely instrumental concept album about death. 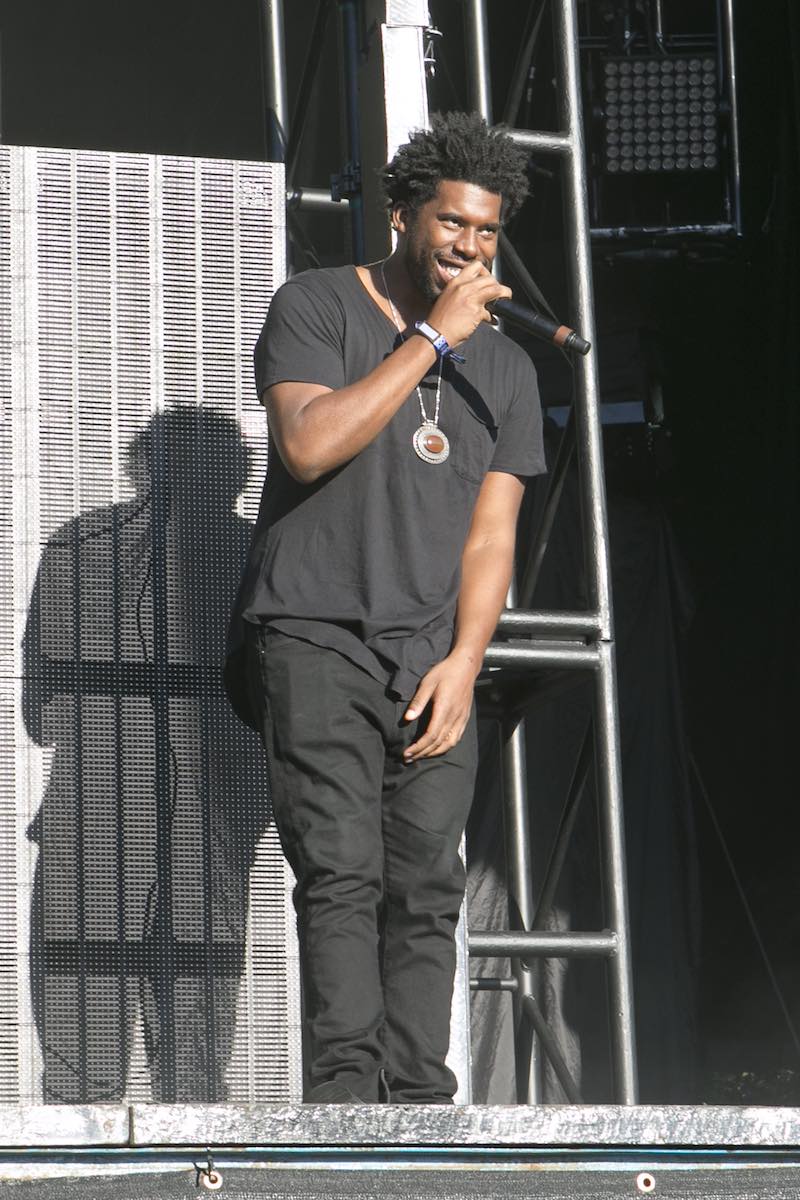 Meaning, a headlining set like that by Steven Ellison – 33 on the day he reprises his ACL slot next Friday – shouldn’t work. Yet, he won over the crowd with disarmingly casual banter and heady beats that lie somewhere on the margins between hip-hop and EDM.

With the skyline at his back and sun in his eyes (“I forgot my sunnies!”), he mixed tracks from his own production catalog from behind a laptop, occasionally stepping forward to drop a verse under the guise of rap alter-ego Captain Murphy. He let an orchestral symphony roll for 30 seconds before splicing in a skull-rattling bassline and taking credit.

“I produced this shit,” he said, sliding into “Wesley’s Theory,” which opens Kendrick Lamar’s To Pimp a Butterfly.

The dense tapestries of experimental jazz and down-tempo hip-hop were met with polite head nods, but Lotus suspected folks were camping out early for the headliner.

“Four years ago, I said I’d never open for Radiohead ever again,” he acknowledged. “It’s the best worst gig ever. You get to play for hella people who are all like, ‘Bring out Thom [Yorke] already.’” 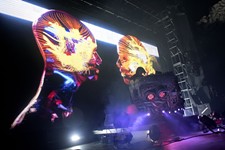