Recommended ACL Records to Get You Psyched for the Fest

Getting to ACL can be a bear. Make sure you have tunes to keep the energy high on your journey. Here are a few recommendable records to help your slow roll go faster. The daughter of Gordon “Sting” Sumner, Eliot Sumner formerly performed as I Blame Coco. Reclaiming her name on second LP Information, the songwriter/multi-instrumentalist stakes out darker, moodier territory than previously. “Dead Arms & Dead Legs” interrupts a perfectly good synth-pop tune with acid guitar noise, while “After Dark” paints its spritely synth licks with emotional amorality. The title track drives its message of infidelity into the cosmos with a relentless groove. Crooning in a voice deeper and richer than her father’s, Sumner masterfully subverts modern electro-pop anthemry by finding the dark cloud in the silver lining. (Friday, 12:15pm, Samsung stage; Weekend One only) – Michael Toland

Becoming the successor of Toronto’s rap throne isn’t attainable without Drake’s blessing, but Jazz Cartier is hellbent to do so on sophomore mixtape Hotel Paranoia. “I am the Prince of the city … the states compare me to Drake ’cause not many in the city can carry the weight,” he raps on opener “Talk of the Town.” Accentuated by magisterial horn and string sections mixed with codeine-sloshed boasts (“How We Do It”) and romp hooks (“Red Alert”), the rapper comes in tow with heavy braggadocio, sidestepping the sophomore slump after a strong debut in Marauding in Paradise. (Saturday, noon, Cirrus Logic stage; Weekend One only) – Alejandra Ramirez

Anything but Words (Warner Bros.) 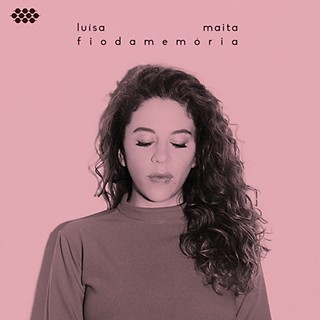 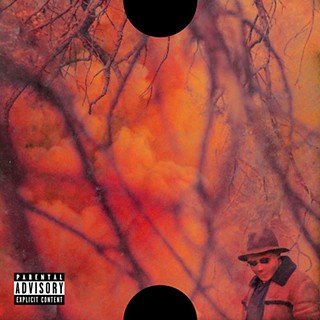 Schoolboy Q wants the dark, sprawling, bloated Blank Face LP to be his masterpiece. The Top Dawg Entertainment star raps, growls, and sneers over sultry horns, sparkling piano, and descending basslines on his 17-song, 72-minute opus, taking cues from label mate Kendrick Lamar’s genre-bending To Pimp a Butterfly. Anderson Paak’s soulful vocals add sinister braggadocio to album opener “Torch,” and the incendiary “Ride Out” pits Q against a bloodthirsty Vince Staples. Blank Face stalls near its end with pedestrian raps and an awkward R&B crossover bid, but when Q locks into the streetwise grooves of “Dope Dealer” and the lush psychedelia of “That Part,” he hints at the masterpiece he came tantalizingly close to making. (Saturday, 6:30pm, Samsung stage) – Bryan Rolli

Marlon Williams’ eponymous solo debut swoons through a versatile landscape of Americana, all the more impressive for the young songwriter’s New Zealand roots. Opener “Hello Miss Lonesome” chugs like Marty Robbins on a western trail to the Sixties power-pop of “After All,” and Southern gothic “Dark Child” bends an eerily low tenor against a haunting, soaring cover of “I’m Lost Without You.” “Lonely Side of Her” and “Silent Passage” tremble high lonesome alongside the stunning take on traditional “When I Was a Young Girl.” Americana may find its best representation in the Kiwi’s broad reach and inclusive interpretation. (Sunday, 2:15pm, Tito’s Handmade Vodka stage) – Doug Freeman

Three minutes into her debut album, Margo Price plunges listeners to the depths of her misery: Dad lost the farm, she can’t catch a break in Nashville, she lost her firstborn child, and no amount of booze can quell the anguish. The Third Man Records upstart turns this misfortune into motivation on Midwest Farmer’s Daughter, hellbent on making a name for herself and buying back that farm. Price attacks the superficiality of Music Row and extends a gleeful middle finger to an ex-lover, all to the tune of honky-tonk rhythms, weeping fiddles, and barroom lap steel guitar. Underneath the blustery sass and cynicism sparkles a tender human being still nursing old wounds. “I killed the angel on my shoulder with a fifth of Evan Williams when I found out you were never coming home,” she croons on “Since You Put Me Down” with a candidness rarely heard on modern country radio. (Sunday, 3pm, HomeAway stage) – Bryan Rolli

With 2010 debut Gorilla Manor, Local Natives served immediately palatable, but undeniably expansive rock. The Silver Lake fivepiece has pressed its boundaries and challenged its audiences since, a trend that continues on third LP Sunlit Youth. There’s so much to recognize as distinctly Local Natives: the climbing, upper-fret guitar lines punctuating “Past Lives,” the tribal drumming on “Dark Days,” and warm harmonies throughout the album. Even so, the band pushes boundaries with the Eighties-drenched digital beat of “Villainy” and roots-blues licks of “Coins.” Everything we love about Local Natives remains, but they make us work harder for it. (Sunday, 4pm, Honda stage) – Abby Johnston 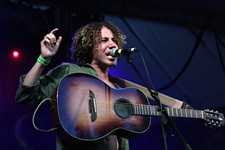