“At what age do you want to stop hearing ‘Happy Birthday’?” wondered James Blake about halfway through his 90-minute set at the Moody Theater on Sunday night. An audience member had just started a halfhearted impromptu sing-along to celebrate the UK crooner turning 28 today. “I think that may be now,” he quipped. 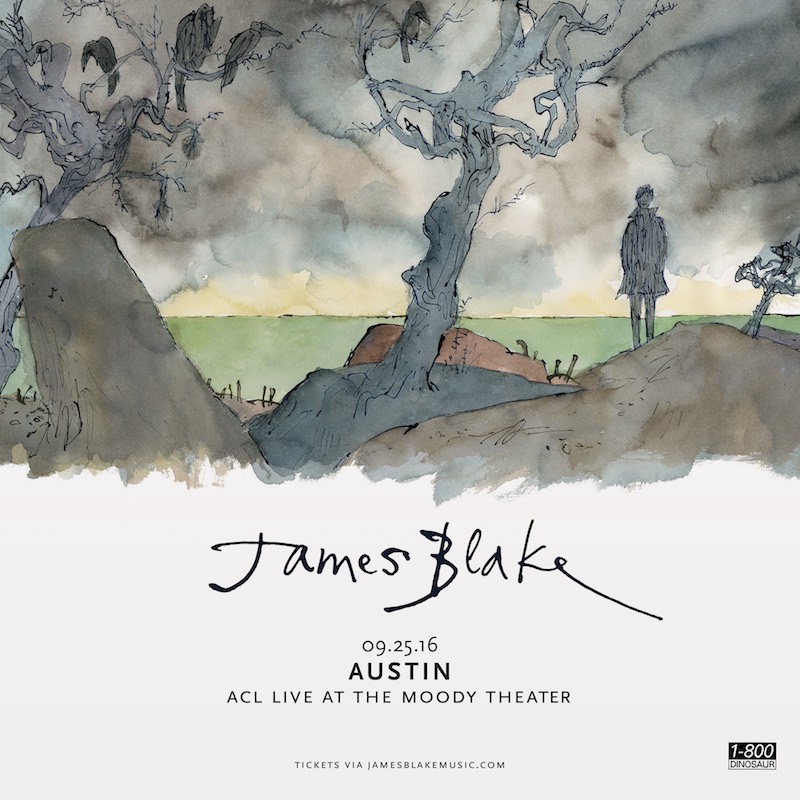 These rare moments the London native paused from delivering a bizarre and beautiful mix of piano chops, crooning, and EDM to awkwardly address the sizable audience were the only hints that Blake is, indeed, human and not part of the trance-inducing mélange of light and sound that flooded the Moody’s stage. He also used another such break to thank the audience for their support, noting to cheers that there are “no laptops and no automation” in his shows, which could very well be key to the James Blake live experience.

The 28-year-old singer braves the fragile bridge between singer-songwriter and electronic mastermind. Last night, his credentials for the former were tested by an extended version of “Forward,” his contribution to Beyoncé’s Lemonade. The piano ballad was the only song on her album in which she acted as a cameo and not the star. Blake’s flawless live rendition on Sunday made it clear why.

His voice soared neatly in and out of rolling falsettos and a simple chord progression, transfixing for its very simplicity.

Still, Blake thrives equally when not stripping down the music. During “Choose Me,” off May’s third LP The Colour in Anything, his smooth tenor and piano through line battled synth glitches, organic and electronic drumming by Ben Assiter, and guitar distortions from Rob McAndrews. As Blake’s vox settled into the electronic weave, the song eventually lapsed into a dark, Eighties-style synth jam, completely erasing any traces of what could’ve once been considered a ballad.

Blake doesn’t stick to just one shape-shifting formula, either. The lushness of “Love Me in Whatever Way” was marked by peaks and valleys, beginning with the singer’s falsetto soaring over digitized effects, then working its way up to a howl before descending into an eerie, pulsing organ solo. He finally pulled the rug out from under the whole melee, collapsing the whirl down to his piano man schtick.

In contrast to so many of his contemporaries, Blake’s willingness to brave digital soundscapes without prerecorded elements made him captivating. It also spoke to his abilities as a technical musician and performer, which fare equally alongside his skills as a producer. That runs in the family, since he ended the set with “Wilhelm Scream,” which Blake credits his father – English guitarist and singer James Litherland – with writing.

Tunes such as “Voyeur,” which indulges heavily in EDM, still transition smoothly into singer-songwriter mode, which James treats with the same focus and care as his synth-heavy yarns. It’s incredible to experience, because there’s absolutely nothing pre-fab about it.

So, the day before his birthday, Blake gifted ACL Live at the Moody Theater. Happy birthday, one and all. 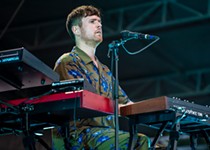 James Blake
If you make a duets album, better enlist a guest or two live