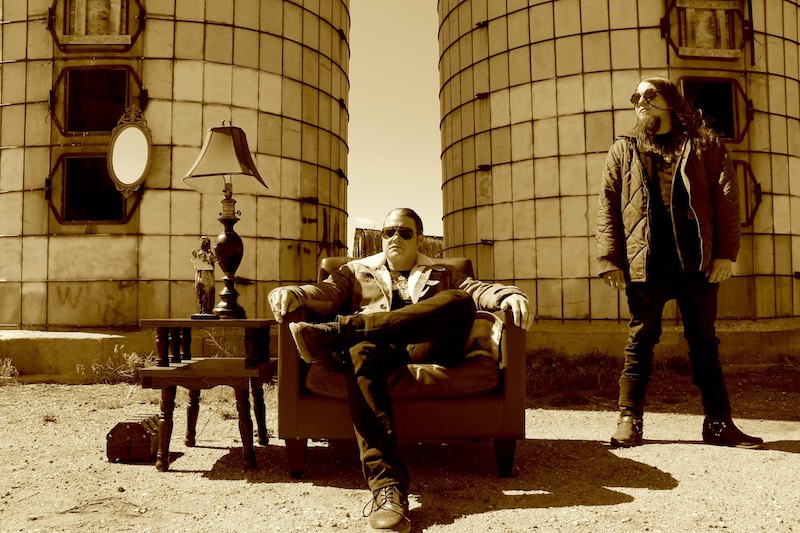 Austin Chronicle: Slow Forever got an ecstatic reaction. How does it feel to taken time off and then have your new work be so well received?

Erik Wunder: It’s been great, man. I’m really happy with the way the album is being received. People seem to be really enthusiastic about it, which is very cool. It’s nice to have all of that hard work reciprocated by the fans. It’s cool to see the reflection of your work as it’s being received by listeners. We put a lot of time and dedication and effort into putting it together, so it’s very encouraging that people are responding.

AC: Outside of the problems with Phil McSorley, what was the reason for the long layoff between Gin and Slow Forever? You also have Man’s Gin.

I spent the next five years living in Brooklyn, recorded two full-length Man’s Gin albums, did two European tours with Jarboe, one U.S. tour with Cobalt, and a U.S. tour with Man’s Gin, as well as regularly playing live in NYC. So I was totally immersed in music the whole time. It wasn’t until I returned to Colorado a couple years back that I really started focusing on new Cobalt material.

I mean, I wrote guitar parts and had song ideas floating around all throughout the New York period of my life, but I didn’t sit down and actually start piecing it together until I moved back to Colorado.

AC: How did you go about recruiting Charlie Fell? Are you a fan of Lord Mantis and his other projects?

EW: Yeah, I’m a huge fan. Lord Mantis was great. I originally met Charlie on the Jarboe/Nachtmystium European tour in 2010. Charlie was drumming for Nachtmystium, and I made fast friends with all of those guys. We stayed in touch over the years and would support each other’s bands when they would come through town.

When the insane media situation arose with Phil [over homophobic remarks], Charlie was the first guy I thought of to fill his role. I’d seen Lord Mantis live multiple times, and we even toured with them on the U.S. Cobalt tour we did back in 2013. Charlie has a really visceral, primal presence on the stage – very animalistic, very elemental.

I saw a lot in common between his vocal approach and what Phil was doing in Cobalt. Charlie was the first and only guy that came to mind for someone who could replace Phil and still have it be Cobalt.

AC: You and Fell are both multi-instrumentalists. How did you go about assigning responsibilities in the studio and onstage?

EW: The multi-instrumentalist dynamic was definitely helpful in the studio. Dave Otero, who runs Flatline Audio in Denver, is also a multi-instrumentalist. So we had a triumvirate of multi-talented guys coming together to make the record. That was great because we could look at certain songs from several different perspectives and decide where to go with it. And collectively, there’s a ton of experience and knowledge between the three of us.

As far as live responsibilities, I always feel like I should play drums in the live Cobalt band. The drum parts I write are so precise and specific that I don’t think I would want to try to teach it to someone else, or risk them not being able to perform on the level I would expect. So I hold down the fort with the drums, and then I teach the live guitars and bass parts to the new guys.

And of course Charlie holds down the vocal duties.

AC: Who else is filling out the live band?

EW:  We have two guys from the Denver metal scene on tour with us this time around. Shane McCarthy, the guitarist, has a band called Wayfarer that has an awesome new album out on Prosthetic Records, and then our bass player Jon Campos plays in doom metal juggernauts Primitive Man. So it’s a really solid team. We’ve been rehearsing constantly, and the songs are really starting to jell. It should be a serious wall of sound.

AC: How much of the album was recorded before you brought Fell in? Did you already have the music ready or did Fell’s ideas influence the way the music was written and recorded?

EW: By the time I asked Charlie to join the band I had the whole record written for the most part. I mean, I was still playing around with different ideas and trying out new things here and there, but for the most part it was done by the time I brought Charlie on board. This was about sixth months before we actually entered the studio, so the only recordings I had were homemade demo tapes.

AC: How much influence do you have on the words? Or do you trust the vocalist to write something both good and that isn’t at odds with your own thinking?

EW: We shared the responsibility of writing the lyrics, the phrasing and stylistic elements of it all. I spent about three weeks tracking the music for the album with Dave Otero, and then we had a span of three or four months between then and when Charlie came in to do the vocals. So Charlie had mixes of the songs without vocals to sit with and come up with ideas.

He came in with a notebook full of lyrics, and then we went through some of the lyrics that I had written in the past and hadn’t used on any of my albums yet. We sat with all the source material and pieced it together. We’d come up with thematic ideas, and then we’d cut and paste lyrics from either of our notebooks and see what happened.

It was all very fluid. We were able to get on the same page and really work toward the end goal with the same vision in mind. I feel like the album has a real stark, unique quality to it that’s hard to put your finger on specifically, but you can clearly tell that it’s there.

AC: The metal world likes to put albums and artists into genre-specific boxes, something which is impossible to do with Cobalt, especially since the band is about challenging established norms. Does this bother you, especially given how proprietary metal fans can be about their genres and favorites?

EW: It comes with the territory. No matter what you do, there will always be purists, art snobs, critics, and enthusiasts alike. I like the task of shattering those boundaries and really opening up the floodgates between all of these different musical influences that I grew up on and the things I’ve learned over the years.

As long as the music is coming from a pure, honest place, that’s what counts. As long as you’re truly tapping into your creative juices and really trying to exercise your abilities and your vision, then labels and genre tags aren’t important anymore.

I think I’ve taken it to a place where I’m making “Cobalt music” instead of, say, black metal or whatever.

AC: This is only your second tour in the band’s history. You must be looking forward to taking Slow Forever out on the road.

EW: Yeah, absolutely, man. Looking forward to bringing the madness to the stage. It will be cool to see how the crowds respond to it.

AC: Is this the beginning of new productivity for Cobalt?

EW: Yeah, for sure. More albums and more tours are on the way. We’re just beginning to get our touring legs under us, and once we get a good live rhythm going we’ll see where it takes us.