The world’s finally caught up to the outspoken Texas trio

Of course the Dixie Chicks launched their first U.S. tour in a decade during an election year. Halfway through a nearly two-hour set Sunday night at Circuit of the Americas, the screen behind the trio lit up with images of 2016 candidates. Slowly evolving into bipartisan mocking, both Hillary Clinton and Donald Trump were soon wearing clown noses and wigs. 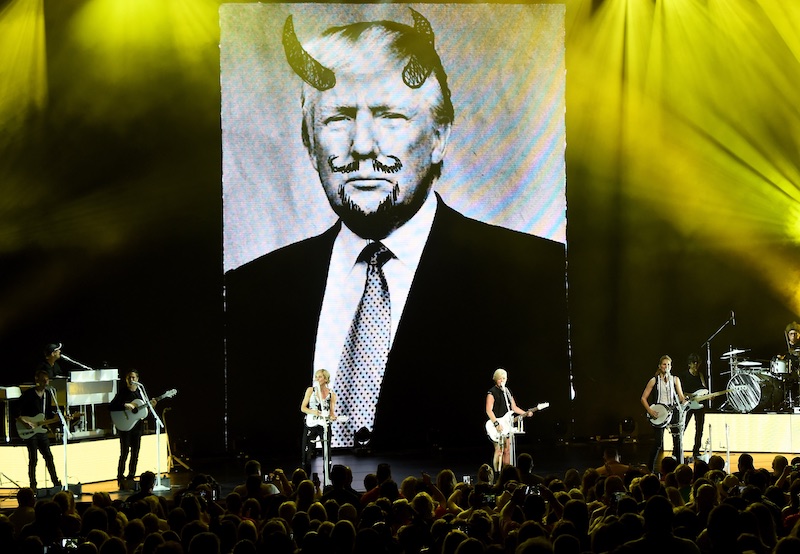 Photos by Getty Images for PMK 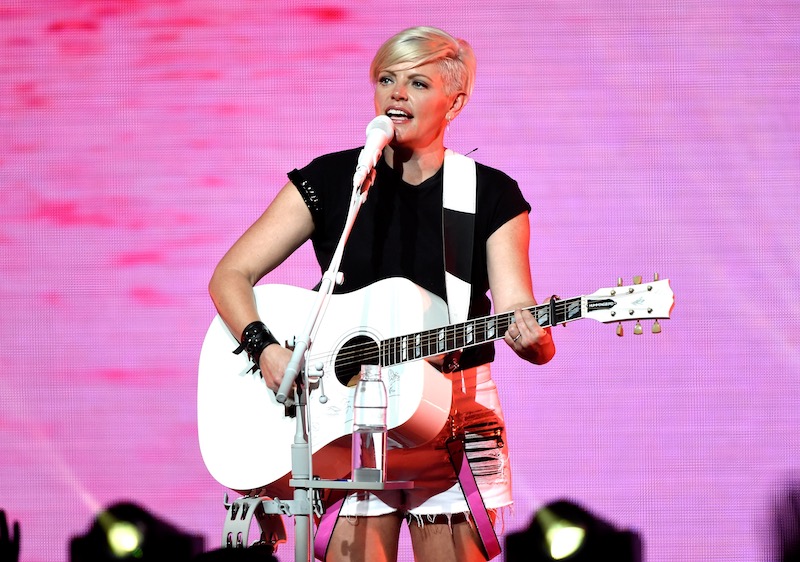 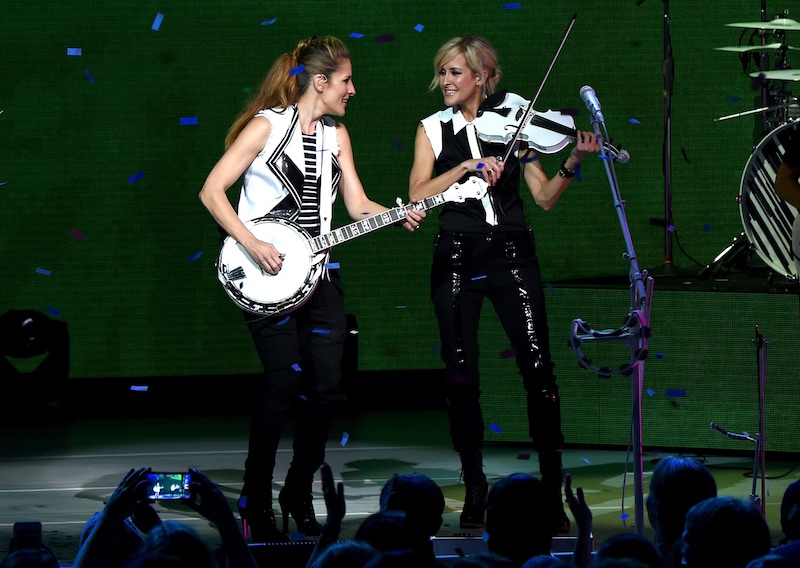 Finally, red, white, and blue ticker tape rained down on the sold-out show, capping a brilliant 2016 reinterpretation of “Ready to Run.”

Chick-in-Chief Natalie Maines forged a legacy out of bold statements. Her best remembered, a 2003 take-down of then-President George W. Bush in front of London crowds, almost derailed the Chicks. What better way to reintroduce her and sisters Emily Robison and Martie Maguire to the American public than in the middle of a political circus?

Discreet’s never been their thing.

If anything, the exile opened the group up to its fullest form of self-expression. Out front of a backing sixpiece, they covered all their bases, deftly winding through the mountain-touched hits that made them famous. Expansive songs such as “Cowboy Take Me Away” arrived on fleet fingerpicked banjo from Robison.

Still, it’s hard to imagine the Dixie Chicks fearlessly paying tribute to Prince 10 years ago. Delivering a burning rendition of “Nothing Compares 2 U,” the entire ensemble fell in line behind legendary pedal steel player and Natalie’s father, Lloyd Maines, who joined the band for three Texas stops. It’s equally difficult to imagine the Chicks rolling out Beyoncé’s “Daddy Lessons,” which while rooted in the band’s native genre, wouldn’t have been welcomed with open arms from the band’s largely country fan base once upon a time.

Even a bluegrass interlude by Maguire and Robison included a brief take on the White Stripes’ “Seven Nation Army” and Beyoncé’s “Single Ladies.”

Other covers were more familiar. The Chicks have long been fans of Austin’s Patty Griffin, and they’ve executed her songcraft with aplomb. Best fit goes to Sunday night barn-burner “Don’t Let Me Die in Florida,” its insistent banjo licks and guitar work lighting up the tune.

Although the group’s felt the sting of rejection from some of its original genre fan base, they’re unafraid to dive back into the unabashedly country-fried wails that got them to the top. Maguire’s fiddle made the vast fields described in “Wide Open Spaces” even more expansive, her lines soaring skyward. The tenderness of “Traveling Soldier” became more intimate with just the trio onstage, harmonizing and plucking in a fashion fit for a campfire.

The ladies likewise got down and dirty on redneck vice anthem “Sin Wagon.” Clearly, their country chops remain strong. Even so, the Dixie Chicks transcended Nashville radio mores, the only difference being that now the world’s ready to embrace that side of them in a way that wasn’t possible in 2003.

In our current political climate, no one’s going to throw darts at their photo for drawing a mustache and devil horns on Trump during “Goodbye Earl,” or walk out of the concert because they had Planned Parenthood representatives on-site. During the last song of the evening, the group brought out dozens of children onstage to call for a more peaceful future during a cover of Ben Harper’s “Better Way.”

Finally, no holds barred, Emily Maines, Emily Robison, and Martie Maguire are able to be themselves. That’s because the world’s changed. Not the Dixie Chicks.