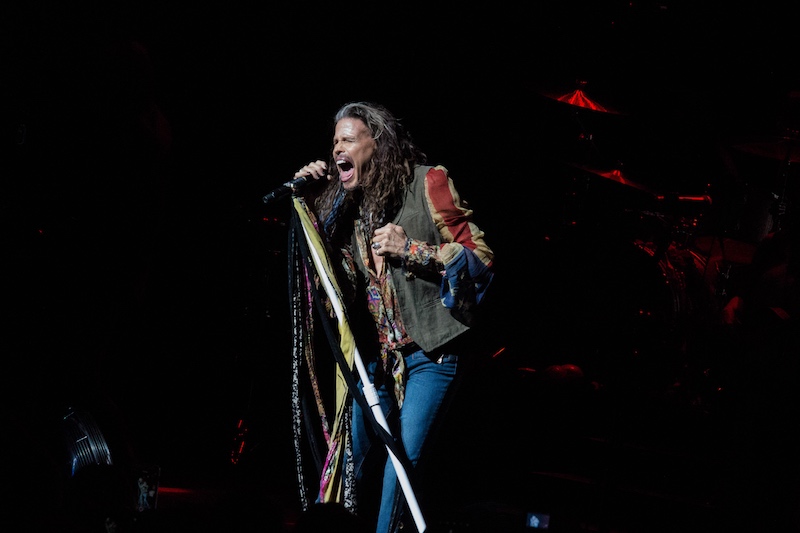 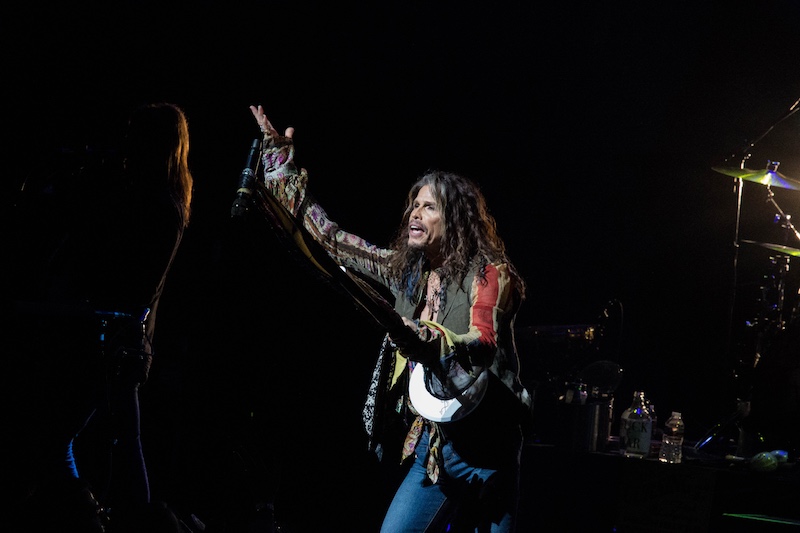 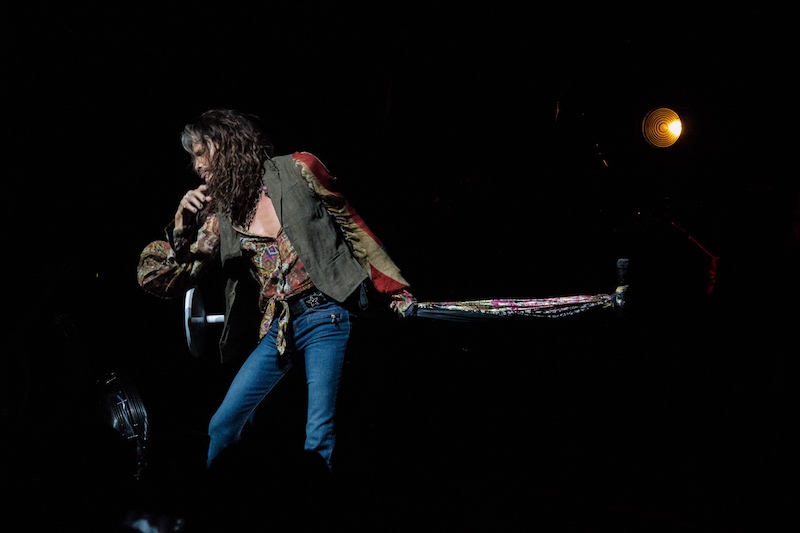 “See? That proves that country is the new rock & roll!” Tyler shouted gleefully.

Such is the premise behind the Aerosmith frontman’s debut solo album, We’re All Somebody From Somewhere, whose 15 songs cross Nashville twang with rock & roll bombast and power ballad melodrama. Can it go toe-to-toe with the best of Aerosmith’s catalog? No, but that’s not the point.

Instead, it’s a fun romp through country and pop-rock that allows the fireball lead singer to flex his pipes and rediscover his roots. It doesn’t hurt that the album just peaked atop the Billboard Country chart – a fact Tyler relished telling the audience.

“Hey, if you had a message for the kids today, what would you tell them?” a pre-recorded voice asks at the start of the title track.

To mark the release of We’re All Somebody From Somewhere and 45 years at the helm of one of America’s biggest rock bands, Tyler’s Out on a Limb Tour combines Aerosmith classics and the stories behind them, new songs, and a slew of covers from the singer’s formative years. Backed by Nashville sixpiece the Loving Mary (led by Aerosmith collaborator Marti Frederiksen), the bandleader performed with utmost conviction before a crowd much smaller than the ones he’s used to with his other band.

After opening with the one-two punch of “Sweet Emotion” and “Cryin’,” Tyler plowed through a Beatles medley consisting of “I’m Down,” “Oh! Darling,” and “Come Together.” With his raspy howl and shrieking falsetto, the four-time Grammy winner has usurped Paul McCartney’s crown for best Little Richard impersonator.

At 68, Tyler remains the best-preserved frontman in rock. Donning a pair of hip-hugging jeans and floral shirt opened to his belly button, the singer kicked, strutted, and spun across the stage all night, flashing his pearly whites and clutching his trusty microphone stand adorned with scarves in a multitude of patterns and colors. His pipes are slightly raspier now than they were four decades ago, adding maturity to classics like “Dream On” and “What It Takes,” while still hitting every high note with ease.

Of course, some parts age more gracefully than others.

“Do you see me any better with those binoculars?” he asked an audience member. “Or should I say, what are you looking at? ‘Cause it ain’t gonna get any bigger!”

Pictures of Tyler’s family home in Sunapee, New Hampshire, flashed onscreen as he introduced a cover of Fleetwood Mac’s “Rattlesnake Shake.” It’s where the singer first heard Aerosmith lead guitarist Joe Perry – then a quiet, gangly fry cook with mountains of black hair and thick, horn-rimmed glasses – cover the song with the Jam Band in 1969, and immediately knew they had to join forces.

“I took a melodic sensibility and rock & roll, and mixed them together like chocolate and peanut butter,” said Tyler before wailing through the slow-burning blues jam.

That blend of melody and muscle has shaped many of Aerosmith’s greatest songs, from “Back in the Saddle” to “Love in an Elevator.” Without Perry’s sleazy, monolithic riffing, Tyler’s own skills as a master balladeer and impeccable pop craftsman took center stage in Austin. If the set list skewed saccharine, the singer made up for it with his earnestness.

“I used to think, ‘I hope I get out of here before I’m old and gray,’” Tyler told the audience at one point. “But now I’m gonna rock until I drop.”

The House Is Rockin’
A final tune for ‘Breaking Bad’ 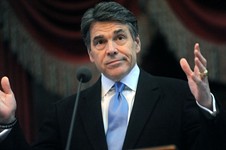