Greatness always arrives in the nick of time. After co-starring as kid genius in older brother Ziggy’s acclaimed reggae outfit the Melody Makers, Stephen Marley bloomed late as a solo artist. At 34, the Kingston, Jamaica-reared singer released 2007’s thoughtful and timeless debut Mind Control, earning him his first Grammy in a continuing line of them. 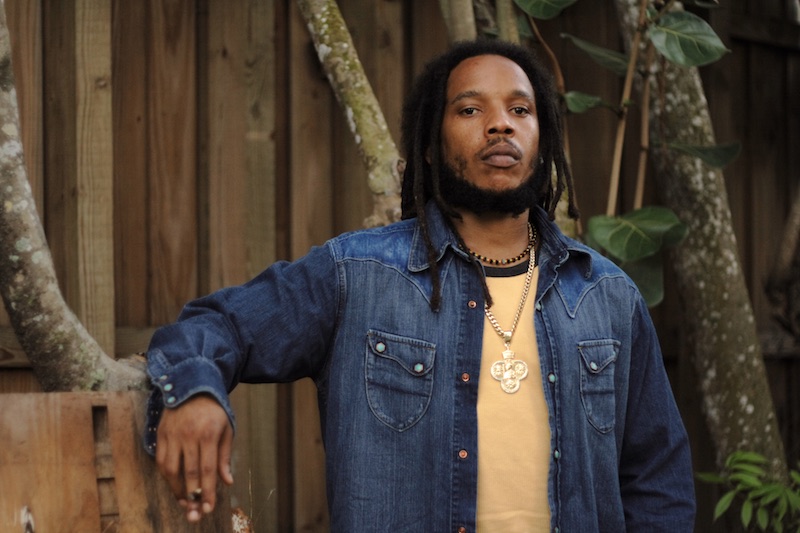 What followed was a Seventies-era, Stevie Wonder-like hoarding of Best Reggae Album winners, including subsequent releases Mind Control Acoustic and Revelation Pt. 1: The Root of Life. He’s staked his claim as creative heir to his father Bob Marley’s throne.

Following its precursor after five years, Revelation Pt. 2: The Fruit of Life – out today – takes more calculated chances, capably delving into hip-hop, while exploring the connection to Marley’s inborn reggae.

Austin Chronicle: Was the album’s release pushed back? Seems like it was supposed to come out a couple of years ago. What happened in the last 12 to 18 months?

Stephen Marley: We waited [for it to be] ripe and ready, as far as the process goes. There were a lot of collaborations, which is the concept of the album – combining different genres of music. It took some time, everyone’s schedule, my schedule. Getting the best product together, it took some time. Mostly scheduling with others, putting it together, and making sure it’s right.

AC: On it there’s family, your brothers Damian and Ky-Mani, and other reggae/dancehall standouts including Boutny Killer. Yet there’s a clear hip-hop sway with Rick Ross, Black Thought, Dead Prez, and even DJ Khaled. Rakim and Busta Rhymes stood out to me.

SM: Hip-hop is an offspring of reggae, so you know the history of hip-hop and you know the relationship with hip-hop and Jamaica. That’s just a natural union. It’s a natural thing. Rakim is a legend, Busta is a legend. I met Rakim doing Distant Relatives with Damian and Nas, who had a symposium about the relationship between Jamaican music and hip-hop. Rakim was there. From there, we expressed a mutual desire to work together.

Busta I’ve known for years. It was a natural process working with Busta again.

AC: You don’t ever sound lost, even with all the other voices.

SM: Thank you. I mean, I’m coming from my soul. No matter the sound, the integrity will always be there, because that’s coming from me, my person, who I am. You know what I mean? I guess that helps to keep me myself.

AC: Your music typically maintains some loose political matter. What was your view of recent events involving the police?

SM: I’ll tell you the truth, my brother: These things happen all over the world. Where I come from, Jamaica, people die, people get brutalized every day. Every day. I don’t think about what’s going on here, and how these two things influence me. It’s sad to hear any life lost. All life is precious. The greatest gift of God is life, and we should respect that. [But] I don’t really think about, “Well, these two people passed away in America.” It’s the whole thing.

AC: We’re getting to this world where, even with social media, we’re further apart than ever.

SM: The beginning of the album is a speech by Charlie Chaplin [from The Great Dictator], which I think explains and touches on this topic that you’re saying now. That’s what I want to say, what that speech says. So many things are supposed to bring us closer together, but yet we’re farther apart than we have ever been.

AC: You’re no longer on Tuff Gong/Universal. You released this project on your own Ghetto Youth International imprint.

SM: Major label is about making money. My music is about getting the music to the people. Money will come, if money is coming. This business for me now is more of a mission, more of a duty. When I’m with a major label, I’m basically employed by these people, and I have to deliver a product for them to sell. It’s not a product for them to free people’s mind, so we don’t share the same purpose. We’re not aligned like that and it’s very important to me. 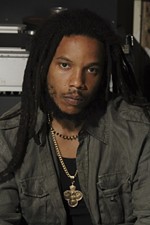 Stephen Marley Q&A
Reggae scion on hip-hop, Bob, and a new branch on the family tree