Because viewing it alone on C-Span is so depressing

Tonight, the GOP hangs red, white, and blue streamers in Cleveland as it rallies begrudgingly behind nontraditional nominee Donald J. Trump. Texas Governor Greg Abbott got a doctor’s note to excuse him from the Republican National Convention, but a stampede of pachyderms that includes Austin’s Yuppie Pricks otherwise scrambles to façade party unity. 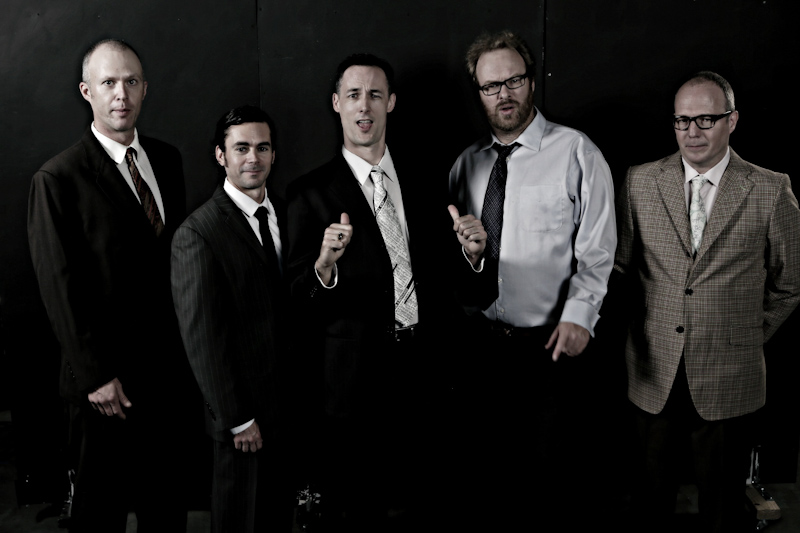 Night one of the RNC promises oratory prowess from former celebrity Scott Baio, first lady candidate Melania Trump, and Duck Dynasty’s Willie Robertson. For locals who couldn’t make the 1,400-mile sojourn to home of the Rock & Roll Hall of Fame, Downtown nightclub Barracuda streams the action live 7-10pm. You can thank the Pricks for the watch party, subtitled Anarchy in the GOP.

Recall the homegrown quintet for perpetration of a blue-blooded brand of conservatism beginning during the Clinton Administration, soundtracked by originals like “Fuck You, I’m Rich,” “Coke Party,” and “Corporate Welfare Whores.” Led by Trevor Middleton – Pharma Bro meets American Psycho protagonist Patrick Bateman – the Yuppie Pricks have remained politically relevant on platforms highlighted recently by a Trump-inspired (okay, cardboard) wall they built around themselves onstage during South by Southwest that read “Poor on this side” and “Send tacos, not rapists.” Expect Middleton and his stock-brokering, yacht-owning, tennis-playing, one-percenter bandmates to offer crucial endorsement of the billionaire developer, who in all his presidential bashing has yet to tweet out the Pricks’ politically incorrect “Obama” video.

These punks perform tonight backlit by the RNC telecast. It’s free, but donations are being collected for the family of Rockland Eagles frontman Mark Hutchins, who died unexpectedly in late May. Also stumping for Trump: garage rock amphibian Gar Gar and Adolf Foxworthy, a comedian with a repertoire of “You might be a Nazi” jokes.