Love in the Time of Mitski

Creeping anxiety and no happy endings, but comforting nonetheless

Mitski didn’t wear shoes to her show Saturday at Sidewinder, her feet clad instead in dark-colored crew socks with bright pink toes. Halfway through her set, the 25-year-old New Yorker stood onstage alone, playing a guitar she couldn’t get perfectly tuned. The singer fumbled around before giving up, still completely cool and unperturbed. 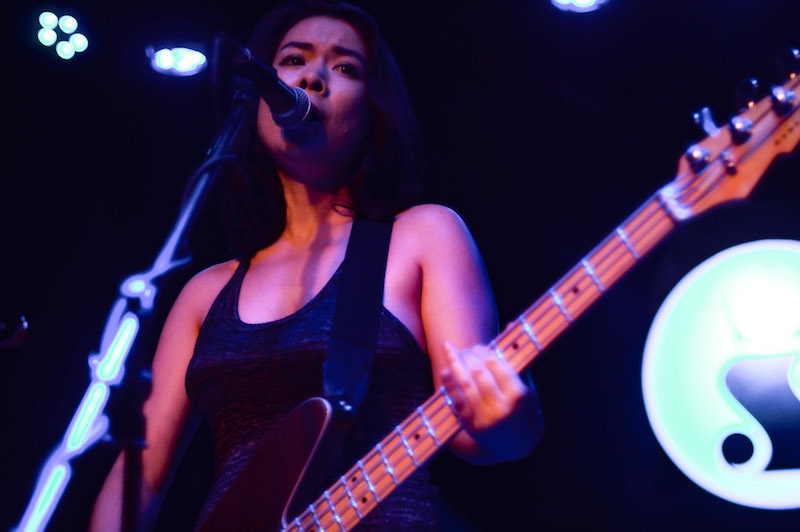 “It’s gonna be out of tune, okay?” she said, looking up at the crowd, tongue in cheek. “It’s a reflection of life.”

The venue’s outside stage had sold-out, the bulk of the audience wearing double Xs on their hands – too young to buy an adult beverage, but old enough to understand Mitski’s self-aware lyricism prodding around the intimate parts of apathy, depression, and the fleeting feelings of love. In the same way that the increase of streaming music coincides with the rise of people buying records, kids now hunger for authenticity amidst carefully-curated social media accounts. The dedicated cult of Mitski Miyawaki, who performs under her first name, is one that covets her unapologetic sincerity and earnestness in the same way they do her arresting voice and careful guitar lines.

While sonically tight, palpable discomfort plagued the group’s guitarist, so Mitski traded her bass for a six-string and took the second half of her set solo. Beginning with a fragile, gentle version of the swelling lead single from the new disc, “Your Best American Girl,” the singer captivated with just an electric guitar and the break of her voice. Stripped down, “Fireworks” featured a frantic guitar line and breakdown reminiscent of the sound and psychosis pulsing on Neutral Milk Hotel’s “Two-Headed Boy,” while “I Will,” a stunner of a love song, held the night’s stand-out vocals.

“Two more quiet songs,” mumbled Mitski into the microphone, the bass from another Red River show thrumming loudly. She laughed, welcoming the intrusion: “It’ll be a metaphor for the creeping anxiety in the background.”

Fittingly, she launched into “A Burning Hill,” comparing herself to a forest on fire, a person consumed by apathy. Instead of an encore, Mitski closed simply with “Last Words of a Shooting Star,” a harrowing, creeping track trailing a narrator’s train of thought as she realizes her plane is crashing: “So I am relieved that the turbulence wasn’t forecasted, I couldn’t have changed anyways.”

There was something eerie in the sound of a capacity audience quietly singing along to such cryptic words. It felt like a contagious ache, acceptance that maybe there aren’t really any happy endings, yet a strange comfort in being surrounded by people willing to embrace that. 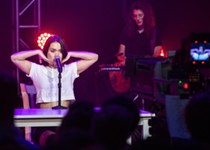 Mitski’s Austin City Limits Taping Precedes Her Performance Hiatus
“I will retire to the Salton Sea... For I may never be free”