In April 1980, I was 14, and my campaign to see the Who at the Oakland Coliseum understandably doomed. Post-birthday that summer, the Cars at the same venue proved a poor runner-up. (Van Halen there next, no better.) The first proved a bitter precedent throughout high school, college, and grad school: Homework – reading – usurping fun.

The day they bestowed a graduate degree on me, in June 1992, I pictured myself sprinting through the university gates and just across the threshold turning, putting a thumb to my nose, and waving all five fingers in a “So long, suckers” salute. Never again would I sit home r-e-a-d-i-n-g when there was life to be lived! That summer in San Antonio, Stephen King’s Needful Things was the last of his initial run that I read, and other than being wrecked by A Prayer for Owen Meany the next spring in my new $125 Hyde Park abode, the only bound materials I dared crack were my contributions to the Chronicle’s semi-annual music books sections.

I saw the Who at least three times in that span. 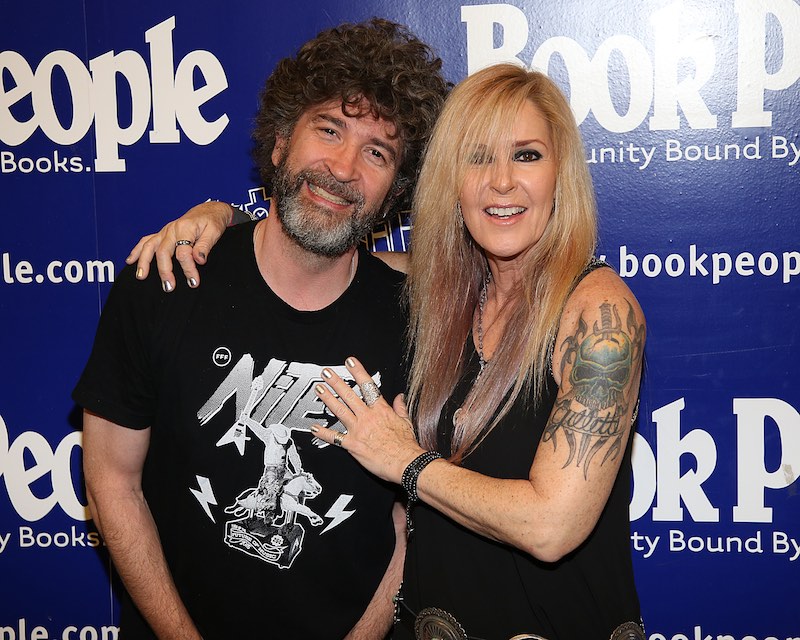 Lita Ford with yours truly at BookPeople, 2.27.16 (Photo by Gary Miller)

Even better, the first Stephen King novel I bought since my initial months in Texas, 2014’s Revival, was signed for me by its author at BookPeople, where Owen Meany creator John Irving also paid a visit last year. My slot in this year’s summer reading issue binds itself to BookPeople in that I read Lita Ford page-turner Living Like a Runaway because the indie book beacon asked I conduct the Q&A for her appearance there. That followed memorable sit-downs there with Megadeth’s Dave Ellefson and three-quarters of the great and mighty Jesus Lizard.

What’s really brought my live music going to its knees these last two years isn’t my lips moving over page after page of paperback writers, however. Try parenthood. Not to be outsmarted by a toddler, my last Texas Book Festival volleys have been works for children, Ziggy Marley’s I Love You Too and Little Melba & Her Big Trombone.

In fact, I now find many of my favorite acts can be consumed thusly: 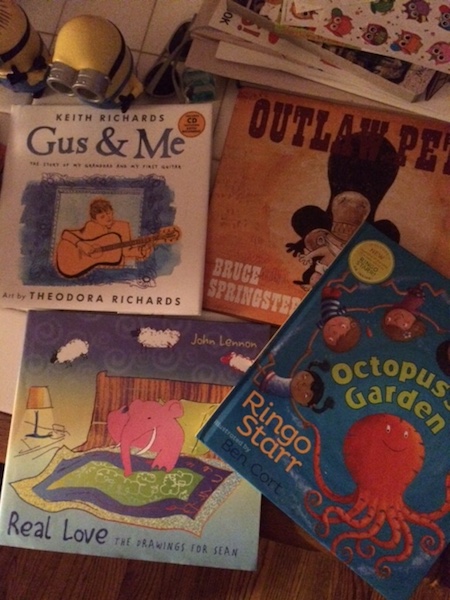 That’s not to say that Stephen Harrigan’s dazzling 1980 debut Aransas didn’t catch my eye in our books office on title alone, nor that its Gulf Coast rhythms failed to touch off more aquatic interludes whilst I rocked our baby to sleep for months on end in his (God Save the Queen) bouncy seat. Aransas was followed by my revisiting Peter Benchley’s follow-up to Jaws, 1977’s The Deep, but Lazlo started acclimating to his crib before I could get to Arthur C. Clarke’s non-fiction undersea dive, The Reefs of Taprobane from 2002.

Doug Freeman’s manuscript from Mexico still needs to be restarted in my late-night rotation. Mistake starting a music book for pleasure, but who could resist a title like metallurgy tell-all Choosing Death. The latter can’t be finished before the former, and the former can’t be picked up again before a homework assignment I must finish before summer’s end – concert promotions great Bill Graham’s 1992 autobiography, My Life Inside Rock and Out. You read that right: An autobiography by the late emperor of live music might keep me out of local clubs in the coming months. At least the Who played Austin last year.