Decisions define musical acts same as people. Who from where and playing what when? Influences, yes. How tight, how long, how ’bout that singer? Why those pants? Selling out ACL Live at the Moody Theater immediately, the Avett Brothers proved on Sunday night they’re still a band apart.

For the folk-rock force of nature from North Carolina, covering Thin Lizzy’s “The Boys Are Back in Town” on December’s Live, Vol. Four likely raised no more eyebrows than the group honoring Merle Haggard half-a-dozen songs into last night’s two-hour performance. “Mama Tried” proved easily anthemic in place of some of their own notables that went missing, “Kick Drum Heart” and “Live and Die” both played in Dallas the night before. Taken together, the covers’ convincing facility demonstrate the core quartet’s classic rock pedigree at 16. 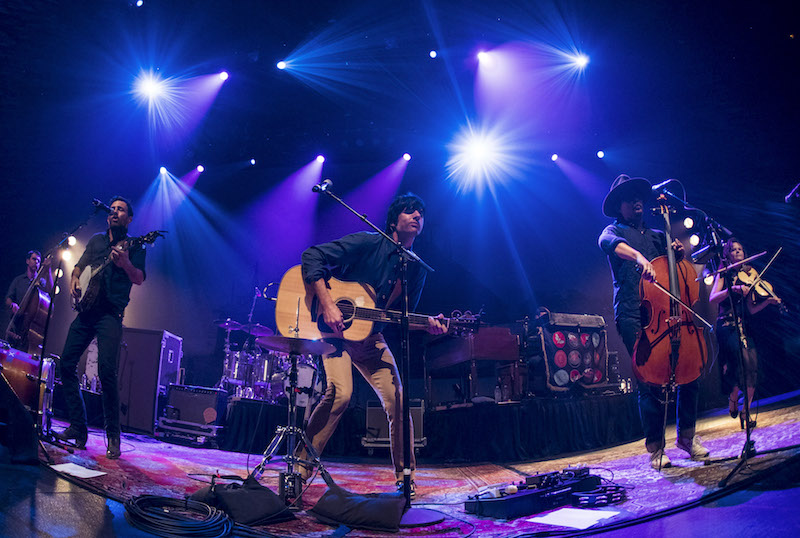 The frontline (left to right) of bassist Bob Crawford, banjo picker Scott Avett, guitarist Seth Avett, cellist Joe Kwon, and fiddler Tania Elizabeth opened with a kazoo jam on “The D Bag Rag,” driven by drummer Mike Marsh and pianist/double bassist/organist Paul DeFiglia. “Go to Sleep” followed that rollick atop la, la, las, and “The Fall” continued full throttle behind crazy legs Seth Avett and the clod hopper stomp of his older brother. A stagewide backdrop of a log cabin in snow, plus white spotlights diffused into snowflake-like patterns, only heightened the sensation that Mother Nature had assumed control of the evening holler.

Where the legendary chemistry of the Band (Levon Helm, Robbie Robertsom, Richard Manuel, et al.) was tortured, the Avetts stoke roots ecstasy with a high tide of energy and brotherhood literal and figurative. Scott’s banjo-synced tenor – broad, rolling – harmonized with Seth’s higher keen, both as authentic as Pete Seeger, via “Hard Worker and the a cappella-brushed folk funk of “Ain’t No Man,” first song and single from June 24’s ninth studio album True Sadness. Even so, Bob Wills’ “Stay a Little Longer” ripped and rang with such barrelhouse swagger one could almost imagine Johnny Cash jigging in his crypt. 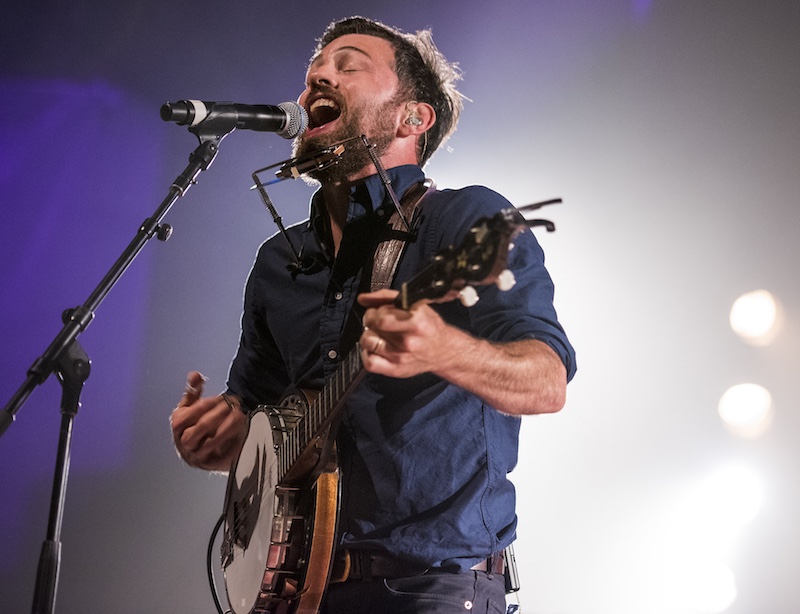 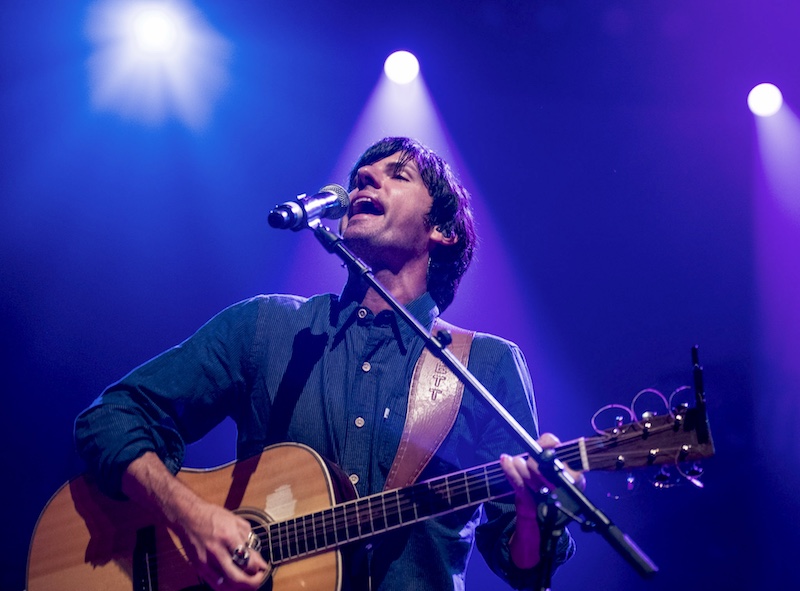 Another new LP preview, “Divorce Separation Blues” yodeled evocative of the Gram Parsons-led Byrds, its closing litany of sad sack “separation” rhymes (“pain allocation”) as thrilling as a Dylan verse. That matched up neck and neck with the two bandleaders guesting Jim Avett for Father’s Day on “In the Garden, their parent showing off a bit of Roger McGuinn meets Roy Orbison. Scott Avett then donned glasses enumerating “4-0,” minutes later encored by the audience singing him “Happy Birthday.”

2027, mark it on your calendar. That’s the year the Avett Brothers will be eligible for the Rock & Roll Hall of Fame. 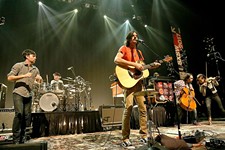