Digging into the landmark bio of rock & roll’s colonel 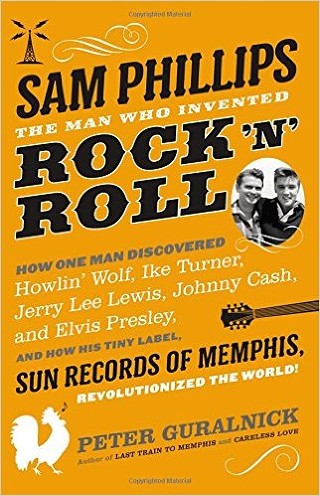 Our December detailing of Elvis Presley’s early shows in Austin coincided with publication of a definitive biography on the man who discovered him. Sam Phillips: The Man Who Invented Rock & Roll by Peter Guralnick provided deep background on the moment Presley became Johnny Appleseed and transformed music. Missing was analysis of the book itself.

This cursory list of songs Sam C. Phillips produced at 706 Union Avenue in Memphis, either releasing them himself or leasing to other seminal imprints like Chess Records, reveals that the title to Peter Guralnick’s definitive Phillips biography is no idle boast. The remaining subtitle almost reveals the plot line to last November’s epic tome: “How one man discovered Howlin’ Wolf, Ike Turner, Jerry Lee Lewis, Johnny Cash, and Elvis Presley, and how his tiny label, Sun Records of Memphis, revolutionized the world!”

That barely touches on the achievements of Phillips (1923-2003), much less the breadth, scope, and importance of Sam Phillips: The Man Who Invented Rock & Roll.

Born – as the infinitely oratorial producer once said of his greatest discovery, Presley – “of the soil” outside Florence, Alabama, Phillips found his life’s inspiration via the lives, music, and culture of the black men and women he grew up alongside.

“They found a way to worship,” he says six pages in. “You could hear it. You could feel it. You didn’t have to be inside a building. You could participate in a cotton patch, picking four rows at a time, at 110 degrees! I mean, I saw the inequity.

“But even at 5 or 6 years old I found myself caught up in a type of emotional reaction .... I mean, these were some of the astutest people I’ve ever known, and they were in [most] cases almost totally overlooked, except as a beast of burden. But even at that age, I recognized that ... the backs of these people aren’t broken.

“They [can] find it in their souls to live a life that is not going to take the joy of living away.”

Therein lies the Damascene moment that defines Phillips’ life, driving his business and creative model, and leading to an obsessive documentation of the blues. That and the recording of pilled-up hillbillies’ manic iterations of the blues inside his echo chamber gave rise to rockabilly out of Phillips’ statement that manifested in the discovery and rise of Presley: “If I could find a white man who had the Negro sound and the Negro feel, I could make a billion dollars.”

It also made Phillips, for all intents and purposes, an early Civil Rights warrior, subversively injecting African-American DNA into mainstream American pop culture via the agency of those Southern hep cats to whose music he was applying slapback and urging them to relax and plumb artistic depths they oft-times hardly realized they had themselves. In urging the musicians cramming into Memphis Recording Service’s magic room to “give ol’ Sam one more,” he got future legends to be more themselves than they knew they could be. 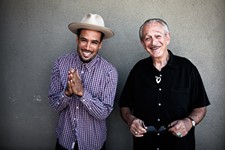