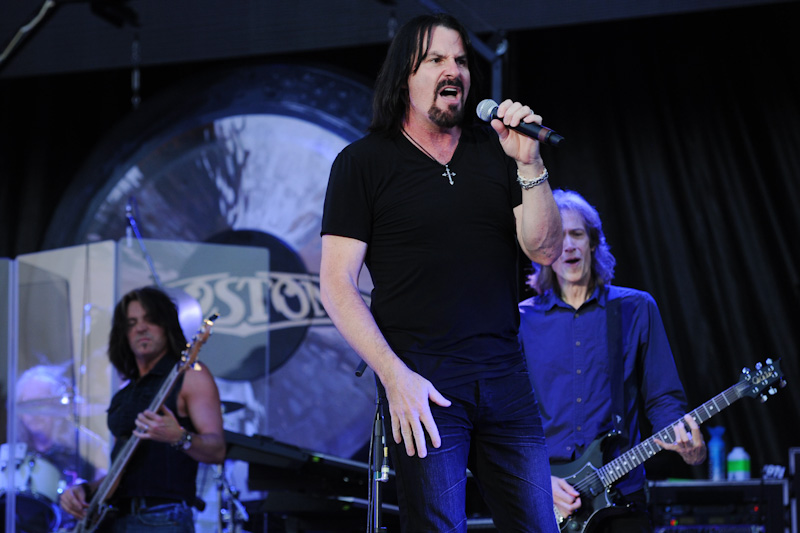 Austin’s skyline: a blossoming bouquet of steel and concrete, ascending boldly into the Texas night sky, muffling the celestial tapestry with the brilliant light of a thousand apartments and offices.

It’s a striking sight to behold from select vantage points, perhaps none more than directly across the Colorado River, where Austinites have seen the growing cityscape backdrop bands for decades at Aqua Fest, ACL Fest, Fun Fun Fun Fest, Reggae Fest, Blues on the Green, Sound and Cinema, and South By Southwest. Accordingly, Saturday saw the opening of a new outdoor concert venue positioned on the front lawn of the Long Center: the Skyline Theater.

Except it doesn’t quite overlook Downtown.

The stage orientation at the Skyline Theater instead has crowds looking to the west, toward Lamar Blvd., while the cityscape looms over their right shoulders – making the venue’s name something of a misnomer. Vanessa Kromer, VP of Communications for Nederlander Concerts – the theatre promotions company that’s joined forces with local event producer Paul Thornton as Paragon Presents to operate the Skyline – explained that the stage needs to face that way in order for the space to accommodate the thousands of attendees that will come to concerts at the new venue.

Fiftysomething couples set down their salami sandwiches (you can bring a picnic basket to the Skyline) and embraced as DeYoung’s unmistakable voice demanded passion: “Layyy-day turn me on when I’m lonely. Show me whoa-whoa-all of your charms!”

The curly-headed pop-rock survivor and his sixpiece band – including guitarist August Zadra, who split lead vocal duties – stocked enough hits to supply most of his 40-minute opener slot. Next up, an exceedingly stagey version of “Mr. Roboto” in which DeYoung hoisted up a mask that appeared to be stolen from the wardrobe closet of Robin Williams sci-fi flop Bicentennial Man, declaring “Oh he likes Texas, but it’s the humidity he hates!”

Soon after, “Renegade” was re-created with uncommon accuracy to the original recording. DeYoung prefaced it with a poll: “How many of you were in high school between '75 and '84?” (Loud cheers.) “I’m shocked – I figured this for a Megadeth crowd.”

The growing audience of people stationed on lawn chairs and on blankets – the Skyline Theater has no fixed seating – universally rose to their feet with the playful plinking of a piano composition instantly recognizable to anyone who has ever owned a radio: “I’m sailing away, set an open course for the virgin seas,” the audience sang in unison before DeYoung had even opened his mouth. DeYoung may be estranged from the band he co-founded – and, legally, their trademark – but that night his tender escapist anthem endured.

The converse of DeYoung being a singer without his band, Boston has functioned as a band without its singer since primary frontman Brad Delp took his own life in 2007. Still, Boston’s true majordomo Tom Scholz – lead guitarist, songwriter, keyboardist, producer, engineer, effects pedal inventor – remains in the captain’s seat of the classic rock band’s flying saucer, even if he's traded the white jumpsuits of Boston’s prime to dress like a pool cleaner in cargo shorts and sleeveless T-shirt.

Scholz remains an electrifying guitar composer and from the hammer-on intro of set opening 1976 mission statement “Rock and Roll Band,” it was clear that the band’s 40th anniversary tour wouldn’t suffer with a lean on new material. 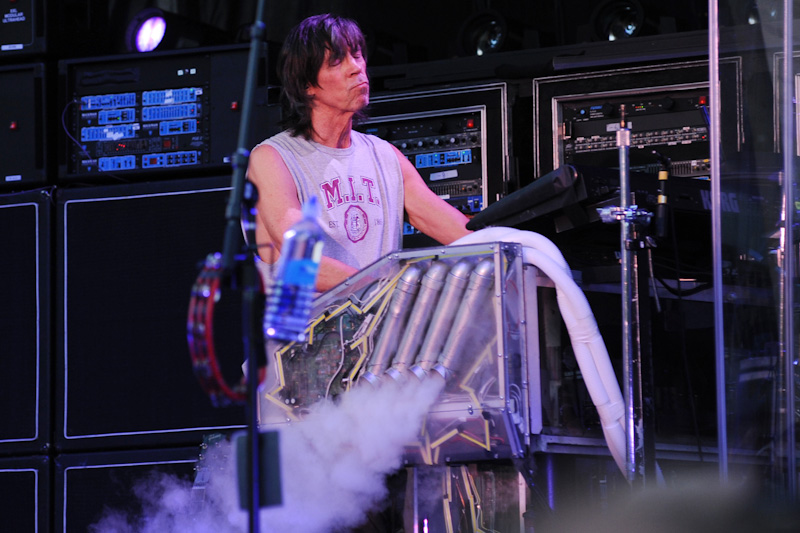 Tom Scholz revs up his keyboard (Photo by John Anderson)

“We want to play the songs you guys want to hear tonight!” promised rhythm guitarist Gary Pihl. “So you want to hear a song from our latest album Life, Love & Hope?

“…Or do you want to hear something from our first album?”

Skyline’s audience, now numbering a few thousand – a third of them standing in front of the stage, while the remainder sprawled out on the sloping lawn, except for the VIPs on the Long Center’s balcony – cheered for the latter and, in return, got to sing along to “Peace of Mind.”

Amid the triumphant twin guitar harmonies of Scholz and Pihl, superfan-turned-singer Tommy DeCarlo proved a passable frontman, his high, golden wail breaking through on the now ironically titled “Don’t Look Back” and power ballad “Amanda,” which arrived exactly as the last bit of sunlight was extinguished by nightfall.

An intriguing 10-foot-tall gong, hanging behind the band, may have never been hit, or perhaps it was during a trip to food and beverage tents and trailers, located barely out of stage view on the porch of the Long Center. But after night fell, the video screen behind the sextet became increasingly loud with NASA space footage, old Hollywood UFO clips, and variations of their logo. After a comparatively intense sequence with a rocket firing off into the heavens, Boston hit something bigger than that gong, the descending acoustic guitar progression leading into mega-single “More Than a Feeling.”

With the ace having been laid on the table, a fraction of the audience packed up their blankets and beat the traffic, but most stayed for another 30 minutes of guitar-glorifying classic rock – built for arenas, but still satisfying at a midsized outdoor venue. Onetime stadium acts enduring beyond their heyday is the trend for the Skyline’s booking calendar, which features roughly one show per month. Next up: Steve Miller Band (July 26), Culture Club (Aug. 2), and Goo Goo Dolls (Sept. 11). Paragon Presents has also recently doubled down their promotional powers, becoming the exclusive bookers of West Fifth venue the Belmont.

And while Skyline’s compass seems askew, both with the misdirected skyline view and the unbalanced slope of the lawn, the venue was overall an enjoyable grounds for a concert with short lines for entry and concessions and a simple, general admission layout. Musically, an even simpler formula prevailed: good time rock & roll. After closing their encore with lighthearted live staple “Party,” Scholz – a man of few words – addressed the audience:

“Best crowd of the tour.” 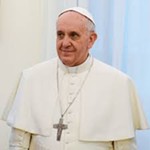 The AggreGAYtor: December 18
What happened today in gay? Here’s your QILTBAG recap of queer news.

The AggreGAYtor: March 18
What happened today in gay? Here’s your QILTBAG recap of queer news.