“Thank you for coming out. This is an absolute pleasure,” a humbled Garrett Borns greeted the amassed for Børns’ Tuesday night engagement at Stubb’s. “Last time we were here, we were inside and now we’re out here!” 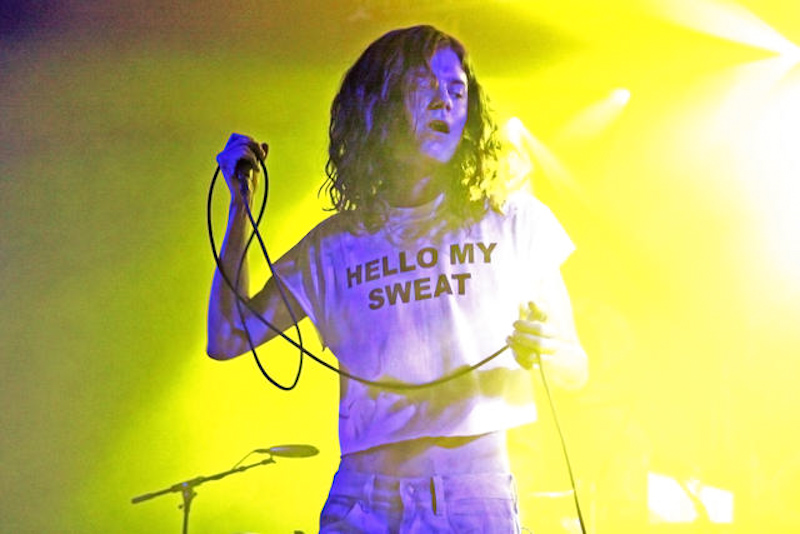 Indeed, the psychedelic electro-pop songman’s local stop demonstrates a whirlwind year of growth, rising from last fall’s ACL Fest aftershow on Stubb’s modest indoor stage to selling out the outside venue. They even had their own damn Snapchat Geofilter for the show.

Dopamine, the namesake hormone of Børns’ debut album, is essential to the functioning of the central nervous system and regulating movement and emotion. Higher doses of the compound make the heart beat stronger when used to treat shock. On Tuesday, Austin received a mega dose of 2015’s Dopamine, bringing a sweat-drenched crowd back to life after waiting in the sweltering sun.

Drum beats pulsated as the crowd moved fluidly along to the ecstatic percussion, electro funk beats, and the singer’s smooth vocals. With only a sole full-length album out, he treated the audience to almost the entire album performed live and yet there was often no need for him to sing his own songs. Consumed by his own performance, crooning into the microphone and swaying to-and-fro toward the crowd, Borns let the elated audience assume the role of lead vocalist, an effective strategy during crowd favorites “Past Lives” and “Electric Love.”

Once a child magician called Garrett the Great, the 24-year-old singer/guitarist from Michigan employed some of his old tricks to hold the crowd captivated as he sung and swung from side to side. Illuminated only by a few blinking strobe lights, he cut a romantic figure. He certainly serenaded Austin with his soaring, soulful vocals on “Clouds.”

Known for his garish psychedelic fashions, Borns dressed down, donning a pair of denim jeans and a crop top with the words “Hello My Sweat” screened across the chest. As if his demographic of screeching teens didn’t emphasize its fandom enough, he noted toward the end of the evening that the tee was actually made by a fan in the audience. That wasn’t the only gift Borns was given Tuesday night.

“Thank you for the flowers. Thank you for all of the kind gifts,” Borns shouted before launching into hit single “Electric Love.” “Let’s have a sing-along, shall we? Y’all are fucking cool.”

Closing the show with a cover of David Bowie’s “Heroes,” Borns bellowed the song’s final words, thrusted his mic stand to the sky, and smiled triumphantly at the big crowd. After a year of steadily rising popularity, victory had clearly never felt so sweet. 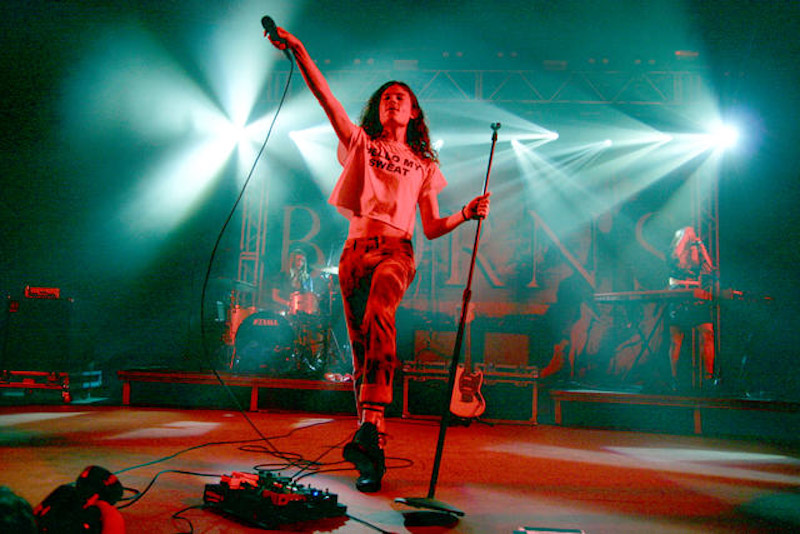 Now you sing! Børns at Stubb's (Photo by Shelley Hiam) 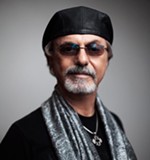 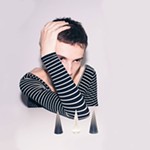