In the new video for Big Bill’s “Mainly Manly,” an unpunctual robot journeys across Austin to meet a little girl for a tea party. Along the way, our metal-plated protagonist gets repeatedly jammed up with interruptions, obstacles, and quandaries. Move those silver boots, tin man. The clock’s ticking! 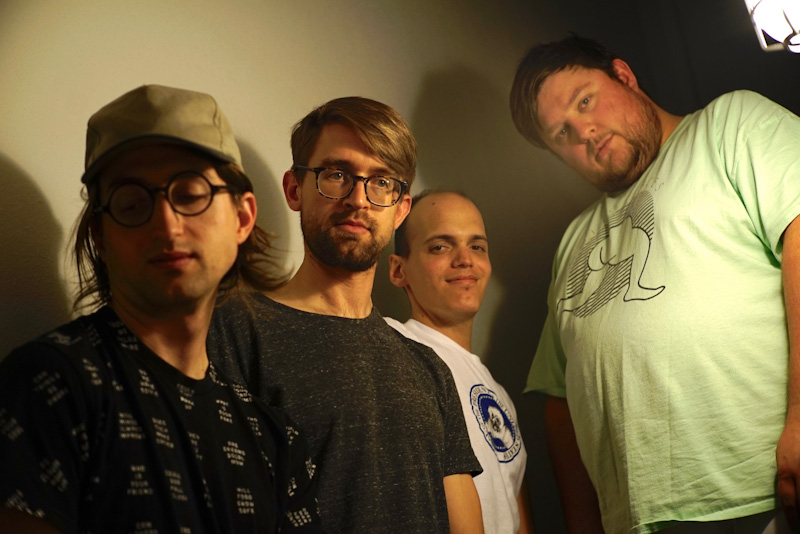 Though “epic” is seldom used to describe anything associated with a two-minute punk song, the colorful clip to “Mainly Manly” nods to three of the most enduring adventures ever penned. The silver suit raids The Wizard of Oz, while the tea party panic recalls the running-late rabbit in Alice’s Adventures in Wonderland. More than either, the video unspools Homeric via The Odyssey.

Like brave Odysseus, the robot runs into confrontation at every step, from sirens (three seductive babes hanging out by a dumpster), lotus eaters (junkies in the alleyway), and Cyclops (a band of one-eyed rockers) as he struggles not to be tardy to the fancy girl’s invitation. Welcome to the strange and wondrous world of Big Bill, Austin’s burgeoning New Wave weirdos, whose anxious and lysergic aesthetic translates into delightfully bizarre motion pictures. Singer Eric Braden explains the genesis of their latest video.

“Mysterious Zamboni repairman and occasional music video director T.W. Bond threw this idea at us just as we were wrapping up another video with Mr. Bond, the sci-fi themed ‘Weird Walk’: A guy or a robot or something wakes up and realizes he’s late for something, and the whole video is him running. Then at the end, it’s revealed he was late for a date to have tea with a little girl. And then they just sit there having tea.

“Of course we said yes.”

Watch This: Big Bill Urges Us to “Forget About Monday”
New single precedes a public freakout