Chicagoan could almost be local given his Austin collaborations

Twenty years after his debut, Robbie Fulks’ two most recent albums, 2013’s Gone Away Backward and the new Upland Stories, find him at a career peak. As such, consider the longtime Chicago dweller among the top country/folk singer-songwriters of our day. He appears Sunday at Strange Brew. 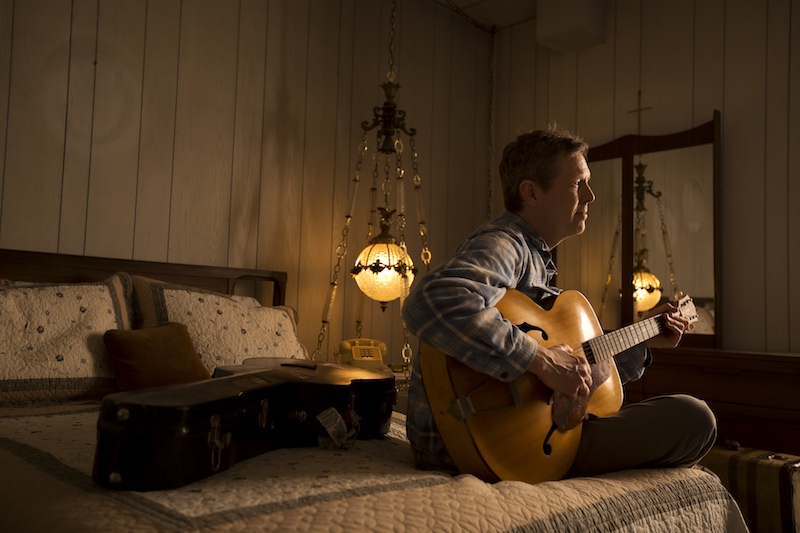 Robbie Fulks: Hey, Jim. Thanks for writing more crap about me.

AC: You’ve been doing an amazing amount of media for the past two albums. What happened?

AC: I saw that that video you did with Bob Odenkirk. I wasn’t too sure about that.

AC: Yeah, you had that look on your face.

RF: I wasn’t sure what he had in mind. But I tried to go with it. Anything that gets my face out in front of the comedy public, you know?

AC: I saw you play a couple of times during South by Southwest this year, and you had a great band of Austin players with you, including Brennen Leigh. How did you get that group together?

RF: I just called them up. The great thing about now instead of 20 years ago is that I can play with almost anyone I want to play with. It’s amazing. So I got that cream Austin band, and it was cheaper than bringing people down from Chicago. It was a lot of fun hearing different interpretations of things.

AC: What band are you bringing with you this time around?

RF: I’m going to have a trio: Me, Todd Phillips on bass, and Rob Gjersoe [Flatlanders] on guitar.

AC: I’ve seen you play with Rob a few times. You always seem to have an amazing time together.

RF: We haven’t been playing together much in the past few weeks, but we know each other’s minds really well, and I’ve been playing with him longer than anybody at this point. I met him in 1990, and some years we worked together intermittently, but for the past 15 years we’ve been together pretty consistently.

This week we’re working on a project with Jenny Scheinman, who composed music for a film called Kannapolis. A portraitist took moving pictures of the South during the Great Depression. A filmmaker, Ken Taylor, then stitched that into an hourlong piece. It’s basically cinema verité of life during the Depression in North Carolina with music and Foley.

AC: That ties in with the music and songs on the new album, Upland Stories.

RF: Totally. When I started working with Jenny, about seven years ago, that’s what pushed me on this new course. It got me thinking about a way to connect an old style of playing, back-porch string music, with modern themes. It’s a little bit connected to what she does.

AC: I was going to ask what it was that changed. You seem much more energized and in the spotlight than you’ve been previously.

RF: I’ve stopped thinking about it so much that it probably helped me, career-wise. I just focus on music. But the music was partly influenced by my sons, who are more attuned to social inequality that I had been. I started to think about inequalities in American life and observing the effects of the recession as I drove around through little towns. Musically, Robbie Gjersoe, Danny Barnes, and Jenny encouraged me the most. Their openness of mind and their fierceness inspired me.

AC: I like the description of Danny Barnes as fierce. He does some interesting stuff just with a banjo.

RF: He sure does, and of course he has his loop station, his sound effects. But he can get the job done without them. We scored a movie in the mid-Aughts and traveled a bit with it. Then we played some shows together. Probably about a dozen gigs together and five with the movie. But the traveling together in a rental car, picking each other’s brains, that really stayed with me.

AC: You’ve said that you drew inspiration for some of the songs on the new album from literary giants like Flannery O’Connor and James Agee.

RF: I was working on a concept for a musical with a playwright, Brian Yorky, and we gradually settled on Agee’s trip to Alabama as good thematic material. I wrote a bunch of songs from different points of view, about poor people, about Agee in particular. Of those songs, three ended up on the record. Those were songs that I could deliver without any explanation of how they came to be.

Once those three were on the record, it allowed me to go more in the literary direction on it and to ignore the voice in the back of my head that said, “That’s too pretentious,” or, “That’s too out of your wheelhouse.” I just kind of swung for it.

AC: Do you ever think about how something’s going to be received?

RF: Well ... the correct answer to that is no, but sure, I do think about it. I wanted to do something that was consistent with the last record. I liked making that one. I liked touring with it, and I liked the reception I got. This one has a connection to it in that it’s in your face. It has some of that bleakness to it, too.