Tyler, the Creator Plays by the Rules

This February, charges of inciting a riot at the Scoot Inn during SXSW 2014 were dropped against Tyler, the Creator, who was instead fined $100 for disorderly conduct in a plea agreement with local authorities. Contingency to the case’s dismissal: Stay out of trouble for three months. His Sunday sell-out proved no hard feelings at least inside Stubb’s.

The Odd Future MC enlisted his L.A. rap collective’s Taco Bennett to warm up with a DJ set, the glorified Spotify playlist including Future, Drake, 2 Chainz, and Kanye West. Twenty minutes in, the eerie chords of “What the Fuck Right Now” shook the venue, along with A$AP Rocky’s introduction:

“They ain’t ready for Tyler with the green hat!” 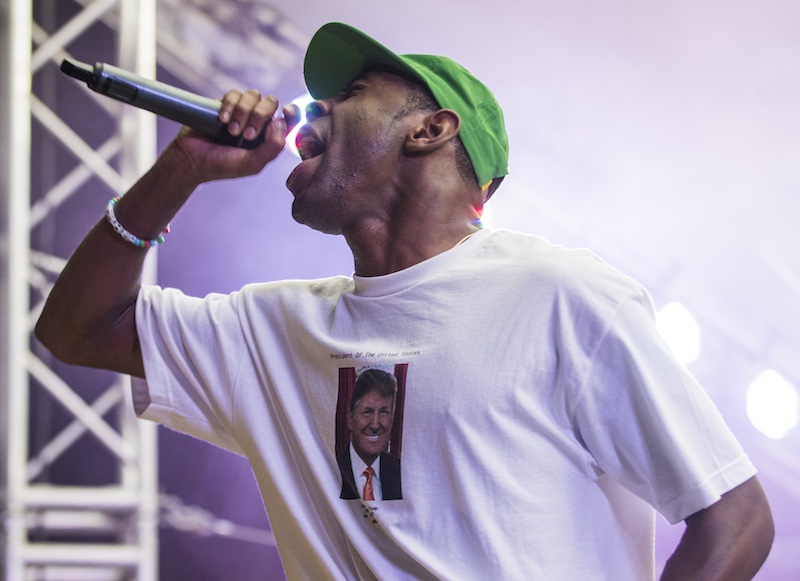 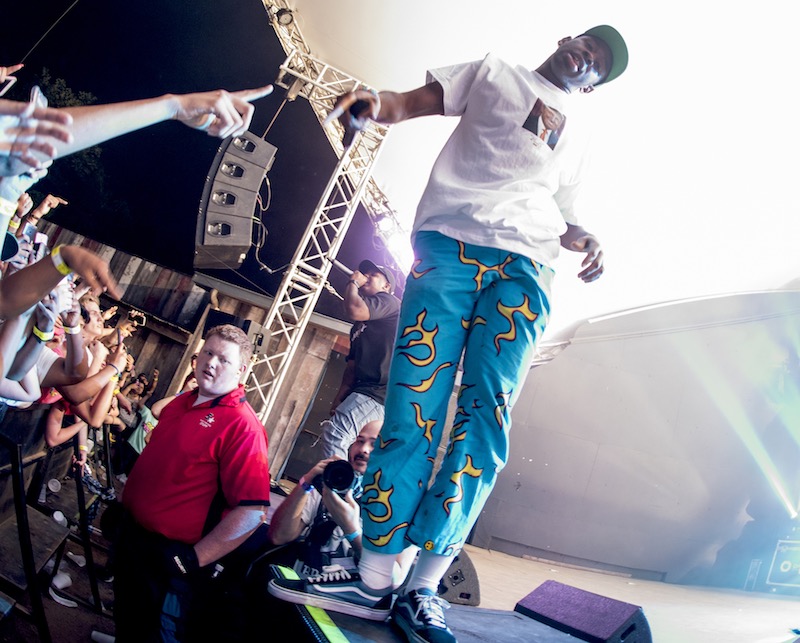 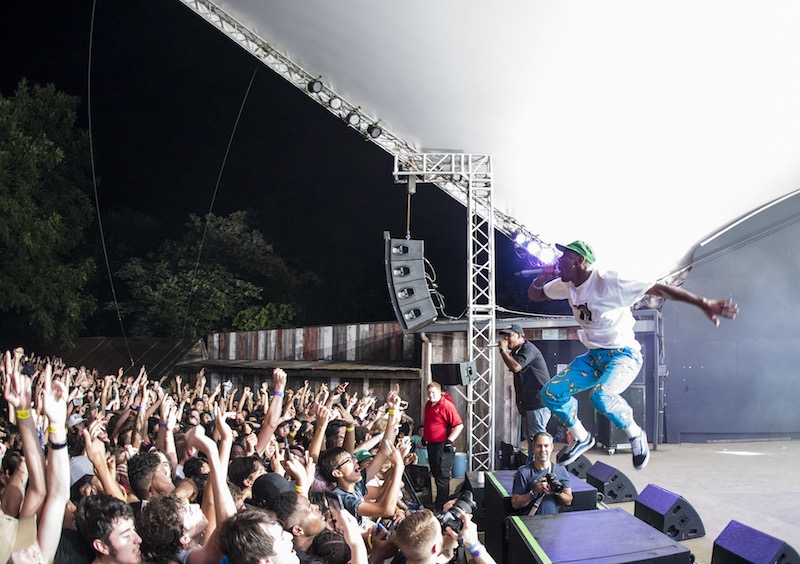 Every hand immediately shot into the air as the rapper leapt onstage, flailing his arms and rolling his head back as he bellowed the lyrics alongside fellow Odd Future co-founder and hype man Jasper Dolphin. After a brief assessment of the weather – “It’s fucking late as fuck and it’s still hot!” – he barreled into “Deathcamp,” off 2015’s Cherry Bomb. Only after the vicious one-two punch did Tyler formally greet the crowd.

What Tyler lacked in spontaneity, he made up for in sheer aggression. The 25-year-old Southern Californian pushed his voice to the limit with gruff howls and possessed screams, full of vitriol and abandon. His performance owed as much to Iggy Pop as it did Kanye West, his beats distorted, rumbling assaults provoking mosh pits in the nearly hysterical crowd.

Slam dance they did, particularly on “The Brown Stains of Darkeese Latifah Part 6-12 (Remix)” and “Domo23.” Tyler cut the latter short to praise the venue for its audience participation.

“That was fucking insane, Austin! What the fuck?” he shouted, before smiling and starting the song again. “Sorry, I was just having a moment,” he said sheepishly. “My life is awesome.”

Despite the literally breathtaking energy of his most raucous raps, Tyler was at his best when he practiced a little restraint and allowed the melodies to emerge. The throng stood still for “Yonkers,” the tune that catapulted the rapper to stardom, allowing it to unravel like the unsettling drug jam it is. The extended outro to “Bimmer” mesmerized, as did the end of “IFHY,” as the entire audience sang, “The sky is falling, girl let’s try to catch it.”

Sadly, the Sabbath‘s early sound curfew brought the evening to a premature end. This time, Tyler wasn’t about to fight it.

“I went to jail before and it was in Austin, so I’m following all these white people’s rules,” he said before ripping into his spirited closer, “Tamale.”

Some things are worth the wait. 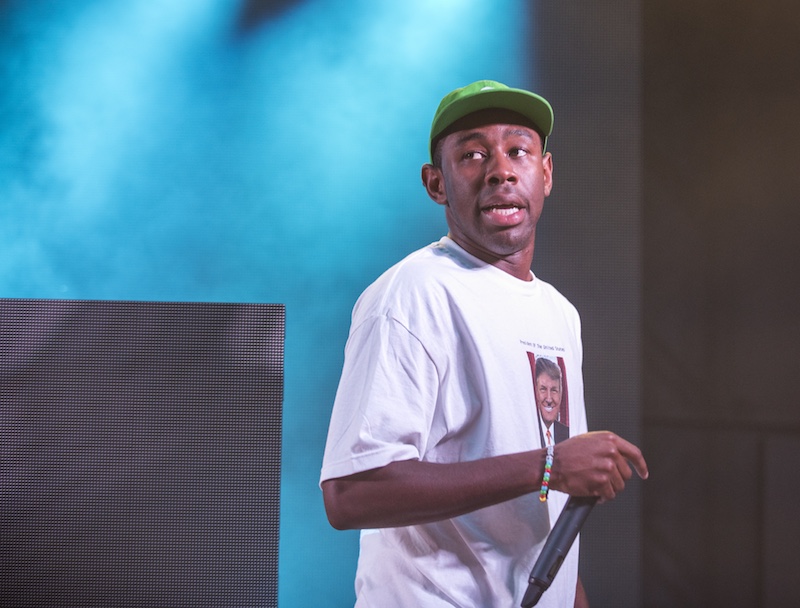