“The focus on my personal life caught me off guard”

Zachary Cole Smith’s in a car and running late to a gig in Cleveland, the third stop promoting new LP Is the Is Are. The New Yorker behind genre-mishmashing guitar outfit DIIV (“Dive”) has dealt with unwavering attention since the band’s inception in 2012 and a 2013 heroin bust. Emerging triumphant behind the acclaimed new LP, DIIV plays Mohawk on Saturday. 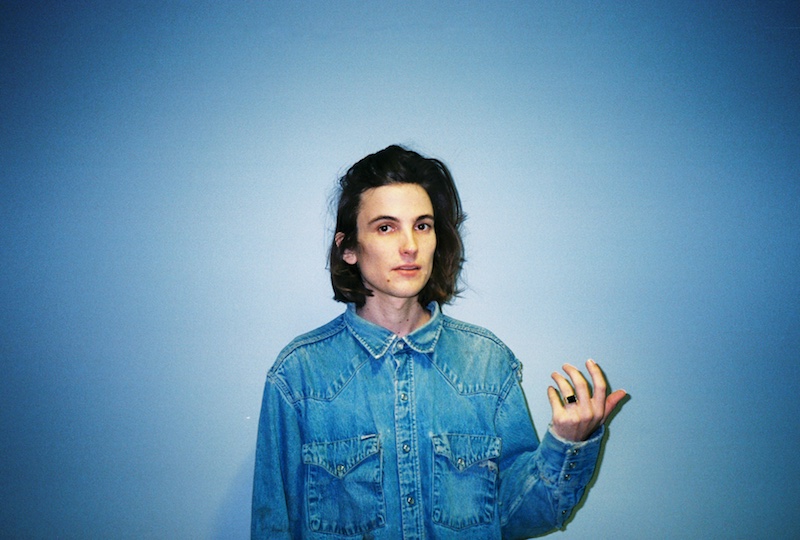 Austin Chronicle: You’ve said you look back in time for influences. I’ve found a lot of older, “Get off my lawn!” sort of people maintain that too much modern music is just rehashing what’s already been done. Do you agree with that?

Zachary Cole Smith: Yeah, I do. I think all too often it’s like we’re picking through stuff that’s already been done. It’s like we’ve been rehashing all these different periods of rock & roll. Garage had its thing, then Seventies rock had its moment with the Strokes, and now, of all things, emo is having its weird revival. It feels like it’s almost caricatures of each movement.

I feel like what I try to do is do something a little bit new. The way I write music – and I can’t really think of any other bands who approach it the same way – is just single-note melodies intertwined kind of stuff. I think there’s something about me where the music is looking to the past a little bit because I’m trying to decide a couple things I like about music, but I don’t think we’re a throwback act like a lot of other bands are.

Since the Fifties, the guitar has represented the ultimate, “You can do this, too! You can pick up a guitar. Anybody can do it.” Now, I think, a laptop is becoming that thing, because you don’t even need to buy any music equipment. Everybody has a laptop now. It’s a little bit of a different environment.

The music I’m writing now, it’s more about drawing eyes back to us and trying to make something that makes the case for guitar music again.

ZCS: I write every single day. When I’m home, I spend maybe two or three hours a day just writing and recording, and messing around and playing around with ideas. And learning. For me, it’s a learning process because I really don’t know that much about music. I don’t know that much about music theory. I don’t really know how to play any chords. I want to do what we do and do it well.

AC: Now that you’ve followed up your debut and the hype has died down, does it change how you approach DIIV?

ZCS: I felt like the narrative behind the band and surrounding me kind of informed the music in a way, which I’ve been discussing. But now, I almost regret going so in-depth into my own personal life. I didn’t really have much of a choice, because after I got arrested it was all out there.

It’s hard to know, sometimes, what draws people to the band. When people come up to me after the show and talk to me about the music itself, it makes me really happy because I’m like, “You’re not here for some weird reason. You’re here ’cause you listen to the music and you appreciate it and like it.” That’s what it’s all about for me, just the music.

Obviously I’m not perfect, and the focus on my personal life caught me off guard a little bit in the beginning of the band, even before getting arrested and shit. People focusing on me, I didn’t expect it. On the first record, the vocals have an almost anonymous quality. But yeah, in the beginning I didn’t really expect it, and then it kind of snowballed from there. Now it’s just part of the whole thing.

AC: Were you intending to write about these personal struggles on the new album, or did you feel forced to since it all happened in a public way?

ZCS: I’ve always been really interested in personal politics and I feel like that’s kind of what DIIV’s always been about – kind of your own internal struggle. And I think the lyrics are, in some ways, oblique enough where they can fit to anybody’s personal turmoil, or whatever it is. The first record dealt with that stuff and the second record obviously does. I’m not a storyteller. I can only talk about myself and what’s going on around me.

I don’t think the personal exploration was really so much a response. Maybe being so 100 percent direct about it and not really having any niceties or vagueness, I think that was probably a response to everything that happened. But I definitely would have been writing about my own experience.

AC: Was Is the Is Are helpful for working through that whole experience – being done with it?

ZCS: Yes. One hundred percent. It almost felt like getting the record done was putting a cap on that period of my life. It’s nice to be able to compartmentalize your life into projects like that. For me, the record kind of felt like the light at the end of a tunnel. I don’t know if it really has turned out to be that, but that’s what I thought the whole time I was working on it.

I Was a Teenage Anarchist
Five highlights from MusicFestNW