Austin City Limits checked off another American music treasure from its bucket list Thursday night. Paul Simon mostly repeated Tuesday’s set list from the first of two Bass Concert Hall shows – only three songs from the upcoming Stranger to Stranger – but no one at a full Moody Theater was complaining. How many times does one get to witness history, anyway? 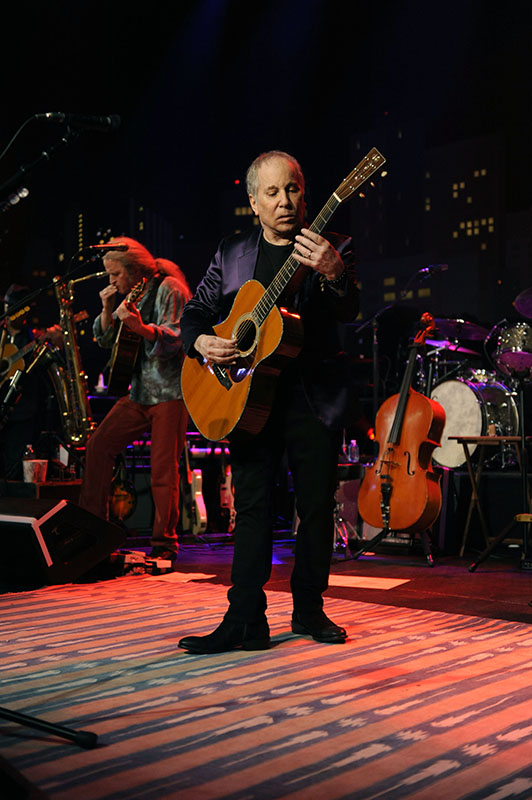 Between the 74-year-old’s songbook and his dizzying band, all nine seemingly a multi-instrumental maestro, there wasn’t a musical miscue, a melody that wasn't close to everlasting, or multiple opportunities for the audience to sing, shout, or shake all kinds of whatever God gave ’em.

While a hit-heavy show, the two-hour performance was drawn mostly from the Eighties and Nineties, with a couple Simon & Garfunkel standards sprinkled in. The folk yearning of “Homeward Bound” remains particularly poignant and the instrumental passage from the Peruvian “El Condor Pasa” served as a dynamic intro to “Duncan,” the story of a fisherman’s son. The drum beat opening “50 Ways to Leave Your Lover” remains distinctive enough to give the song immediate recognition, something stunningly rare.

One new song, “The Werewolf,” proved especially engaging and not merely because one drummer wore a wolf mask throughout. The almost all-percussion backing gave it a simmering gospel feel. By song’s end – much to Simon’s amusement – the audience howled accompaniment.

The show ended with the one-two of “Diamonds On the Soles of Her Shoes” and “You Can Call Me Al,” featuring a piano solo and then a drum solo that sent the assembled into a frenzy. Simon explained they weren’t going to leave the stage as planned and then jumped into another new tune, “Wristband,” mostly just bass and hand claps backing the bandleader’s deadpan rap of a rock star without the proper credentials to get into his own show. His rendition of “Sounds of Silence,” just him and an acoustic guitar, brought the evening to a soul-stirring peak that for many produced tears of joy.

History or not, it was an experience few will forget. 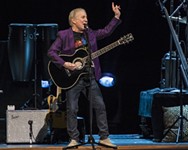 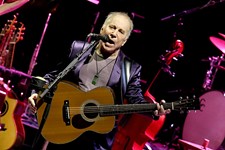 Paul Simon, Still Tender After All These Years
Hit-maker supreme digs in at the first of three Austin shows