More than ever, Boyfrndz occupy the gap between prog and pop. Musically left-brained, lyrically right hemisphere, the Austin quartet fuses mathematics and passion on teaser track “Gone,” twisting a minor post-rock waltz into a tonal avalanche as Scott Martin’s golden falsetto fantasizes about breaking away. 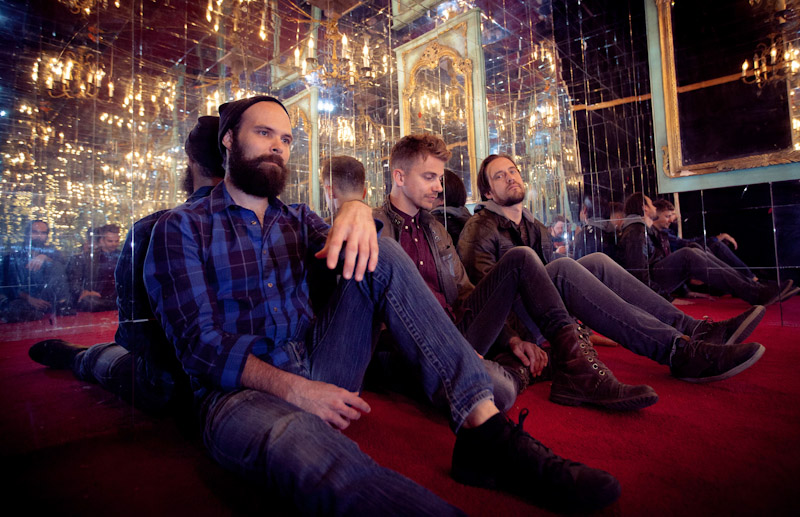 “At the time we wrote this record, I was ending a long relationship and leaving a job I had for five years,” reveals Martin of the track’s lyrical inspiration. “All coming at once, the songs became a release. That’s basically what this record is: a sigh.

“Gone” arrives in the chewy center of Boyfrndz’ third LP Impulse, arriving May 27 on Brutal Panda Records, the label responsible for Cherubs’ unlikely comeback LP 2 Ynfynyty and new Fist in the Air EP. According to Martin, who composes most of Boyfrndz songs with drum samurai Aaron Perez (Ume, ex-East Cameron Folkcore, ex-Bridge Farmers), the album’s title is a testament to the way they make music – driven by impulses.

“There’s no direction. It all just falls out,” says Martin, adding that Impulse was written in a month and recorded before the songs were ever played live. “In Boyfrndz, it’s always been about finding it instead of forcing it.”

Pre-order Impulse here. Boyfrndz celebrates the new album’s release with a show at Sidewinder on Friday, May 27, followed by a regional tour.