The Sailor’s tour kickoff searches for its sea legs

Here comes Sturgill Simpson, disloyal savior of country music high on recent chart-topper A Sailor’s Guide to Earth, kicking off his national tour with sold-out shows at Austin’s prestigious Moody Theater on Thursday and Friday. His problem’s a simple one: What to do with one’s hands? 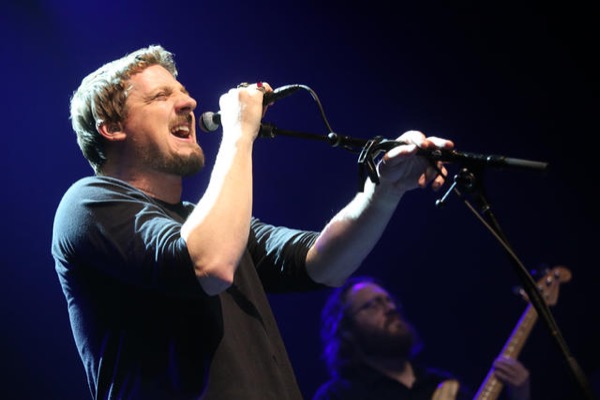 Should he dance? Strike a pose? Maintain eye contact while letting the music overtake him?

Instead, Simpson repeatedly ambled to the middle of the stage to take a drink of water. Twice he used musical breaks as an opportunity to instruct the sound engineer to spread out his vocals in the monitors. Awkward.

Worse, the front half of the Thursday tour opener, largely devoted to material from April’s major label debut, was snakebit by bad sound. The R&B-flavored LP’s revolutionary musical aesthetic, a unique interplay between pedal steel and a horn section, was diminished by a mix that buried Estonian guitarist Laur Joamets’ steel picking. Meanwhile, Simpson appeared vexed by his bass-y vocal mix, although a sore throat may have also been in play.

“I can’t really sing tonight, so we’re gonna rock the piss out of you,” promised the singer as he transitioned from Sailor into songs from his 2014 breakthrough, Metamodern Sounds in Country Music, starting with “It Ain’t All Flowers” and “Just Let Go,” both employing his acoustic guitar gifts. Horns detailed the classic material, most notably on “A Little Light,” in which they imitated a Telecaster twang and then went off on a three-part solo that Simpson dedicated “to the haters.”

“They tell me I fucked up: There aren’t no horns in country music,” offered the increasingly riled-up Simpson. “I say tell Merle Haggard. That’s where I stole it!”

Increasingly, the eightpiece band gelled into a muscular musical machine. After Joamets effortlessly blazed a solo using every millimeter of fretboard on truck-driver ode “Long White Line,” Simpson injected extra attitude into existential material “Living the Dream” and “Life of Sin.” Those drew some of the night’s loudest applause from the packed, sold-out room where he’d taped an Austin City Limits episode last April.

After channeling Otis Redding on “You Don’t Miss Your Water,” the bandleader lit the fuse on a funk version of “Old King Coal” vastly different from the recording on his 2013 solo debut, High Top Mountain. Soon, he whispered a message to drummer Miles Miller and exited the stage with his hands in the air. The band maintained an impromptu funk-rock jam, trading licks for a few minutes before Simpson reappeared, plugged in his seafoam blue Strat, and jumped into the solo circle for another 10 minutes.

Eventually, they worked the groove into deep cut “Some Days” and closed down a strange two-hour set that felt like the first night of tour – propelled equally by fearlessness and discomfort. Rule one in Sturgill Simpson's sailing guide: Captains don’t wear life jackets. 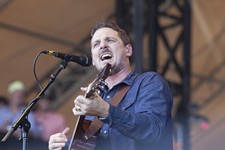