A Final Gina Chavez Diary: Back to Argentina

Embrujos, Malbec, and even “Kumbaya”

Buenos Aires was my first big trip. I was 21, a journalism major at UT, and I was traveling 5,000 miles to a country I knew nothing about. The magnitude of it all didn’t hit me until I left my parents at the airport. Born and raised in Austin, I’d lived in the same house all my life, and now I’d be halfway across the world in a place where I barely spoke the language.

Those four months changed my life.

Buenos Aires gave me the chance to discover who I was. And it sang to me in ways Austin never did. At a place called La Pena del Colorado, I heard Chacarera – a six-count rhythm from Northwestern Argentina – for the first time and it seeped into my soul.

The day before I left, one of our staff members, Natalia, gave me a mixtape of her favorite music from Argentina and called it “el embrujo de mi tierra” (the spell of my land). A few days after I returned home, I wrote a song called “Embrujo” about my experience in Argentina. Thirteen years later, it’s still one of our best live tunes and a song that’s informed my journey.

Returning here has been a dream come true. It’s fascinating to feel at home in a foreign land, and even more invigorating to be here as a musician. This time, I’ve been able to share the passion this place and its people gifted me. 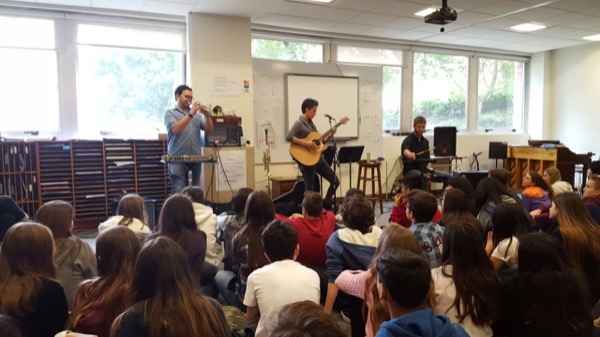 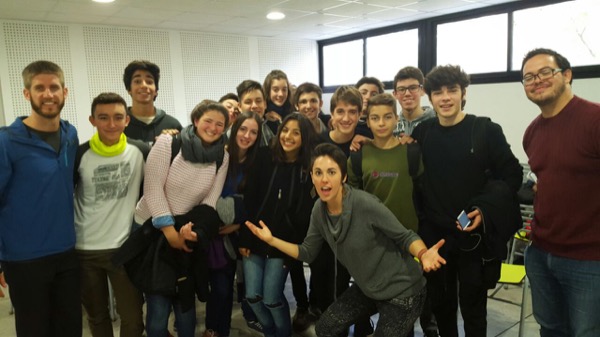 We landed at midnight and started with a bang at 7:30am the next day for two workshops and a concert. The lively high school students at Bachillerato Bellas Artes gave us plenty of energy for the day with their smiles and Snapchat requests. The camaraderie at that workshop was most evident when they all started singing one of their classmate’s songs while he played guitar.

After three failed attempts to get money out of the ATMs – most of them don’t have much to give – we headed to the nearby city of La Plata for another workshop and our first public concert at a music conservatory. The workshop was an intimate sharing of the purpose of music and how to connect with people through music. We had a talented trumpet player and bombo leguero drummer join us for the concert. 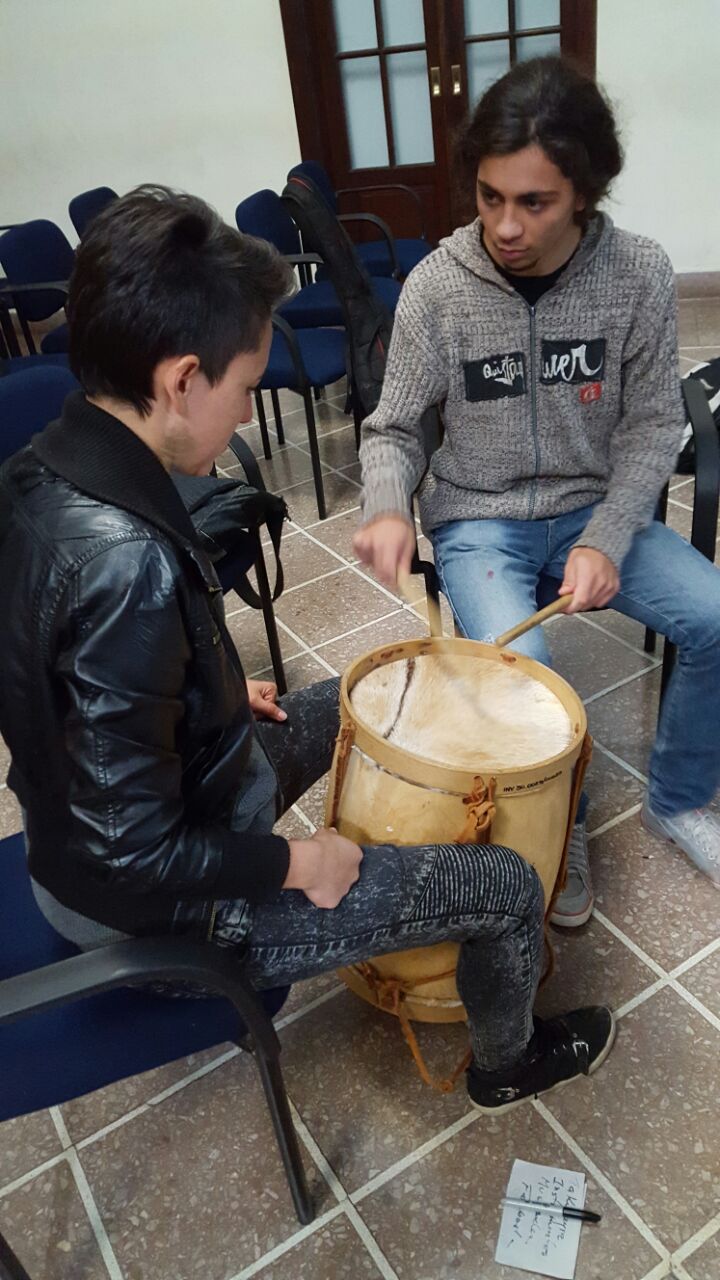 Better still, and much to my surprise, my aforementioned friend Natalia showed up! Singing “Embrujo” for her in Argentina was a real tear-jerker and one of the highlights of this tour. It proved a true culmination of the journey that started here so long ago.

The next day, we had a much-needed day off. I went on a three-hour street art tour that opened up parts of the city I’d never seen before. Artwork by some of the world’s most socially conscious artists resides there. 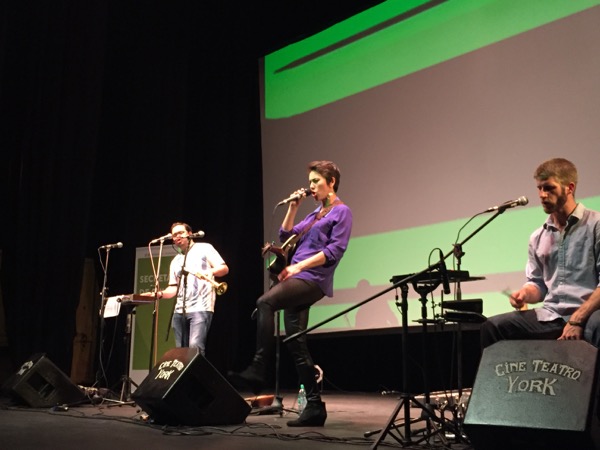 The next day, we headed to the artsy neighborhood of Vicente Lopez for a workshop and concert at Cine Teatro York, a place full of creative energy. Our afternoon workshop took place on the theatre stage, with a young adult crowd willing to take risks by improvising with rhythms and sounds, silly singing, and theatrical techniques. We got them back up onstage during the concert to sing Argentine favorites “Todo Cambia,” and “La Ciudad de la Furia.”

The latter was pretty unrehearsed, but a lovely “Kumbaya” closed out the show.

Our final day in Buenos Aires began with the City Youth Orchestra, an impressive organization that brings in professional musicians to work with kids who live in the “villa miserias” (slums). They learn how to read music, play their instruments, and perform live in an orchestra that becomes more like a family. We stayed longer than expected, hanging with the kids and attempting to play zampona, Andean pan pipes, that the kids make from PVC pipes and the rubber from old chanclas (flip-flops). 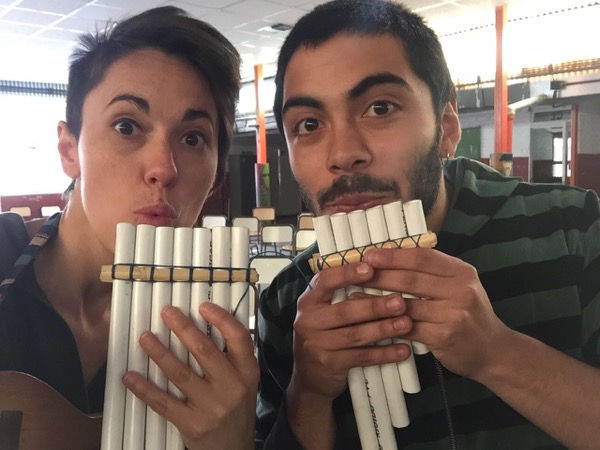 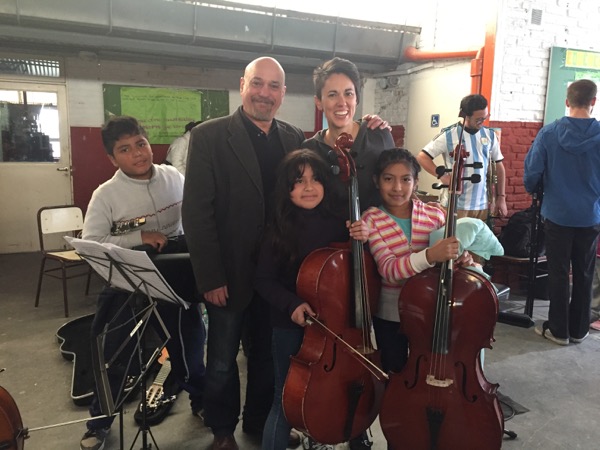 We closed out the tour at La Feria del Libro, the world’s largest book fair, where we had the honor of meeting and being introduced by the Ambassador of the United States to Argentina, Noah Bryson Mamet. It was our shortest concert of the tour and ended way too quickly, but the crowd was welcoming. We even had a couple who trekked all the way from Chile just to see us!

Luckily for me, my travels aren’t over quite yet. Jodi, my media naranja (better half), just arrived! I’m blessed not only to have shared this beautiful country with my bandmates, Michael and Sammy, but now I get to share it with the love of my life. We’re off to the Malbec capital of the world, Mendoza. 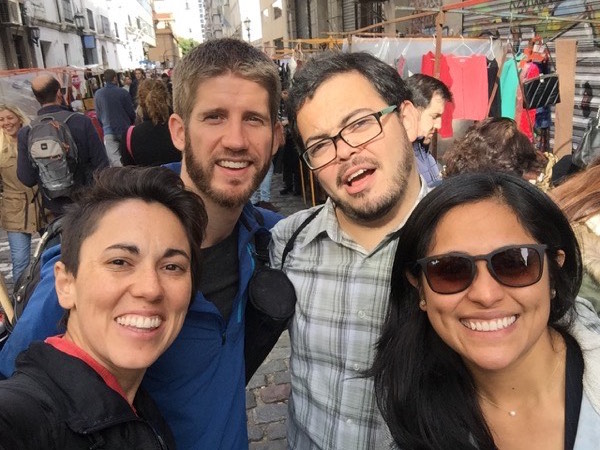 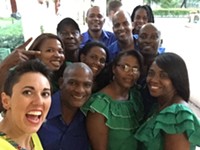