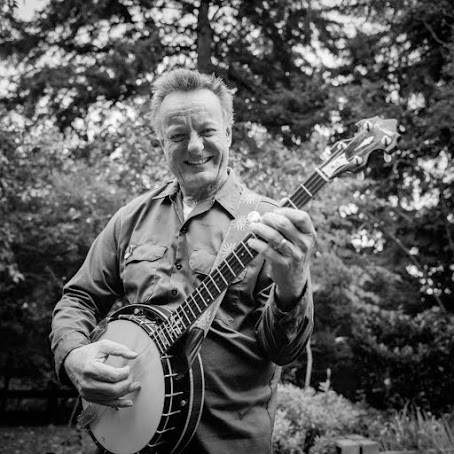 “You caught me when I’m home, which is a nice place to catch me,” chuckles Danny Barnes, pausing a recording session to field a call in advance of his return to Austin this week and next. Catch him performing in-store at Waterloo Records on Sunday, 5pm, and then at the Cactus Cafe on Wednesday for a proper concert.

The quirky folksinger, experimental composer, and banjo renegade – who launched his career in Austin with DIY bluegrass pioneers the Bad Livers (1990-2000) and has hung his hat in Washington state for nearly two decades since – spends half the year on the road, but when he’s home the real work begins.

“I run my own business. I have small label [Minner Bucket Records], I put out records on other labels, and I do session for other people’s records. It all takes a lot of time, you know, the paperwork, computer work, travel arrangements, practice, writing, recording – office time.”

Austin Chronicle: When you were young, did you envision yourself having to become such a hustler to survive in the music industry?

Danny Barnes: No I didn’t. I never realized how much work this would take. There’s a time in your life when you can get by on very little and sleep on people’s floors and be happy to do it. Eventually, you need to be paying your bills and getting stuff together.

When I hear someone say how hard it is to work 40 hours, I’m like, “40 hours? Man I could do that standing on my head.” I did a session recently where I did 72 hours in six days. I work a lot; just practicing and staying caught up on my playing is four or five hours a day. Plus learning new music, writing new music, bookkeeping, travel arrangements, cutting checks. I had no idea how much time it would all take.

If you just play in someone’s band as a side person, I think that’d be a really easy job. If you were in some famous guy’s band and you just played bass or something? That seems like it would be the easiest job in the world, because you just learn those 12 songs. I’ve only had those jobs every now and then, and you kinda feel guilty about it.

AC: Who have you been a sideman to?

DB: I played with Tim O’Brien for two and half years. All I had to do was play banjo, guitar, and sing, and they tell you where to be. I played in Robert [Earl] Keen’s band for a long time. I’ve probably been in 10 or 15 of those show-up-and-play bands and it’s pretty easy. When you’re doing it yourself, it’s a lot of work. I have to do it all myself.

AC: That being said, are you happy?

DB: I sacrifice my entire life in order to be good at what I do and make art, but I’m happy because my work is at a higher level than it’s ever been. The neat thing about music is you can hang in there. If you’re a basketball player, those knees start going out on you, but with music, you can go a long way and you just keep getting better. I’m singing better, writing songs better, and making records better because I’ve been doing it for so long.

I started in 1971 in earnest at 10 years old and worked really hard, and that’s all I’ve ever done. I don’t know what it would be like to do anything else.

AC: Speaking of getting better, you just released the 10-year update of Get Myself Together. Tell us about that album and what it was like to revisit the songs – not in a drastically different way, but a personally evolved way.

DB: The more I work on art itself, the more I’m attracted to the concept of minimalism. There’s so much data in the world that I think negative space is valuable because it gives people a bit of a break.

The record company that put out Get Myself Together went under right after it came out. They only sold 2,000 to 3,000 copies of that record and then they quit making them. There were people who were into that record and it was in some ways the last acoustic record I made. There were some on eBay and Amazon for $40, but people can’t afford that.

My record company for this is Jenni Finlay. She’s really cool. I’ve known her and her dad Kent Finlay for a long time. She was a fan of that record, and her idea was to redo it and put it out as 10 years later, which is something I never would have done on my own. In the best case, when you work with outside labels or management, they come up with really cool ideas that you would have never thought of.

I sat down and had another go at it, and it was interesting because I’d been playing those songs a lot, but never thought about recording them again. I wanted to make it sound as though I was sitting in your kitchen playing. It’s really minimal and there’s no overdubs.

The mainstream buys music by the pound. They want things to be really orchestrated, huge, and compressed, but I’d like to hear a lot of people just play and sing so you can see how their brain works. Your processes are laid bare.

AC: Will you be playing solo on Wednesday at the Cactus Cafe?

DB: I’ll be playing my banjo and I’ve got two buddies with me: Billy Bright, who’s an amazing mandolinist from Austin, and then my friend from up here, Jacob Navarro, who’s a real good guitar player that I work with a bunch. It’s basically me in an acoustic format. That’s what I’ll be doing until I put out another record.

AC: So what’s next? Are you moving past your use of electronics?

DB: No. I constantly work on all those things and develop stuff. I tend to do a lot of stuff. For example, I made up this instrument called the Barnjo. I took a banjo, tuned it down to E, added a bass-string, then put it on a Les Paul frame. One of my friends, Max Brody, who was in Ministry for a long time, we have a band called the Test Apes, which is a punk band – like a country-western Melvins.

There’s that, and then I have a straight-up bluegrass record I’m doing with Jason Carter from Del McCoury’s band and Mike Bub, who’s played bass for Del for nine years. Nick Forster, who plays in Hot Rize, produced the record. It’s just a traditional bluegrass banjo record – old songs I’ve been playing since I was a kid.

I’m also writing a new record, a piece of contemporary music. I’ve been really interested in 12-tone or serial music. I think Stravinsky called it “dotacaphony,” which is a play on the Greek 12. I’ve been writing a suite of 12-tone music for banjo and tuba in duet.

DB: I am. I played tuba on a bunch of records. I played tuba on a record with Keith Richards and one with Bill Frisell. I’m kind of a trained tuba player. I just play off the music, I don’t really improvise. It’s like a side job or whatever. I specialize in all the dead instruments.

DB: I think it was about three or four years ago in Hood River, Oregon. I stay in close contact with him and he’s got some cool records out. We’ve been thinking about doing the ultimate punk rock bluegrass record. Like really doing it! I have some song ideas and a name, and I want to do it with him, but we haven’t had a chance to sit down in the same room and do it.

AC: You’ve graduated from the slacker music epicenter of Austin in the Nineties and become a consummate instrumentalist and respected composer – even winning the Steve Martin Excellence in Banjo and Bluegrass prize last year. What advice can you offer for musicians as to how they should focus their efforts if they want to continue to grow?

DB: I think you have to work every day just like it’s a job. You have to wake up in the morning, have a cup of coffee, and start learning and working. Find out about new music and new artists. Find out about the old stuff, learn to read music, learn how to play in all the keys, transcribe solos from the masters, and take lessons from someone a lot better than you are.

There are so many guys who end up in neutral and you look up and you’re 40 years old. If you keep developing and learning and working and editing and writing, learning more styles and learning about different music, learning about instruments and how things work, you’re still ahead even if you don’t go anywhere economically. You’re putting that into your bank account.

You’re not waiting around for someone to bless you on the forehead so you can go make a living. You’re taking matters into your own hands. Ultimately, you’ve got to rely on yourself.

I’ve been asked about the Steve Martin award ever since that popped up: “What did you get out of that?” I’ve been thinking about it a lot. I’ve learned something about myself and that is that I have value and I need to work harder. It’s so easy to get beat down in music. The clubs all want to pay you less, people don’t want to come see you, no one’s buying records. It’s really easy to get into a negative trip. But if you’re learning something and you’re growing and developing and practicing your ass off, you’re getting ahead.

You can take your destiny into your own hands and figure it out for yourself. There was something I wanted to do with a computer and a banjo and no way of doing it, so I had to do it myself. It took like four years to learn how to build an audio program. When I first started messing with live looping, I did that for six years before I ever did it in a club, because it’s a real train wreck if you’re not nailing it.

What I’m speaking of is a very radical thing because, most of the time, people are like not really interested in doing the work part. It’s easy to get distracted and you can just squeak it over the net. But, really, you want to dig in and not be afraid of that work, because that’s the music business.

People think shooting pictures, writing your bio, running your band’s Facebook, going out to see bands, and partying with the guys is the music business. None of that stuff helps you, really. What helps you is practice and developing. That, to me, is the money in your bank account. That’s something that’s your asset.

Danny Barnes, and The Other Europeans
Rocket, Splendor (Record Review)