Those who thought universal good vibes had shunned Austin in the wake of Levitation’s cancellation on Thursday stood corrected Sunday night. The fact that Barracuda’s backyard was left standing after two consecutive evenings of King Gizzard & the Lizard Wizard’s psychotic psychedelia was a miracle.

Setting the stage for last night’s madness – boiling over both onstage and in the crowd of the packed house – the Murlocs’ sunny lo-fi provoked its fair share of crowd surfing despite the Australian quintet’s mild sound. The audience was clearly antsy to get crazy. Surging Austinites Holy Wave followed, serving as a meditative sedative for the show’s eager vibe with dreamy jangle rock. Their third-to-last slot in the almost-dozen-act bill that had kicked off at 2pm proved canny, offering a reprieve before everything went to hell in a hand basket. 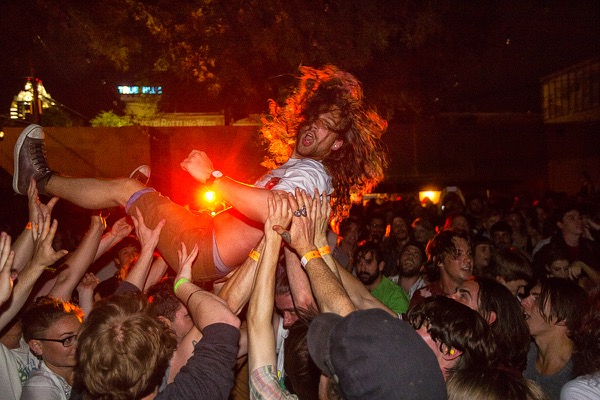 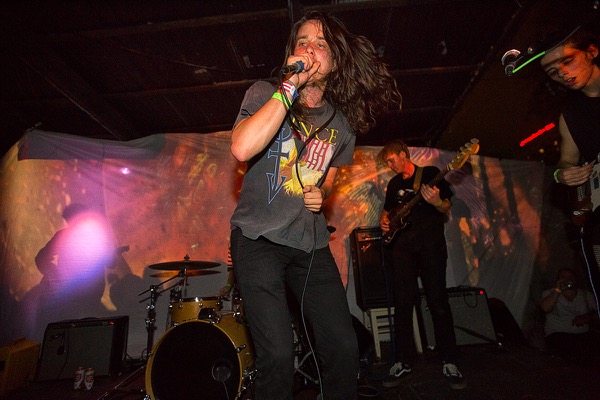 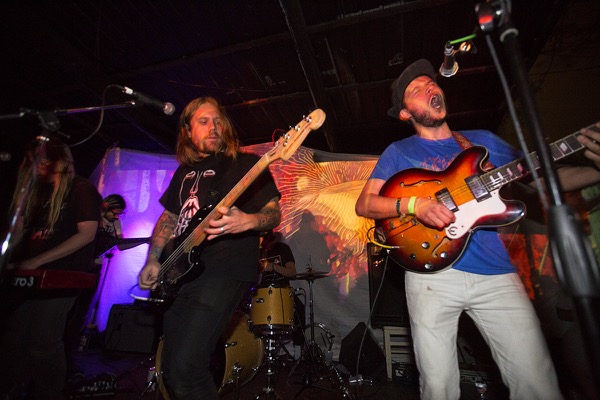 Frantic sci-fi “Robot Stop” from brand new album Nonagon Infinity began the set, King Gizzard embarking on a cosmic journey of bizarro psych-punk-garage rock that possessed audience members with reckless abandon. Performing for just shy of an hour, the Melbourne septet incited a fun, riotous free-for-all where beer, glow sticks, shoes, and people were thrown across the crowd tirelessly. Musicians and stage divers alike bled into one entity beneath the swirling colors of the projections on more than one occasion.

Playing through “I’m in Your Mind,” “I’m Not in Your Mind,” “Cellophane,” and “I’m in Your Mind Fuzz” in the same order they appear on 2014’s I’m in Your Mind Fuzz, the Aussies didn’t bother fluffing their ornate rock & roll with chit-chat. After a lengthy stage set-up and technical headaches mic-ing up all seven bandmembers – double drummers, three guitarists, plus bass and keyboards – the Gizzard/Lizard/Wizards let their sonic abandon do the talking. As what was happening in front of the stage became the spectacle, they never strayed from the mastery of their instruments or the clean, practiced skuzz nailed down across a prolific discography. 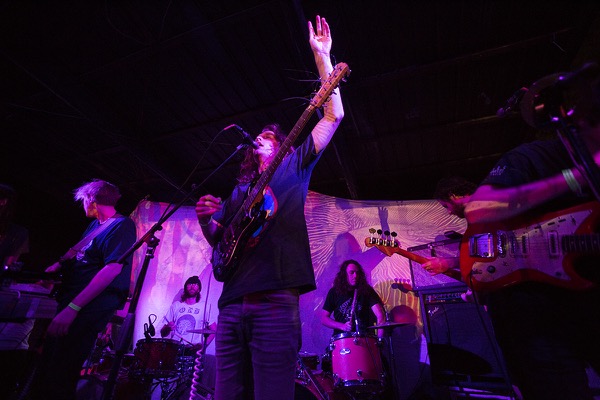 King Gizzard & the Lizard Wizard at Barracuda, May 1, 2016 (Photo by Jana Birchum) 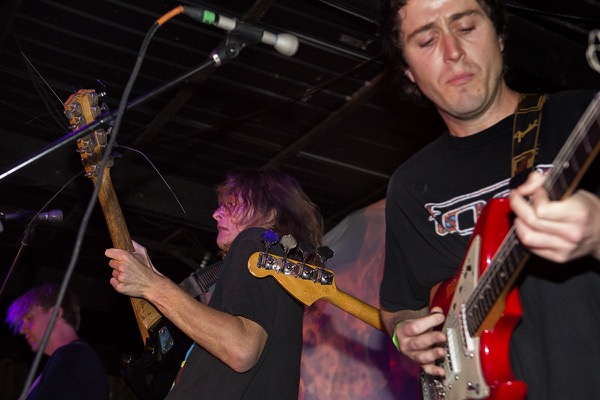 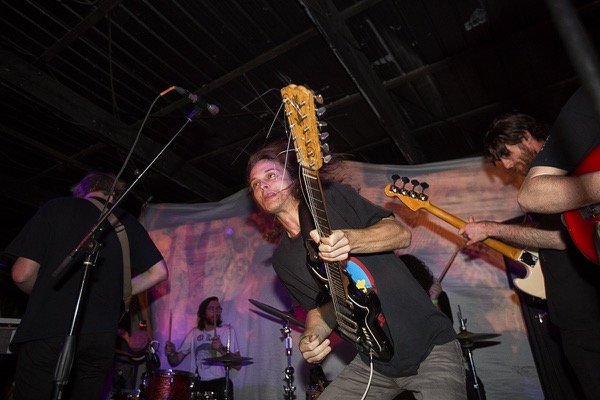 The set list drew heavily from Nonagon Infinity, new cuts like “Evil Death Roll,” “People-Vultures,” and “Gamma Knife” inspiring fans to shimmy up the steel beams running along the top of Barracuda’s outdoor stage and dangle above the roiling mass. Beneath them, a ceaseless train of crowd surfers were buffeted atop the outstretched hands of the audience, often crashing down hard but returning for more, seemingly unscathed.

As King Gizzard closed out with 12 Bar Bruise’s “Cut Throat Boogie,” the crowd reached peak fervor. A zip-up hoodie from one of the ambitious stage climbers remained draped over the highest beam, fluttering like a victory flag at the end of a wild weekend. 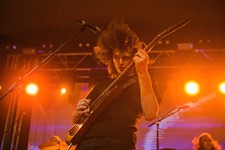