A horde of hopefuls converged on the Scoot Inn Friday night, most Levitation-goers suddenly SOL. Unable to procure tickets to one of the less than a dozen makeup shows, spillover fans cased sold-out venues, these hell-bent on seeing Slowdive. Some climbed atop cars to peep the Eastside venue’s outdoor stage. Even a neighboring bulldozer was deployed. 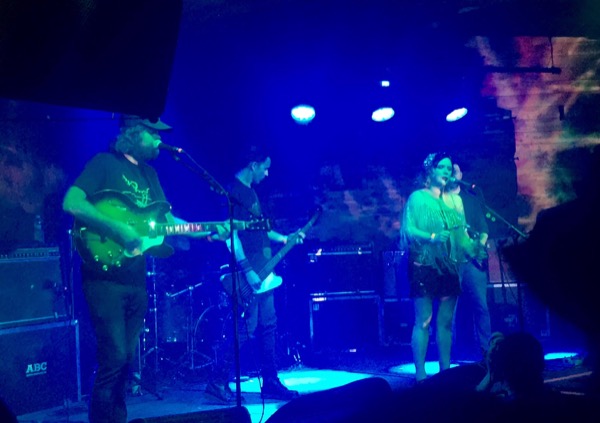 The Brits then calibrated their fest-ready set without hitch. From 1991 debut Just for a Day came “Catch the Breeze.” 1995’s Pygmalion was also revisited, via “Crazy for You." 1993 breakout Souvlaki was most frequently tapped ("Machine Gun").

Their 75 minutes nearly up, the set list suddenly curtailed. Time! Those peeping Slowdive performances online noticed that “Dagger” was axed, and sadly. The remaining foursome continued playing, against a backdrop of liquid rainbow. After a monumental rock & roll jam, the men leaned their guitars against their respective amps to draw feedback. Drummer Simon Scott then stood from his kit and bowed, his hands at heart center.

Fans echoed that gratitude, shouting their thanks, then retreated into a still rainless night. 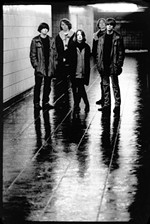