“It will be a late night,” predicted Transmission Events’ chief booker Graham Williams via email late on Thursday night/early Friday morning in the wake of Levitation’s cancellation. The three-day outdoor music festival was called off at 5pm Thursday due to a weather forecast posing potential public safety concerns. 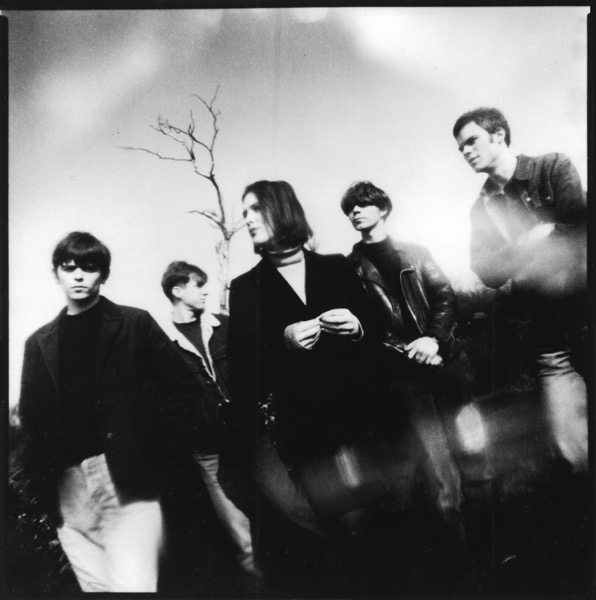 Williams, whose concert promotions company co-produces the event with the Reverberation Appreciation Society, was tasked with making the best of a bad situation by rerouting some of the festival offerings into local clubs. Thursday evening, Levitation’s website promised: “We’ll be working around the clock to book as many shows as we can at inside venues in downtown Austin this weekend.”

Festival passes are being refunded and entry to any club shows will require a separate ticket.

The situation evokes flashbacks of ACL Fest 2014, when the final day of the Zilker Park festival’s second weekend was rained out, causing organizers to scramble in finding indoor venues for performers still willing to take the stage. 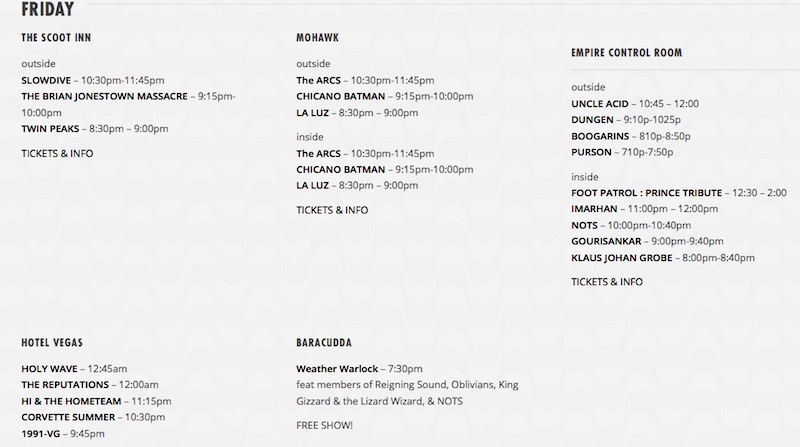 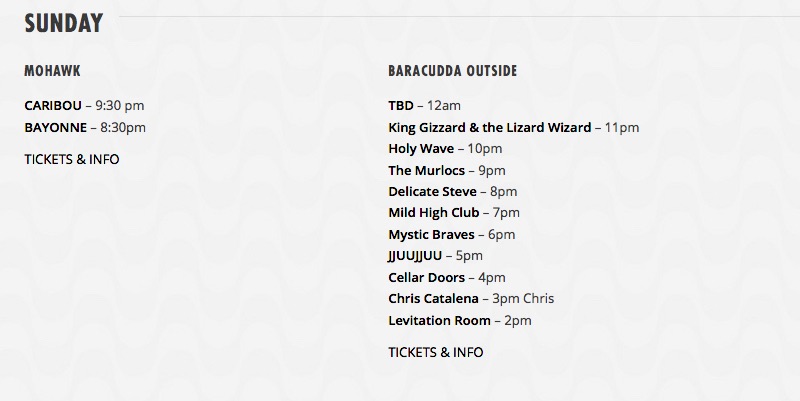 Here’s this morning’s first social media announcement of a Levitation make-good – headliner Slowdive alongside the Brian Jonestown Massacre, and Twin Peaks. We’ll re-post more to this string as the day unfolds.

ATX: bummed @LEVITATION had to cancel. To make it up to you, we’re playing @emosaustin TOMORROW w/@kaitlynaurelia! pic.twitter.com/FQil5itDM0

Austin venue obtained. We are flying there now, details once we land.