Even after Levitation’s cancellation ... the shows went on!

If you checked social media Thursday night, you’d think the Reverb Appreciation Society had declared war on its fans in the wake of Levitation’s cancellation. At the three festival kick-off shows last night, the mood was decidedly ... chill. No angry conversations, no crossed-arms in the crowds. Everyone seemed to take the loss of Levitation in stride.

That even included out-of-towners. Two different sets of travelers – one a young lady from Ontario, Canada, and the other a couple who’d traveled all the way from Spain – told me, “If the festival you want to see is canceled, this is the perfect town for it.”

Certainly the vibe inside Mohawk felt the same as any other highly anticipated Saturday night show. And no wonder, really. Headliner Chelsea Wolfe can draw a crowd without the aid of festival patronage, and the addition of Pinkish Black, locals the Well, and Blaak Heat only enhanced the potential. 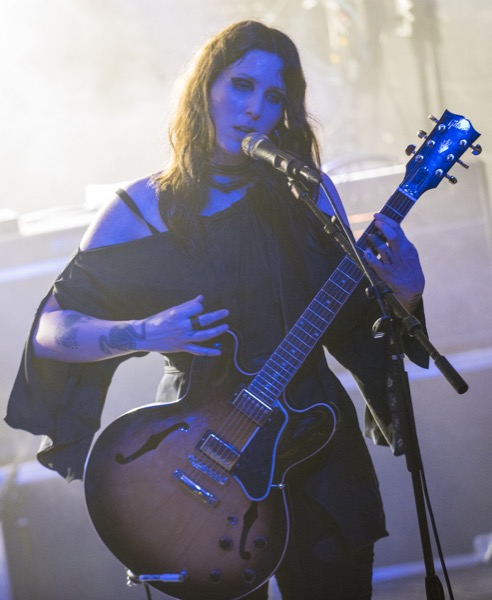 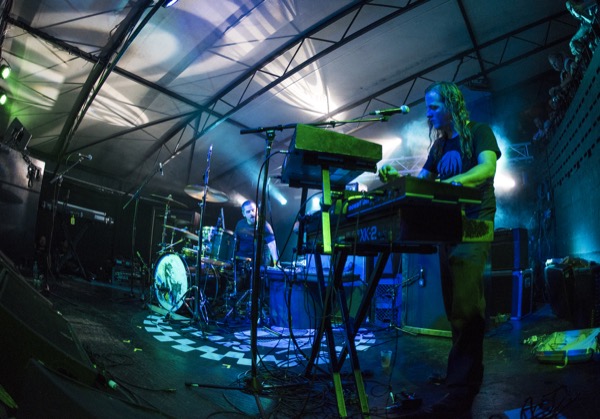 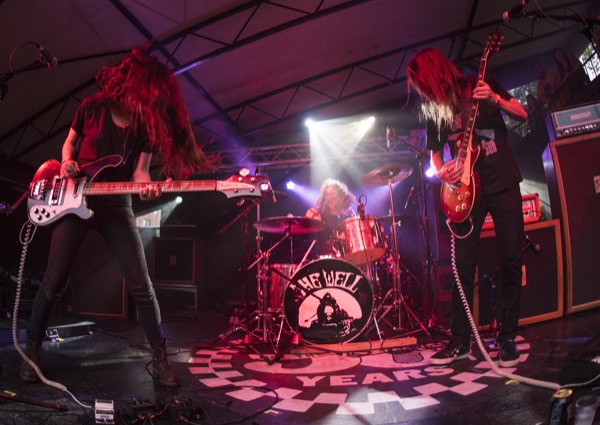 The former Blaak Heat Shujaa played to an admittedly tiny crowd, but that’s not unexpected when the show starts at 6:30pm in broad daylight. The L.A. trio’s Middle Eastern-flavored power rock – think Cream if its members had grown up with Nusrat Fateh Ali Khan instead of Robert Johnson – went over like a storm with those who did show up. By the time acid metallers the Well took the stage, an appreciative crowd had gathered to absorb six powerhouse songs, including a new tune that added a NWOBHM flavor to the homegrown threesome’s usual psychedelic doom.

When Pinkish Black unleashed its impossible-to-categorize heavy rock, the audience was primed and ready. No thoughts of canceled anything when the Ft. Worth duo’s pounding atmospherics into magic. Pinkish Black’s gothic art crunch proved the perfect segue between the stoner rock at the beginning of the show and what closed it out.

Chelsea Wolfe and her threepiece band conjured a similarly unclassifiable spell, as her eyeliner stylings floated over metallic chunks a million miles removed from anything that’s typically described as “goth metal.” As the music gained power, the 32-year-old Los Angeleno’s voice shifted from her familiar ethereal croon to an assertive wail, going toe-to-toe with scraping feedback and tribal drumming. A house packed with as many Wolfe fans from the indie side of the tracks as Levitation refugees demonstrated its appreciation loudly, putting new songs including “Iron Moon” on equal footing with fan favorites like “Feral Love.”

Down the street, Barracuda had already reached capacity by that point, a one in/one out policy waived only for Levitation bands and media. With everyone from Floorian and Mystic Braves to Death Valley Girls on one of the club’s two stages, the sell-out was a no-brainer. I only had eyes for the Veldt, however. 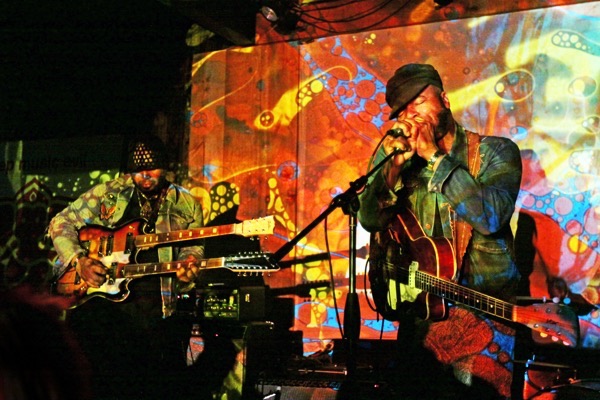 Thanks to its influence on current R&B darlings Miguel and the Weeknd, the North Carolina quartet has gained traction a quarter of a century after its soulful shoegazery first pricked up ears. With amplifier problems threatening to drag the set down and Resurrection Hymns, its first LP under the Veldt name since the Nineties, in the offing, the band wasted little time with nostalgia. They ignored their best-known early work from 1994’s Afrodisiac and even tracks from this year’s The Shocking Fuzz of Your Electric Fur EP in favor of songs only die-hards have heard.

Though known for its dream-pop/R&B fusion, the Veldt spent the first half of the 30-minute set in guitar heaven, throwing shapes not unlike U2 as well as the sounds of its Nineties peers. Bassist/programmer Hayato Nakao often picked up a third axe, aiding the brothers Chavis in building a high-volume web of shimmer. If drummer Marvin Levi sometimes fell out of sync with the electronic rhythms (thanks to the tracks not always appearing in his monitor), it never got in the way of the guitarists’ six- and 12-string lattice.

The band ended its five-song set with new tune “Symmetry,” a psychedelic slow jam that allowed singer Daniel Chavis to show off his finesse and Nakao and guitarist Danny Chavis to throw their effects pedals against the wall for all to stick. It felt more like a buildup than a climax, but festival set times being what they are, climax it became. Finally, disappointment caught up to the punters. 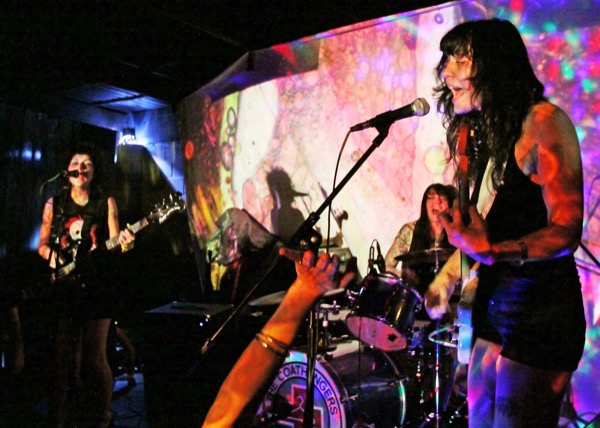 Other Levitation kick-off shows included the Coathangers at Barracuda, 4.28.16 (Photo by Shelley Hiam) 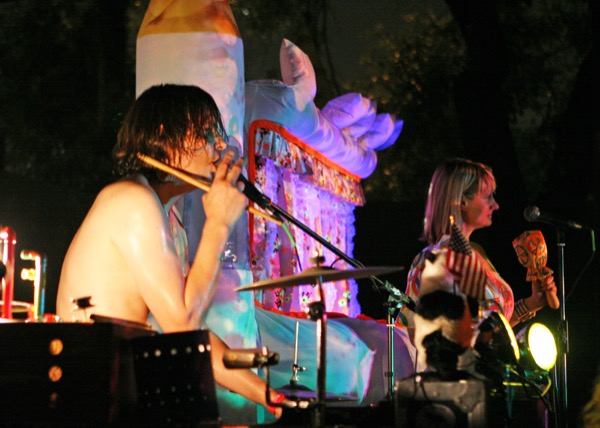 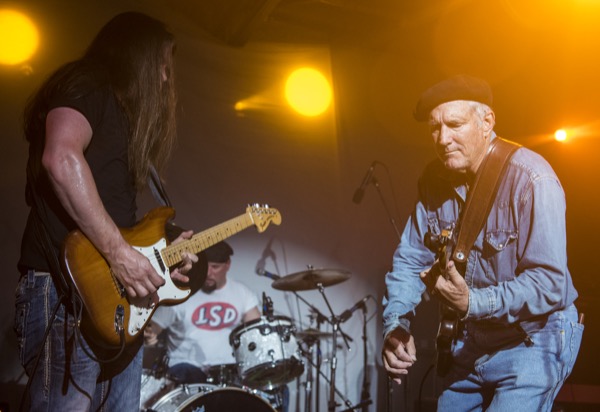