The Bo-Keys have carried the torch for Memphis soul music since the late Nineties. Bassist/bandleader Scott Bomar waxed rhapsodic about that sound and Heartaches by the Numbers, the band’s third LP, which drops while they’re in town with vocalists Percy Wiggins and Don Bryant for a three-night stint at Antone’s: Thu., April 28, through Sat., April 30. 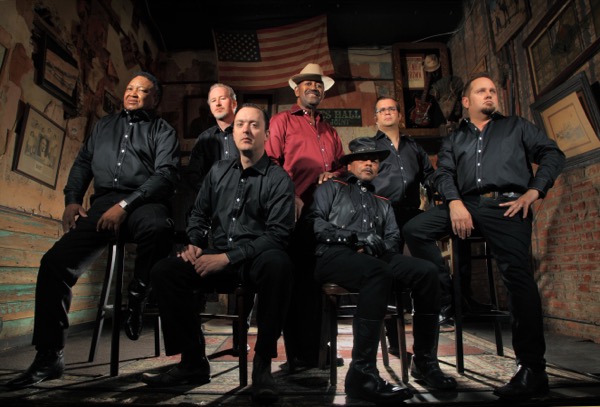 Austin Chronicle: I assume the name of your band is a nod to Memphis instrumental soul bands like both the Bar-Kays and Mar-Keys, right?

Scott Bomar: That’s exactly right. When we first started the band, our trumpet player Mark Franklin joked that we should call the band the Bomar-Keys because of my last name. I said, “I don’t know about that, but if we shortened it to the Bo-Keys that would be pretty cool, ’cause that sounds like it could’ve been a band in the Sixties.” There were all those hyphenated bands: the Mar-Keys, Bar-Kays, and also the Pac-Keys. That’s where it came from.

AC: I’m familiar with the first two, but who were the Pac-Keys?

SB: The Pac-Keys were a band started by Packy Axton, who was one of the members of the Mar-Keys. He was the son of Estelle Axton, who was one of the owners of Stax Records. There’s a cool compilation of Packy Axton material on Light in the Attic records that I actually co-produced and helped compile. It’s really cool instrumental stuff. Packy had a bunch of different groups. One of them was called the Martinis and they have a great song called “Hung Over.” Our keyboard player, Archie Turner, was in the Martinis.

AC: Whether you’re talking Stax Records, Hi Records, or any number of smaller labels, Memphis soul has an immediately recognizable signature sound to it. What is it about that music – whether it’s Al Green or Ann Peebles – that you just know it’s a Memphis record?

AC: You have that legacy to draw on, so I’m wondering how much you try to stay within that classic formula, or if you try to update it in some way.

SB: With the members that we have in the Bo-Keys, we don’t have to try too hard for it to come out the way it comes out. We’re blessed to have guys like Howard Grimes and Archie Turner in the band. They were guys who played on a lot of the original recordings that people associate with Memphis and know and love. Howard played on just about the entire Hi Records catalog – played on a lot of Stax cuts. When you have Howard playing with you, you kind of automatically get that Memphis sound.

The younger guys in the band, we all have had the opportunity to be mentored and trained by some really incredible musicians. We’re all from Memphis and we all came up playing with guys who were some of the architects of the sound. For me, it’s been bass players like Duck Dunn and Leroy Hodges, or James Alexander with the Bar-Kays. Those are all guys I’ve worked with in the studio or as an engineer. I studied what they did and asked them a million questions about how to play different things.

Being in Memphis is probably a lot like Austin, where you have some amazing musicians who’ve been doing it a really long time, so when you’re a young, up-and-coming musician trying to learn, you’ll have guys who take you under their wings. If you’re not playing something right, they’re gonna let you know. You learn that way. So there’s a legacy and a lot of the musicians have been really generous in passing it down.

AC: You mentioned Duck Dunn, who, along with Steve Cropper and the Memphis Horns, is part of that legacy of integrated bands in Memphis. No matter how tense race relations were in society as a whole, much of the soul music coming out of the city was an integrated affair. How important do you think that was to the scene and the music?

SB: I think that the bands being integrated is such a big part of the Memphis sound and that’s what the Memphis sound is – the collision of gospel, blues, jazz, country. A mix of all that. When you get integrated bands, I think you get a mix of sounds that you wouldn’t get any other way. The same could be said for Texas music, too. It’s got that same cross-pollination. It’s a huge part of the sound. In the Sixties, you had this amazing thing happening where everyone was influencing each other and it didn’t matter if somebody was black or white. If they could play, that’s what mattered.

AC: That’s partly what your new album is about, right – the intersection of country, funk, and soul?

SB: This is our third full-length album and everything we’ve done up to this point has been essentially pure Memphis soul. Really heavily influenced by the Hi Records sound, and the Stax Records sound. For this new album, I really got more into the Muscle Shoals sound and what was going on at Fame Studios in the Sixties. Also, what Chips Moman was doing at American Studios here in Memphis.

When you really get into that material, the core of it is this amazing songwriting and guys who were writing songs that were basically country songs but they recorded them with a soul band. It came out as this really cool kind of soul-country hybrid. That’s what I wanted to do with this record. I wanted to take country songs and record them with a soul band to see what happened.

AC: Percy Wiggins is one of those unsung Memphis soul heroes. What can you tell me about him, and what he’s like to work with?

SB: The original concept for the band was to be an instrumental act like Booker T & the M.G.’s, the Meters, or the Hi Rhythm Section – our own self-contained instrumental band. The whole model of the band was based on that. I don’t know if you’ve seen footage of the Stax/Volt tours in Europe in the Sixties, but that was part of the inspiration. They would come out and do a smoking instrumental set, and then after that it’d be a revue: Sam & Dave, Eddie Floyd, Otis Redding.

That was the concept of the band, but over the years we’ve been able to back up and play with vocalists that never in my wildest dreams I would’ve thought I’d get to work with: Rufus Thomas, Carla Thomas, Eddie Floyd, William Bell, Otis Clay, Roy Head from down in your part of the world. Just so many legendary artists that we’ve had the opportunity to work with. Then, when we weren’t backing singers, we’d play out as an instrumental band. A couple of the guys in the band would do some vocal songs, but we didn’t have a full-time vocalist until Percy joined the band.

Howard Grimes brought in Percy. He said Percy Wiggins would be the perfect singer for this band and that ended up being so true. He’s one of the greatest singers I’ve ever worked with. He’s got an amazing voice and is also just an amazing person, so easy to work with. For the new record, I had close to 75 songs in consideration. I got with Percy first and went through all these songs to find the ones that best suited Percy’s style and voice. I feel like Percy coming in was the real beginning of the band.

Our last album had a lot of different guest vocalists on it – William Bell, Otis Clay, Charlie Musselwhite – but Percy is the main singer in the band, so we wanted to make an entire album with him as featured vocalist.

AC: And Don Bryant. I feel like he’s known more as a songwriter.

SB: Don Bryant sings harmony on our version of “Heartaches by the Numbers,” the title track off the new album. A lot of people have done the song, but the Ray Price number is the one we were inspired by. Don is known more as a songwriter, but among musicians and singers he’s a legendary vocalist. His wife is Ann Peebles. When Ann was going out doing shows, Don would open up for her.

Don is more of a behind-the-scenes songwriter type guy, but recently he’s had the desire to step out and be an artist. It’ll be a rare treat to be with him in Austin. All the shows we’ve done with him, people were blown away. Because he was primarily a songwriter and not a performer, his voice is well taken care of. He hasn’t blown it out over the years.

AC: You’re a local Memphis kid and you’ve worked with nearly all the soul greats of the city. You produced records with Willie Mitchell and worked with Al Green. What’s all that been like for you?

SB: If it weren’t for the time I worked with Willie Mitchell, I wouldn’t have a career. I’d been working in studios and had been a musician, but having that opportunity to work with Willie Mitchell on those two Al Green records [2003’s I Can’t Stop and Everything’s Ok two years later] taught me how to really make a record. It was a big Willie Mitchell production – background vocalists, strings, horns – and to be able to be there and see how he put it all together is one of the most valuable experiences of my entire life. I’m just so fortunate.

And Al Green. It’s one thing to hear Al Green on a record or in concert, but to hear Al Green in the studio in that environment that up close – to hear the control that he has over his voice – is one of the most unbelievable things I’ve ever heard.