Passport panic gives way to thanksgiving with Our Lady of Guadalupe

We arrived in Panama from Caracas with only 10 minutes to make our connecting flight to Mexico. That’s when the guys decided to make a pit stop. Jacob – our American Music Abroad tour manager who’s been with us since D.C. – and I boarded the plane and saw my trio mate Michael take his seat. Where’s Sammy?! 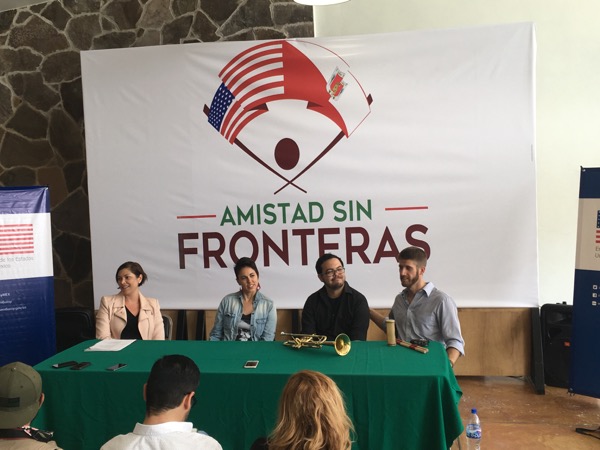 Minutes later, the airline crew tells us he can’t find his passport and the plane has to take off.

We frantically search our bags to make sure none of us ended up with it. No dice. They won’t let Jacob de-board the plane to help Sammy, so he makes some quick phone calls and we spend the next three hours in the air praying and wondering what would become of our band.

They found Sammy’s passport in the vacuum cleaner from our Venezuelan flight. The real miracle is that they turned it in! Apparently, U.S. passports can go for up to $10,000 on the black market, so we’re eternally grateful to the honest, kind souls who turned it in.

And thanks to the staff at the U.S. State Department and U.S. Embassy in Panama, Sammy ended up in Morelia, Mexico, only a few hours after we landed that night. Gracias a Dios!

I was able to offer up a true thanksgiving at mass the following day at the Morelia Cathedral, which boasts the second-tallest baroque towers in Mexico and one of the largest pipe organs in Latin America, with 4,600 pipes. Morelia is the capital city of the central Mexican state of Michoacán and, with its welcoming colonial plaza and bustling nightlife and safe streets, stood in stark contrast to Venezuela. 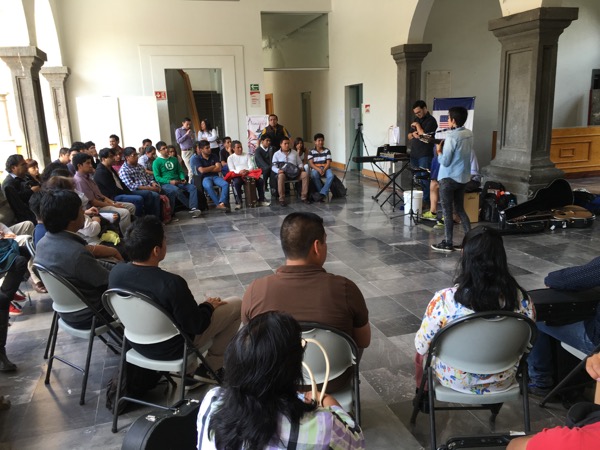 We performed at the beautiful Conservatorio de Las Rosas and enjoyed delicious Mexican cuisine with the embassy staff and their local partners who help make the workshops and concerts possible. The next day we surprised the students at Universidad Vasco de Quiroga with an interactive version of Justin Bieber’s “Sorry” (don’t judge!), and our stay ended with an official Policía Federal escort to the airport for our next stop: Tlaxcala via Mexico City.

That’s where I took a wrong turn. 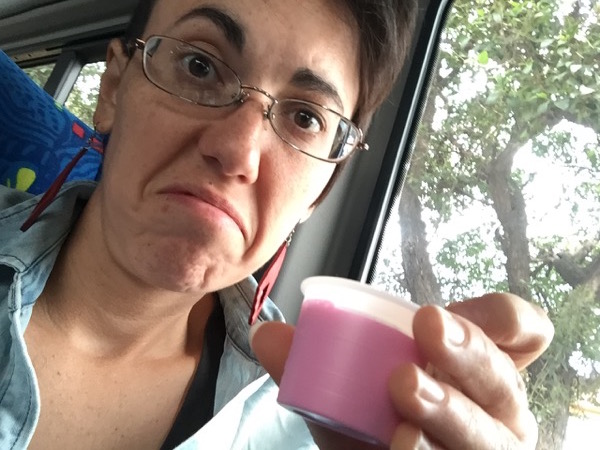 I have a pretty strict gluten-free, dairy-free diet in order to keep my voice healthy, and since fresh greens aren’t always safe in Latin America, I’ve been eating a lot of grilled chicken or fish and steamed veggies on the road. In Mexico City, I decided to venture out for some sushi. Bad idea. Let’s just say I paid for it the next couple days. 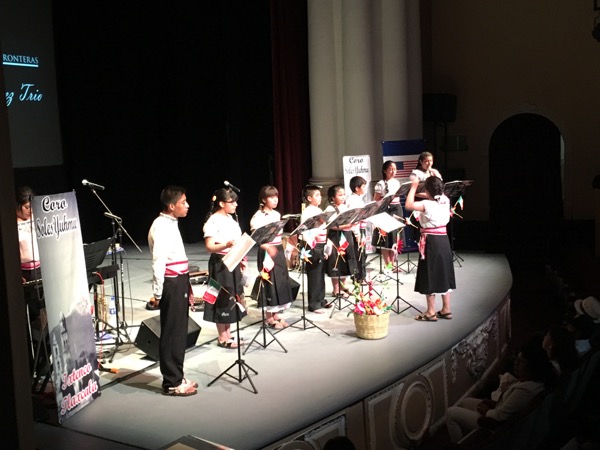 Tlaxcala is the smallest state in the Republic of Mexico, but Tlaxcaltecan pride bursts from every corner. Purple Jacaranda trees line the streets and parks, leaving lavender blankets at every turn. Our performance at the gorgeous Xicohténcatl Theater was preceded by the most adorable youth choir that sings popular Mexican songs in their native tongue, Otomí.

Being in Mexico has special significance for me since my dad’s side of the family is from Saltillo, and my song “Maíz,” is dedicated to the Mexican corn farmers who lost their farms and livelihoods because of NAFTA. Little did I know that Tlaxcala actually means “Tierra del pan de maíz” (land of corn bread) and their whole diet and culture is based around corn. That night, we were treated to a five-course “slow food” meal all based on corn. A lot of love went into that dinner and I’m convinced that it cured my ailing tummy. 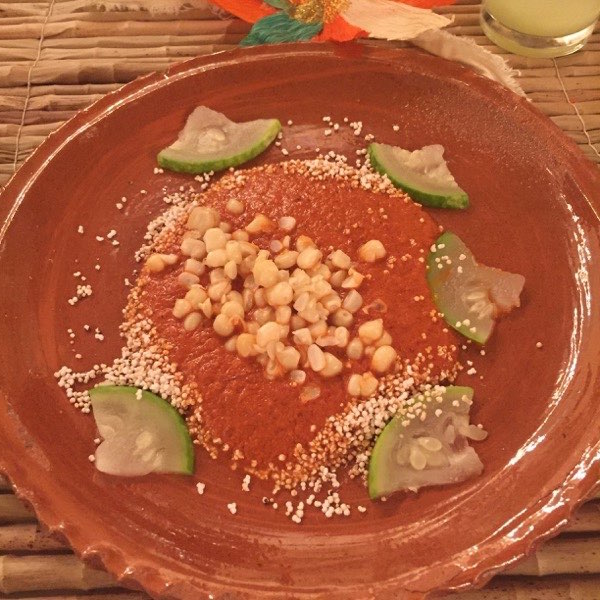 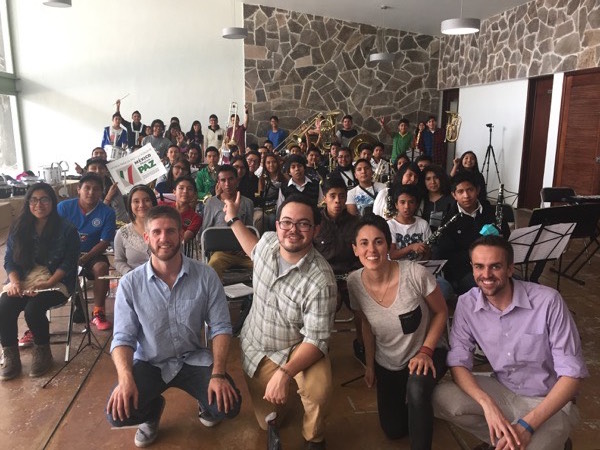 With little sleep, we powered through our longest day yet with two workshops, a radio interview, and a road trip back to Mexico City. The guys organized a heroic version of “Billie Jean” with a youth marching band who performed their entire repertoire for us with such pride that we couldn’t help but use our down time to hang out with them.

Afterward, we were gifted an intimate session with a diverse group of women to talk about female empowerment in a society where the words “woman” and “puta” are synonyms, and femicide is rampant and hardly investigated. Older women offered their struggles and words of wisdom, while young girls shared their fears and hopes for the future. It was beautiful and intimate to witness the power of sisterhood in a machista society – an experience I hope to honor in song. 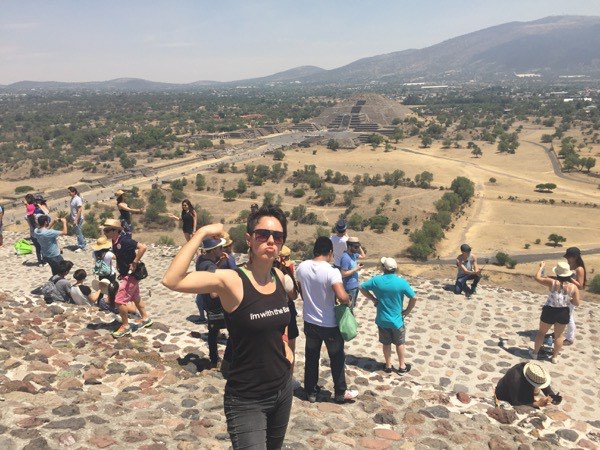 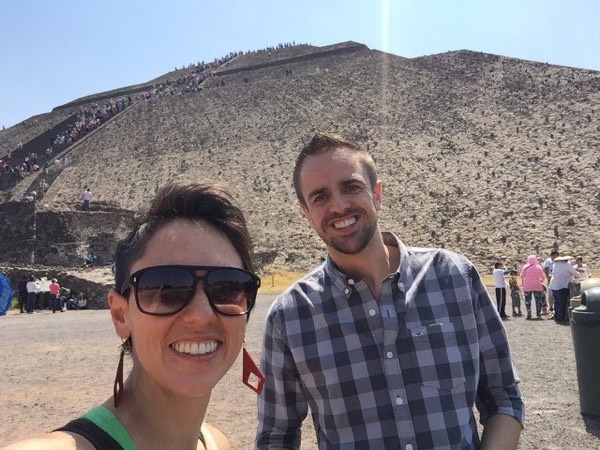 With a day off in Mexico City, I couldn’t miss the opportunity to visit the Mesoamerican wonder of Teotihuacán and the shrine of the Basilica of Our Lady of Guadalupe! Jacob and I decided to make a day of it and ventured out on the bus to visit the ruins and Our Lady – a final thanksgiving for reuniting our trio and gifting us these opportunities to connect with beautiful people throughout Latin America. 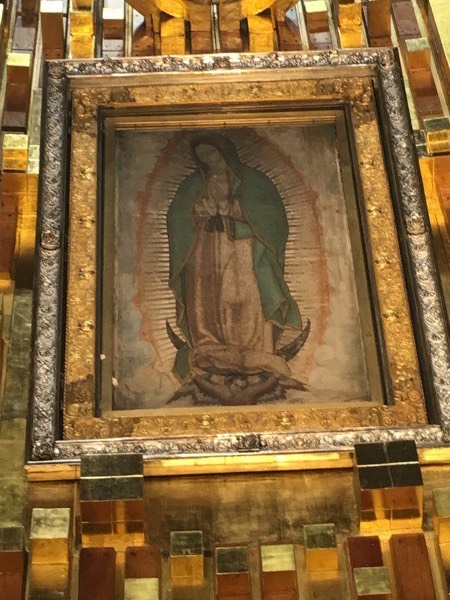 Next stop: the Dominican Republic!