Nathaniel Rateliff, 37, isn’t new to making albums. Prior to his rollicking soul and R&B act the Night Sweats, the Missouri troubadour sang somber acoustic ruminations of love and loss on multiple solo projects, including 2010 Rounder Records debut Memory of Loss and Falling Faster Than You Can Run three years later. He plays a sold-out Stubb’s tonight. 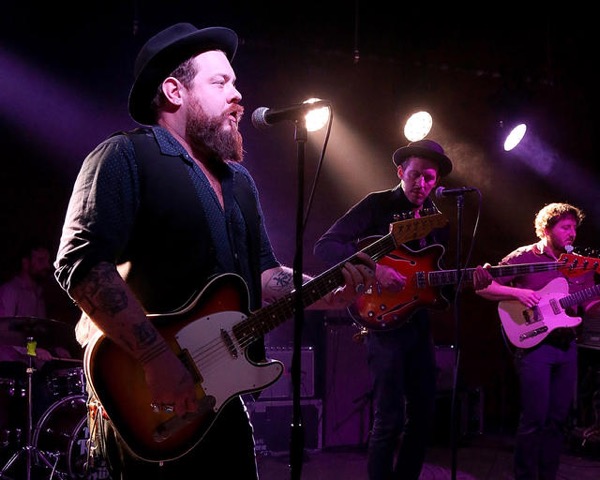 Austin Chronicle: Your eponymous debut with the Night Sweats last year wasn’t your first album, but its reception must have taken you by surprise.

Nathaniel Rateliff: It’s been humbling and a real surprise. I didn’t expect it to go so well as it did considering the amount of records I’ve put out in the past, like with my solo work or my older band the Wheel. We never got the same response as I thought we’d get. Everything pretty much changed with this record, but it’s been awesome touring the States and playing to sold-out crowds.

AC: While doing your solo work and playing with the Wheel, you also had a short stint of missionary work.

NR: Yeah, I grew up in rural Missouri and religion was just a big part of my life when I was younger. I moved to Denver in ’98 for missionary work. It’s funny because I told one of my best friends who moved out of Missouri too that, “It sure does suck you have to join the Navy to leave Missouri,” and in response he told me, “Sure does suck you had to join the occult.”

AC: What made you stop missionary work?

NR: I realized I don’t really feel comfortable on the whole trying to convert people. When I moved out here to Denver, I was just a kid – around 18 – and I had been living on my own since I was 16. When you’re raised in the church, you have this idea that that’s the right thing to do, so the first thing you do is move in that direction. Then I quickly learned that it wasn’t the right thing for me and soon I started to question the existence of God, too.

The missionary work was the way for me to get out of Missouri, and I just stayed in Denver because I liked it. I really needed to leave Missouri because there were no work opportunities for me and I had already worked at a plastic factory twice. It wasn’t going to get better. Luckily, while in Denver, I found a job at a trucking company and worked there for 10 years.

AC: Was it difficult making music while holding a pretty stressful job?

NR: I always found working to be helpful in the creative process. I feel like the movement and when you force your body to move it makes you clear your mind to think about other things. I wrote and came up with most of my material while working on those day jobs. I remember I’d be singing or coming up with melodies while working, or I’d sing R&B or doo-wop songs while joking around with friends.

Throughout those years, I went through quite a bit, and it was perfect songwriting material. I’d have severe panic attacks and depression. It was a stressful 10 years of struggle.

AC: One song on Nathaniel Rateliff & the Night Sweats that addresses struggle is “S.O.B.” Was that hard to write considering its overarching theme of alcoholism?

NR: No, surprisingly it wasn’t. Alcoholism was definitely something I struggled with and is something a lot of other musicians in the business struggle with. Some people aren’t necessarily aware of it, but at shows you don’t really get free food, you get free drinks. It came out of an experience of having bad withdrawals and was my way of making light of that situation – as bizarre as that sounds. I love humor, so I thought that by making fun of it, it would maybe help me out.

It’s also been interesting to see the spectrum of people that love to drink to it and party, while others come up to me and say, “I had been an alcoholic for a long time and I’ve been sober for so many years, but it brings up a lot of conversation to the table and brings a lot of healing for the family, so thank you.” It’s awesome to hear both sides of the story.

NR: There were actually a few treatments from the label and some were super ridiculous ideas. Like one was them telling me, “Oh yeah, and in this scene we’ll put bugs all over you,” and I was like, “You can go fuck yourselves, I’m not putting any bugs on me.” Then another one was a choreographed dance routine in a prison, and I thought that was pretty cool. Then I remember seeing The Blues Brothers and thought it would be a funny and cool idea to have a spoof of that classic prison performance scene.

AC: The whole album is based on R&B and soul. Why go in such a different direction from your former work?

NR: It wasn’t a conscious decision to do something different. After we made Falling Faster Than You Can Run, I was going through a lot. It was just such a long process and I didn’t even know if it was going to see the light of day, honestly. Looking back, it’s kind of bittersweet. I love the music I made but, man, those seven years of making those albums, with two of those years trying to keep my head above water, was hard. I needed to keep things afloat, and I started feeling a huge responsibility of trying to make a good life for my family and my band members.

So it wasn’t a conscious decision to make the new record with R&B and soul. It was just a natural process that came out of discouragement and not knowing what to do. I had a friend suggest I come into the studio and record a couple of songs. I always loved R&B and soul, so I figured why not write some of it. When I wrote the first song, that’s when I realized, “Wow, I think I could actually do this.”

AC: The cathartic and melancholic aspect of soul and R&B has always been present in your music. Did you grow up listening to the two genres? How did they come to resonate with you?

NR: It wasn’t something that my parents played at home or anything. When I grew older, I discovered Sam Cooke, Otis Redding, Sam & Dave, and James Brown, and really fell in love with all that stuff. It was more coming from self-discovery and soul-searching.

Those artists really speak to me because they tapped into this sweetness and peace in melancholy that’s often under-appreciated and unnoticed. I’ve always been kind of bummed out [laughs]. I’ve never been that sort of person to enjoy someone who’s chipper in the morning. Sometimes when that person is all, “Oh hi! Good morning! How’re you doing?,” all I really want to say is, “Fuck off” [laughs].

I’d like to think I’m not necessarily negative. I’m just a realist. 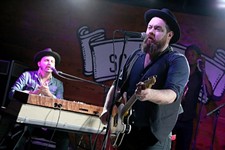