Jess Klein married her longtime sweetheart, songwriter Mike June, two weeks ago at the Hummingbird House in Manchaca. It was a small affair. The bride wore sparkling white and glowed like a woman who’d found true love. For their honeymoon, the couple went to Jamaica, where Klein first performed and wrote songs during a college semester abroad 23 years ago. 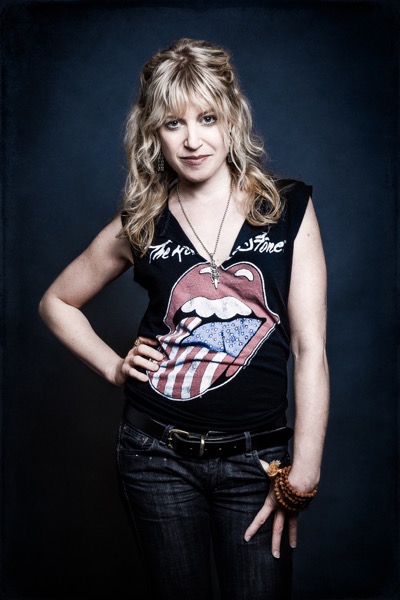 Sadly, the wedding also marks the couple’s local exit. Like so many local musicians, they feel they can’t make it here anymore in the new Austin.

“We’re moving to the Raleigh, North Carolina, area,” confirms Klein. “We chose Raleigh because it’s affordable, closer to the Northeast where we both do the majority of our touring, and close to our families in Florida.”

Tomorrow – Wednesday – the singer performs a farewell concert at the Cactus Cafe. Her brand-new husband, June, opens. The former will have her full band with her: guitarist Billy Masters, Mark Addison supplying bass and vocals, and Brian Mendes on drums – plus Matt the Electrician, Randy Weeks, and Havilah Rand on hand as special guests.

The newlyweds have been in close proximity well before they started sharing stages. Across the northeastern Jersey border from June, Klein hails from Rochester, N.Y.

“I grew up in the suburbs,” she says. “I was an only child, which meant I had a lot of time to myself, and that suited me just fine. Time alone was how I discovered my creativity through writing short stories, drawing, dancing, and listening to records.”

Her earliest musical memory is going to preschool percussion classes. Her mom spun records by the Temptations, Ella Fitzgerald, and Louis Armstrong.

“I’d listen to those albums and I’d imagine all the possible romance and excitement life could offer, and I began to see music as a world where anything I could imagine could be made real – at least for the duration of the song,” reminisces Klein.

She played her first gig in Kingston during college. It was then she found her calling. Moving to Boston after school, Klein worked as a secretary, but started touring full time before long. She was quickly signed to Rykodisc, and moved to Austin in 2008 after hustling to pay bills in New York.

“Austin gave me a sense of community,” she says. “I showed up at the tail-end of Austin’s small-town feel and affordability. It was the first time I’d lived anywhere that I could afford to live alone.”

She took up in the musician-loved Wilson Street cottages until they were torn down for condos.

“That time and energy is gone and will never exist again here in Austin,” laments the singer. “I probably don’t have a right to, but I feel nostalgic for those days and frustrated by the population boom driving up rents and making traffic so bad.

“We’re now paying twice the rent for a studio apartment that I paid eight years ago for an entire one-bedroom house. I hope the programs the city is working on can bring some of that affordability back for artists. At the moment, the reality for me is, I look at rents in other cities and states and I realize I could actually be putting money away if I lived elsewhere.

“I tour all over the world and mostly in places quite far from Texas, so as much as Austin has meant to me, as much as I’ve learned and grown here artistically and personally, I can’t justify living here anymore.”

As Klein prepares to depart Austin, she recalls one of life’s truths that was pointed out to her once:

“My actions affect people and I have the power to make decisions about how I want to act in this world,” she says forcefully. “I can’t control outside events or people, but I can control my actions and decide what to put my energy toward.” 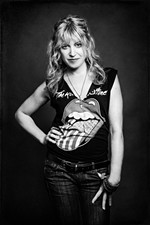