Save for the doormen, Brazos Hall looked closed for business Sunday night. And not just from the outside. As one entered the downtown venue, guided by flashlights from security, the place was completely dark.

The only clue the club wasn’t resting from a busy weekend of party rentals was a strange glow creeping up from behind the impromptu hallway of black curtains. That and the fact that no one was alerting the fire department to the dense fog of smoke filling the building.

As patrons rounded the corner, a group of 200 were already sitting cross-legged on the floor staring collectively into a wash of blue and red lights that were cut with a subtle splash of purple where the two beams met and cast on a screen in front of them. Ambient music droned in measured anticipation as the small gathering waited for Baltimore dream-pop duo Beach House. As unnerving minutes ticked on in the relative blackness, I probably wasn’t the only member of the silent crowd who was beginning to think we’d been punked.

As promised, however, the pair took the stage at 9pm sharp. This unique set-up was the premiere of the band’s second salvo of installation shows, a set of six May pop-ups complimenting the band’s concerts in select cities. Victoria Legrand and Alex Scally launched into an hour-long set made up mostly of cuts from 2015’s Thank Your Lucky Stars, 2008’s Devotion, and the band’s eponymous debut from 2006.

The entire performance, which highlighted the transfixing static in Beach House’s music, was done without breaks. Instead, they relied on drone and rain stick effects for transitions. Programmed drums bumped to life in quick succession. 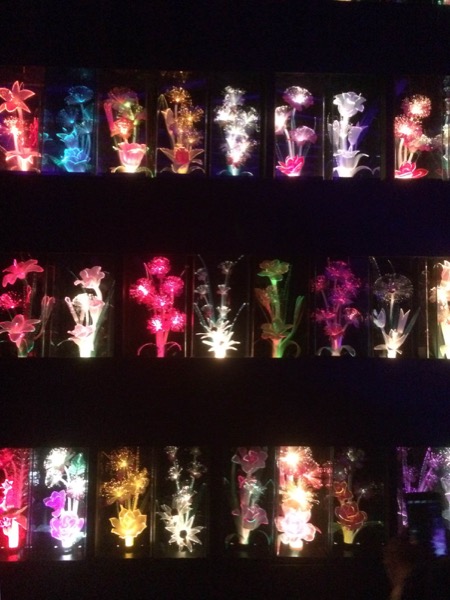 Given the captive audience, a closed bar, and an absence of between-song breaks for cheering, Beach House had total control. Projections on the silk screens that separated the musicians from their audience scattered flowers and stars over the band and onto the ceiling, all quietly undulating as Legrand’s alto rang out. A dual panel of fiber-optic flower arrangements, set into individual cubbies that bookended the seating space, came to life strategically throughout the performance, diverting attention away from center stage to the wings – usually the last thing a musician wants.

If anything, that demonstrated a rare trust between listener and performer. Without the instant gratification of audience reaction, Beach House had to trust that the audience was still present in the moment. They also proved their faith in the largely alcohol-free environment for a show.

On the other side of the Oz-like barrier, Legrand and Scally could be seen in the flashes of light that occasionally exposed their figures. Judging by the applause after a humble and brief farewell from Scally, the exercise paid off. 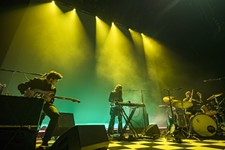 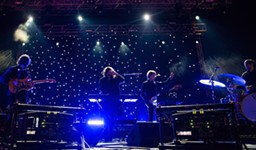