Springsteen Takes Dallas to The River

At the 3:20 mark – hours, not minutes – Bruce Springsteen could only repeat, “I got nothing.” Some 20,000 fanatics at the American Airlines Arena in Dallas on Tuesday knew better, even if the E Street Band looked ready for a post-concert cocktail. A somewhat anti-climactic “Bobby Jean” served as canny come down from three-plus hours at dizzying heights. 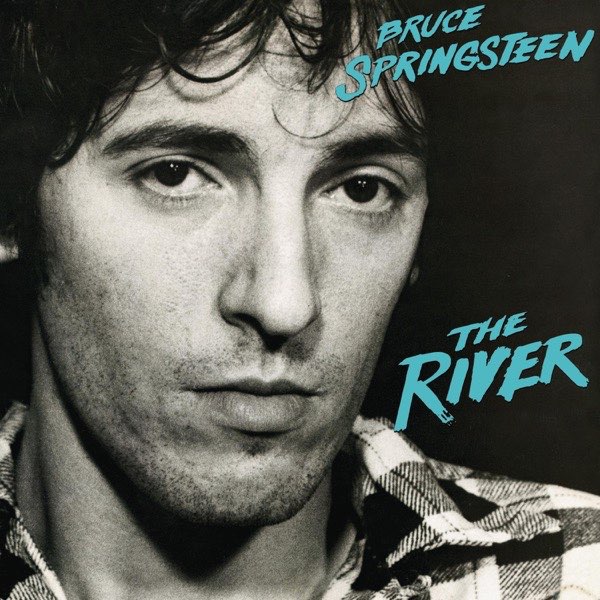 Sole Texas date in promotion of December’s Ties That Bind: The River Collection, a 4-CD/3-DVD breakout of the Jersey icon’s 1980 double album, the show’s second half had been a spectacle all its own after a two-hour rendering of The River. Like his last tour’s only Lone Star stopover in Houston, last night’s epic stand tried to appease the entire state in one set-list. Mission accomplished.

Twenty unabashed rockers with intermittent interludes and codas of self-reflect, The River clocks in on wax at under 90 minutes, but live, its author – 66 – not only fleshed out its “coming-of-age” elan, he made a case for his classic albums carrying any single performance on their own. Opening with box set b-side “Meet Me in the City,” Springsteen and his Sopranos-kissed crew – Steven Van Zandt, Max Weinberg, Garry Tallent, Roy Bittan, Nils Lofgren, Jake Clemons, and Soozie Tyrell – took their time accenting almost every LP track with a unique bit of musical theater, while wasting zero time “Ramrod”-ing through the album end to end. Stand up, sit down, strap in for the ride of your life.

Album firestarter “The Ties That Bind” stepped forward with its murderer’s row frontline (Springsteen, Van Zandt, Lofgren, Tallent, and Tyrell) all at their mics singing and strumming. “Two Hearts” reiterated that while Rage Against the Machine’s Tom Morello proved a perfect acolyte last tour, there’s no substitute for Van Zandt at the mic with his lifelong boss and blood brother, yowling harmonies and crooning a snippet of Marvin Gaye and Tammi Terrell’s “It Takes Two” in unison with Springsteen to finish off the song’s coronary pop. Chart breakthrough “Hungry Heart” beat pulpy nostalgia as the bandleader crowd surfed from the GA floor barricade to the stage.

So followed the moments of giddy album chemistry: autonomy anthem “Out in the Street” pulling up throwaway “Crush On You” as a knockout tandem encored by the freight train heart of “You Can Look (But You Better Not Touch)”; a long, heavy-breathing intro to “I Wanna Marry You,” which was then followed by Springsteen’s doomy harp and Van Zandt’s acoustic lean on the stark title track; and Bittan’s extended piano intro to “Point Blank,” which recreated its treatment on the album’s original tour.

“Cadillac Ranch” roared with all three guitarists trading solos, and Clemons filling his late uncle Clarence’s size 27 footwear at the lip of the stage blowing one radiator sax solo after another. Van Zandt’s sweet and sour shading tarted up the elegiac “Fade Away” in advance of brooding LP mate “Stolen Car.” And then, of course, Springsteen himself, indefatigable in vocal exhortation, croon, and arena levitation. No other artist save for the Rolling Stones transforms nearly every live selection into a rock & roll call to arms.

What might have then satisfied along the lines of a few choice cuts and an extended encore turned into almost 90 minutes of non-stop feet and fist movers: “Badlands,” “Promised Land,” “Back Streets,” “The Rising,” “Thunder Road,” “Born to Run,” “Rosalita (Won’t You Come Out Tonight),” and Isley Brothers’ worship stomp “Shout.” Lofgren’s molten solo during “Because the Night” stopped both Springsteen and Van Zandt in their tracks, while 50 teen and preteen girls in Born in the U.S.A. red bandanas absolutely mobbed the singer onstage during “Dancing in the Dark.”

“Oh my fucking god,” exclaimed Springtseen when they were escorted offstage, unable to stop laughing or grinning. “That was the wildest fucking show I’ve ever been to.” 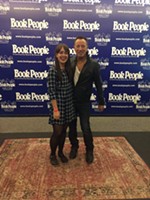 My Father’s House: A Moment With Bruce Springsteen
“His lyrics tethered me to my family, the way they grew up”