With a song, Dana Falconberry transports you away from the hustle of civilization into untrampled habitats where the flora and fauna reveal the mysteries of the natural world. 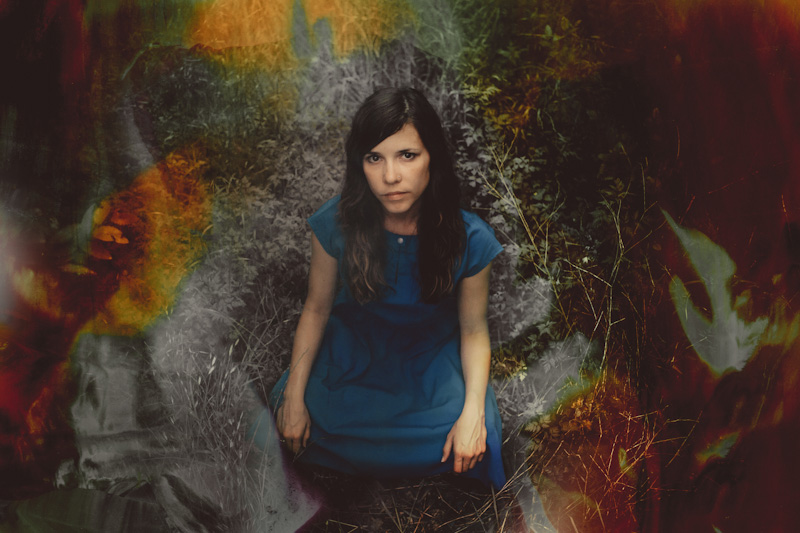 “I’m as pale as a white birch,” confesses Falconberry, her voice levitating like a lost feather in “Cormorant.” Named for a deep-diving bird, one species of which winters in Austin on Lady Bird Lake, it emerges as the first video off From the Forest Came the Fire, the local songwriter’s third album and first since rebranding her band as Medicine Bow. The crystalline clip, directed by Cody Ground, speaks to the paranormal themes burning in Falconberry’s woods.

“I’ve always written about nature, and I’ve always been asked why I do,” admits the singer. “Citing natural references has always seemed, well, natural to me. I don’t think about it. It’s not something I’m trying to do. It’s just what comes out.

“I guess that writing about nature seems timeless and universal, while also feeling ancient and tied to very particular places. I can’t ever think of a better way to communicate my thoughts than by referring to something in nature.

“These days, though, I’m more interested in exploring the supernatural elements around us through songwriting,” she continues. “I don’t believe in ghosts or fate or any of those things, but I love to entertain those concepts in songs. I think that songwriting is the only avenue through which I can connect with that part of the human existence.

“The idea that another world is just beyond our sight and just out of our grip is fascinating to me, even if I don’t subscribe to that belief in my practical life. It’s way more interesting to me than writing about another breakup or my life on the road, or any of that boring stuff.”

From the Forest Came the Fire goes on sale this Friday, April 1. Dana Falconberry & Medicine Bow usher in its release with a show at Stateside at the Paramount Theatre on Saturday – tickets here.

deEP end
Though I Didn't Call It Came, Before They Take Over, Moving Castles, ... Other Blessings (Record Review)