Dion Francis DiMucci, born July 18, 1939, in the Bronx, scored some of doo-wop’s biggest hits with his first group, the Belmonts (“Teenager in Love”). Solo hits “Runaround Sue” and “The Wanderer” were better, and he achieved a blues Zen covering the Drifters’ “Ruby Baby.” Tonight he vets new LP New York is My Home at the Driskill’s Victorian Room, 11pm 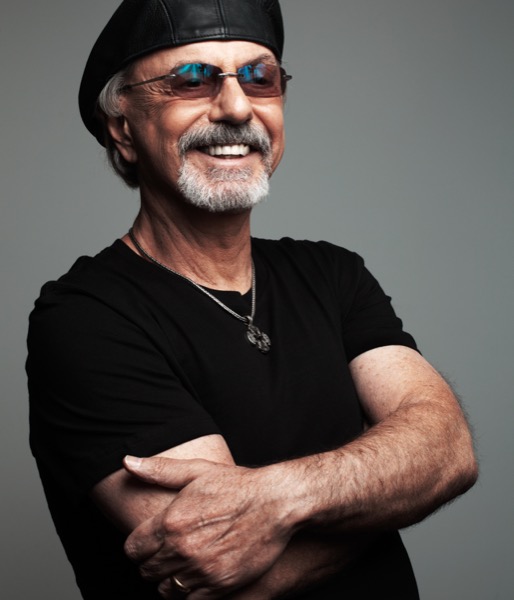 Austin Chronicle: You always had a deep connection to the blues.

Thing is, when I was at Columbia Records, [legendary A&R man credited with discovering Billie Holiday, Bob Dylan, Bruce Springsteen, and Stevie Ray Vaughan], John Hammond Sr. called me in one day and he said, “You have a flair for the blues.” He played me Robert Johnson and Mississippi Fred McDowell, and he gave me some albums. I went back to my apartment and just woodshedded [laughs].

I missed the Beatles, listening to that stuff!

I think even “Runaround Sue” was a cleverly disguised blues song. When I did [acoustic blues album] Bronx in Blue in 2007, some guy asked me, “Is this a stretch for you?” I said, “No! ‘Teenager in Love’ was a stretch for me!” I love that song and appreciate the life it has, but I think my foundation in the blues informed my reading of it. You bring it to everything you do, those kinda roots. It’s the foundation for everything.

AC: Other than the blues, where did your singing style come from? Your rhythms, your phrasing, your melodic sense, the cadences you used – does that come from your Italian heritage?

D: I’m sure that had something to do with it, but I think what got me singing the way I sing are the horn players I heard at the Apollo Theater. First of all, I’m a rhythm singer. I like rhythm. I feel like I’m a horn practically: [scat sings] Dit-dit-bap-bap-da-doo-da-da-day! I like finding the pocket. Give me the rhythm, and I’ll sing with it.

Some of the cadences come from how I like to try different stuff. On “Ruby Baby,” I’d say it was strictly a blues thing. It rolls, kinda like a Jimmy Reed approach. I don’t sing white, I don’t sing black, I sing Bronx. When I sing “Ruby baby,” I’m rolling like Jimmy Reed. I wanted to communicate like Hank Williams and groove like Jimmy Reed.

“The Wanderer” is a different thing. It comes down on the first beat of the song. It doesn’t roll. The music rolls, but I was singing on top of the beat itself. [Singing] “I’m the type of guy that likes to roam around.” Bruce Springsteen picked up on that, [sings] “Badlands!” He started doing that, too. It’s like a white blues thing to come down on the front of the bar. It’s coming right down on the one, instead of the two. It’s a different kinda approach. It has a different kinda attitude.

God knows I love the music from Texas – Buddy Holly! I thought I was born in the wrong place when I heard Hank Williams – not that he’s from Texas [laughs]. Some of the greatest blues singers came outta Texas.

AC: You covered landmark Texan Lightnin’ Hopkins on New York is My Home via “Katie Mae.”

D: It’s beyond words what I feel for a guy like that. I think what it is, is they don’t know how to do anything wrong. They just do it! It isn’t like they’re trying to do it, or they’re looking to do it. They just do it! Like right from the center of their being. It’s just so incredible. It touches me right down in the center of my being, that kinda music. If I could sing and play like Lightnin' Hopkins, I would [laughs].

[Atlantic Records co-owner] Jerry Wexler called me when I did Bronx in Blue. I told Jerry, “I don’t think a lotta people know I play guitar.” He said, “How could they?” In the old days, when I would go on The Dick Clark Show or whatever, they would tell me, “Put the guitar down and get out there and move! Lead singers don’t play guitar.” But I’m always playing guitar. I played on all the records going back to the Belmonts. Jerry saying that woke me up.

Just because I play guitar does not mean people know I play [laughs].

But I’m not a guitar player like [current collaborator] Jimmy Vivino. He can play with anybody, any song, any key, any time, any place! And he did. I could back myself up and I could probably play in a blues band, sure, but I can’t do what he does. He’s just off the charts.

Doing New York is My Home was a labor of love. These guys liked these songs and wanted to play on them. I didn’t hire guys. Jimmy said, “Let me do it!” He loves the blues.

D: “Donna the Prima Donna" was my sister. I kinda used her as a template [laughs].

AC: You did that again on “The Apollo King.”

D: I was trying to capture all the excitement that I heard as a kid the first time we went to the Apollo. We took the D train up on Fordham and we went down to Harlem. When you’re from the Bronx, you go down to Harlem. You don’t go up [laughs].

I grew up to Lee Allen on all the Fats Domino records, who was off-the-charts incredible. Then you’ve got Sam Butera on the Louis Prima records that I love. These guys were rock & roll. I always loved the way they played, those sax solos on those records.

I went down to the Apollo and heard King Curtis and Sam the Man Taylor and Ray Prysock. The night I went, Big Al Sears walks on, and he was like the original Clarence Clemmons. He had a white hat/suit/shoes/vest, and a big gold horn. He came out to the middle of the stage and would start. Oh, man! I went outta my mind [laughs]. When I grabbed onto that title, “The Apollo King,” I said, “I gotta write a song about Big Al Sears.”

[As an artist] I think I’m growing. I feel really relevant and creative, and I don’t think I would’ve made an album if I didn’t feel relevant. I wouldn’t have said a word.