SXSWers thought they were coming to Austin. Instead, they were swept into the cosmos. The bizarro space caravan known as Golden Dawn Arkestra has now ballooned to 18 band members, including a 7-piece horn section, three elaborately costumed dancers, and a wizard who just chills with a staff at the back of the stage. 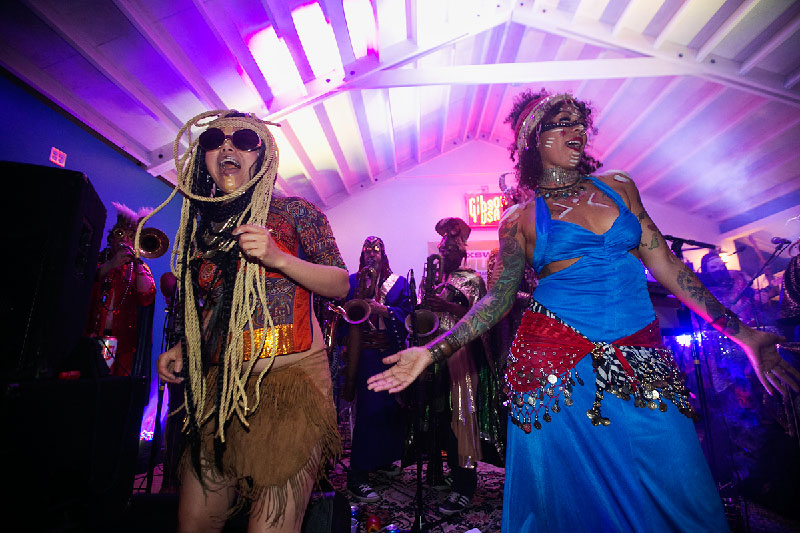 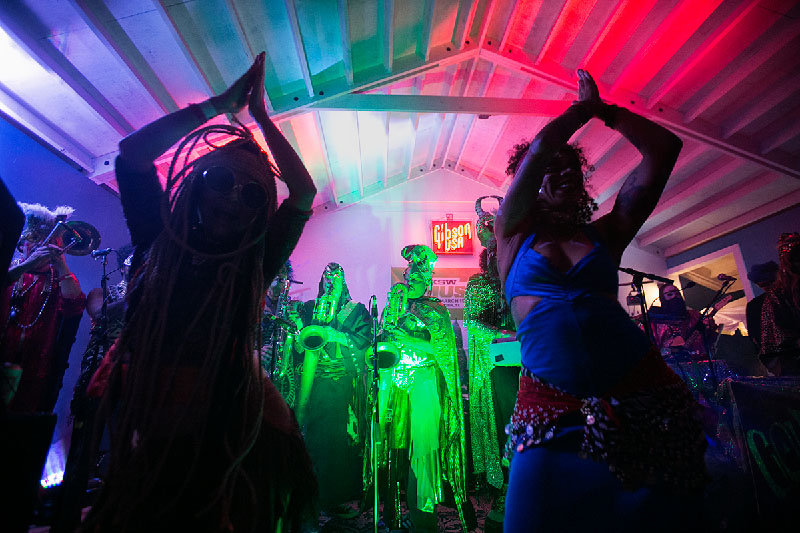 The Austin ensemble opened with electro-funk anthem “Spacewaves” from last month’s sophomore LP Stargazer as plumes of incense blanketed the stage on Maggie Mae’s rooftop. Golden Dawn might be the greatest visual spectacle in music (horned helmets, headdresses, turbans, and oversized wings), but they truly assault all of the senses. What began as a Sun Ra tribute band has evolved to include touchstones as varied as P-Funk, Daft Punk, and Dee-Lite.

“You’re all just particles of stardust,” pronounced Zapot Mgwana, bandleader and supposed progeny of Sun Ra himself. “Whoever you want to be, you can be. You are your own destiny.”

Prior to the space oddity, local newcomers Los Coast blasted eardrums with a rollicking dose of psychedelic soul. Led by the bare feet and big voice of frontman Trey Privott, the fivepiece travels the same lane as fellow homie Black Joe Lewis – gritty soul delivered with a punk rock ethos. Well, as punk rock as you can be wearing no shoes and a woven shawl.

Formed just last year, Los Coast has little online presence and no official releases. They’re still experimenting with styles. There were bits of doo-wop, rockabilly, deep soul, and James Brown-inspired rapping all meshing in such a manner that it’s not hard to imagine them soon becoming the next great Austin soul act.