No “Search and Destroy” except for the entire set itself

Behind the amps, Iggy Pop sits atop a stool in expensive black evening wear and no shirt, awaiting his entrance, swaying to his band’s massive groove and drinking bottled water. He spits it out, flips both middle fingers at the audience, and mouths “FUCK YOU” with a Lone Star-sized grin. 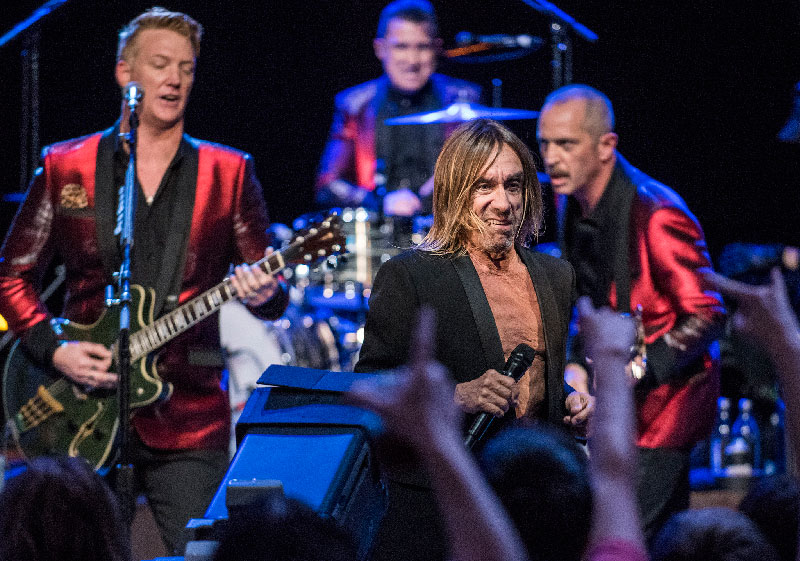 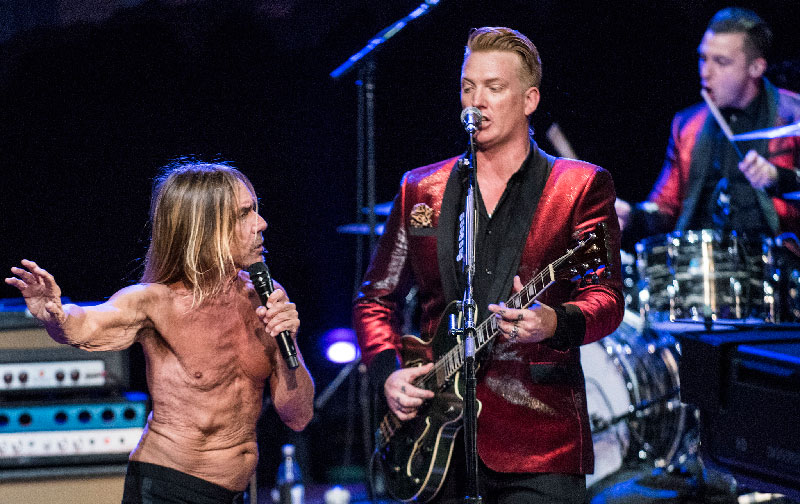 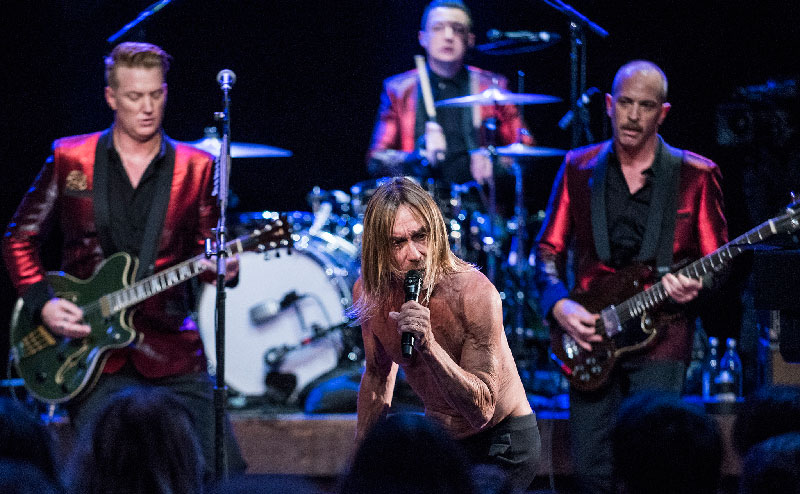 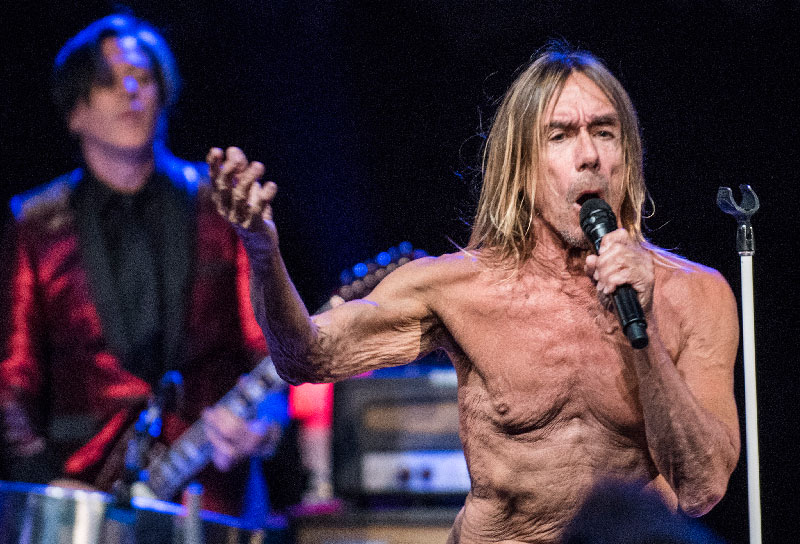 Suddenly, he comes bounding out on cue, swaying and skipping with his trademark violent grace, grabbing the mic from a central stand painted white to differentiate it from the others.

“Here comes Johnny Yen again,” he begins, biting down on on “Lust For Life” with all the fervor of its title. “With the liquor and drugs, and the flesh machine, he’s gonna do another striptease.”

With that, the 42nd season of Austin City Limits began with one of the most exciting openers the PBS concert mainstay ever booked. The Stooges apparently no more with the deaths of founding members Ron and Scott Asheton, guiding light Iggy Pop’s made a conscious return to the artfully brutal rock of his first two solo works, The Idiot and Lust for Life, produced by David Bowie in Berlin in 1976 and 1977. Toward this end, not a single Stooges classic was performed Tuesday night.

Instead, a set list of one-third The Idiot, one-third Lust for Life, and one-third new potential “final album” Post Pop Depression rollicked and seethed over nearly two hours, including a reprise of his bruising title theme to Alex Cox’s punk cinema masterpiece, Repo Man. Long-unperformed solo highlights like “Some Weird Sin” and “China Girl” were also dusted off. The Michigan native, 69 next month, appeared more engaged and happy than at any time since the first Stooges reunion shows 11 years ago.

Could this be the last time? If so, it’s a singular walk-off.