President Barack Obama’s affinity for hip-hop makes him one of the trendiest U.S. heads of state ever. After claiming Kendrick Lamar’s To Pimp A Butterfly as his favorite album of 2015, it was little surprise he invited rapper J. Cole to perform at the Democratic National Committee fundraiser held in the Austin Music Hall on Friday. To an extent, anyway. 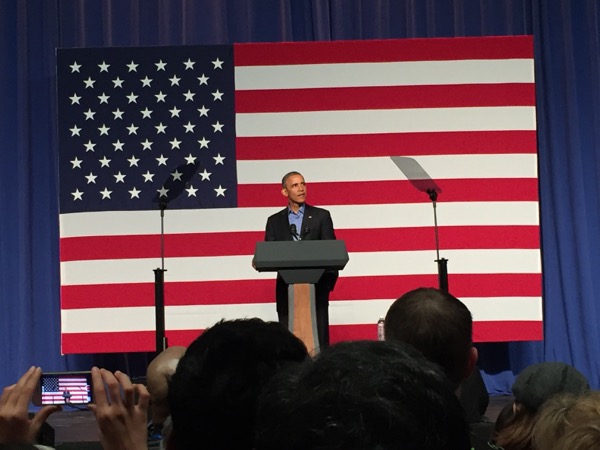 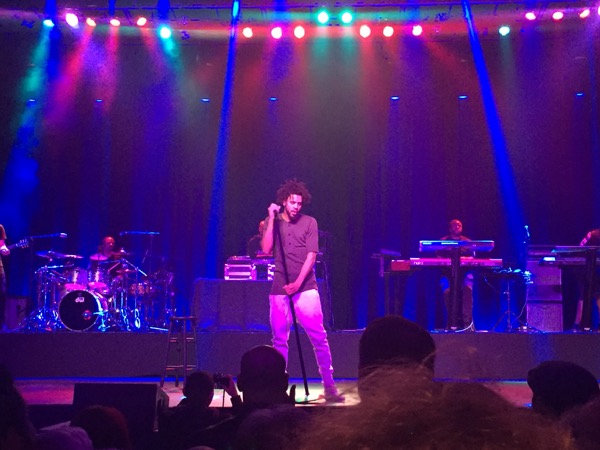 To attend, hopeful guests had to donate from $100 (a general admission student ticket) to a staggering $33,400 (to gain “co-host” status) to see the President following his SXSW Interactive keynote speech. This called for an odd mix of people: Young adults aching to see the president in what might be his final Austin visit during his term – and in a can’t-miss J. Cole/Obama double feature, to boot – and then wealthy Democratic party members above them in the balcony sitting at cocktail tables.

Cole’s five-song set was scheduled between the time doors closed, 3:30pm, and the time the President arrived an hour later. Donors didn’t have an option but to watch and listen. The MC came out knowing this and declared it wasn’t his show that night and he wasn’t going to try and make it so.

“You all probably don’t even know who I am,” he said, unfortunately not wrong. “Can I still play some music for y’all, though?”

Forest Hills Drive, Cole’s third studio album, was nominated for Best Rap Album at this year’s Grammys and it debuted No. 1 on the Billboard 200, but to the donors covering their ears as soon as the first drop in “No Role Modelz” hit, he was just another singer. In between his self-censored songs, Cole spoke about the racist struggles in his hometown of Fayetteville, NC., and the importance of staying true to yourself. The latter only resonated with a handful of his fans in the audience.

President Obama cited Cole’s accolades and stellar performance during his speech afterward, attributing his knowledge of him to his daughters. Both SXSWers did what they promised – delivered. For Cole, sadly, some people’s mailboxes were already full.