Behind the Obama Bookings

SXSW Director Roland Swenson on the conference’s biggest get ever

Today’s announcement that President Barack Obama and First Lady Michelle Obama will give keynote speeches at South By Southwest – him for Interactive, her for Music – makes past keynoters like Bruce Springsteen, Johnny Cash, and Lady Gaga seem like C-listers by comparison. SXSW Director Roland Swenson talked us through the booking process. 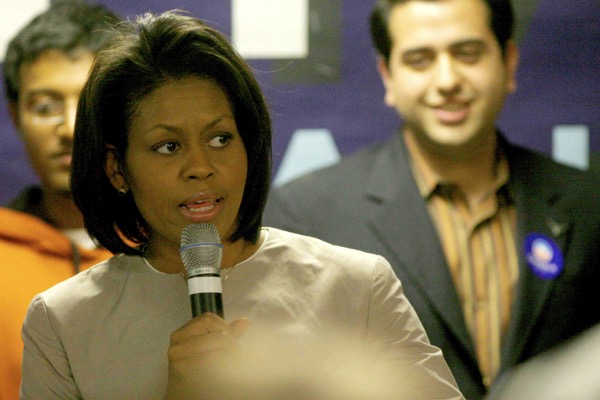 Austin Chronicle: What’s the genesis of these bookings and what did it take to make them happen?

Roland Swenson: First off, Hugh Forrest is the one who really made this happen. I think we’ve invited President Obama every year since he got into office and maybe even before then. The same with the First Lady. We’ve been trying to get her for years and had numerous meetings at the White House about it over the last four or five years. Finally, the stars kind of aligned and we got both of them, which is surprising, but exciting.

We’ve known this was possible since the fall and it’s only been the last three or four weeks that we’ve begun to let ourselves believe it was going to happen. I guess they gave us the official go ahead about 10 days ago and then we had a press blackout by the White House on it until this morning.

AC: What musical act have you booked in the past with a similar level of secrecy?

RS: We’re usually pretty terrible at keeping secrets, but we did manage to sort of keep this one, I think. With Springsteen, we had to keep that quiet for a while just because they wanted the flexibility to back out. That’s usually part of it. First they say “maybe,” then they say ”probably,” then they say “yes, but you can’t tell anybody for X amount of time.” We’ve gotten to that point before and then people drop out.

AC: The Obamas have a cultural presence in line with South by Southwest, but have there been other first families that you tried to get? Obviously, you hosted Chelsea Clinton in the past, but were Bill and Hillary something you tried to line up?

RS: Sure, we’ve invited them before. Actually, the first time I invited [Bill] Clinton was back in 1995. I remember I went to someone that I knew on [U.S. Representative] Lloyd Doggett’s staff and said, “Hey, we want to get Clinton down here.” He just looked at me like I was completely insane: “Oh man, this guy has delusions of grandeur, doesn’t he?”

RS: We believe the First Lady wants to reach a more diverse audience and will be using music to bring that message to a wider group of people. South by Southwest provides an opportunity for her to talk to an interested industry about girls’ education and the issues many face.

AC: I thought it was a charity?

RS: The initiative supports the Peace Corps Fund but is not a charity in and of itself.

AC: Suffice it to say that there’s a musical component to what she’s doing.

RS: Yes. The Keynote will be a conversation including an artist.

AC: You’ve been doing this for 30 years. What does booking the Obamas represent for South by Southwest?

RS: They’re among the most arts-friendly first couples the country’s had in a while. Maybe the first President we’ve had that has a good singing voice.

RS: That’s true. He’s a pretty good sax player. Apparently, he supported himself in college playing in a dance band.

But for the President to speak about entrepreneurship, technology, and public service really fits what the Interactive event has become over the last 10 years. It’s really got a broad portfolio of curriculum that’s also focused around creative people coming up with new ideas. That’s certainly something the Obama administration has been pushing all along – an economy tuned to the 21st century.

I think the reason he’s coming here is because of all the up-and-coming creative people that come to our event. He wants to get in front of them and we want him in front of them to inspire them. He’s an inspirational figure in history.

Michelle Obama has been one of the bravest First Ladies we’ve ever had in terms of the causes she’s chosen. She also really cares about young women and opportunities for them. She’s advocated strongly for that during her terms as First Lady.

AC: This certainly expands your political connections. Have you ever thought about running for public office?

RS: No, I have too many skeletons in my closet for that.

AC: Once the First Family is on the ground in Austin, does your staff have a lot of responsibilities in dealing with their accommodations and communicating with the Secret Service – or do they just show up at the event?

RS: I’m just going to pick ’em up at the airport and drive them downtown [laughs]. There’s a lot of behind-the-scenes stuff to happen for the President to appear somewhere, so if they tell us to jump, we’ll ask, “How high?” That’s our attitude, but they’ve been easy to work with. There haven’t been any issues so far.