Jeremy Nail continues prepping his Alejandro Escovedo-produced My Mountain. After surviving cancer, Nail says, “What keeps me going is the hope that people will hear and connect to the songs I record, and these recordings will outlive me. Love and gratitude for life itself makes us appreciate the good things.” Hear it live on Wednesday at the Townsend. 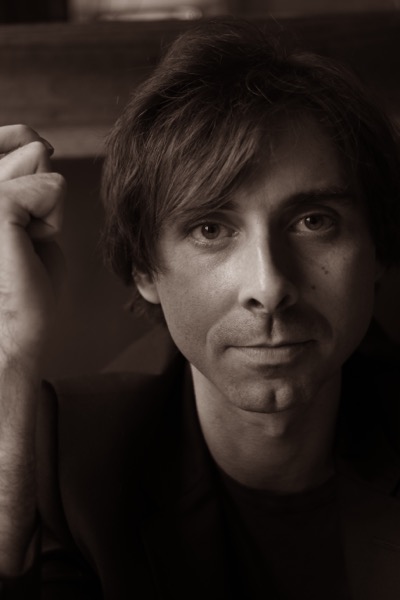 Nail was born into a heritage of ranchers, great storytellers, and artists. A seventh generation Texan on his father’s side, he grew up roaming around the Nail Ranch, which has been in his family for well over 100 years. The Nail Ranch is a working cattle and hunting operation the size of Lubbock.

The singer’s family lived near the edge of town in Albany, where he spent his time with his siblings exploring the freedom that a small town offers.

“Riding bikes everywhere, swimming, building forts in the woods behind the house – we were always outside. I don’t think I locked a door until I was 20. I loved playing sports and baseball was my favorite.”

Nail’s uncle operates Albany’s Old Jail Art Center, which houses works by Modigliani, Picasso, and Renoir. Albany is the oldest town on the Northwestern Frontier, northeast of Abilene, with a population of some 2,000. The Albany night sky is renowned.

“On the best nights, you can see millions of stars and the Milky Way. It’s pretty wide open country, so you can get a good view from just about anywhere. When there’s no moon, you can see the stars and land in great detail,” says Nail.

He began piano lessons at 8, later playing the trombone in junior high band.

“There wasn’t a lot of music in the house, so all I knew was what I heard on the radio. Of course, there was a lot of country music, but when I heard bands like Nirvana and Smashing Pumpkins, I wanted to learn electric guitar. I started playing when I was 14.

“Later on, in high school, I got more into songwriters like Steve Earle and Townes Van Zandt. There was something about the way they crafted words that really drew me in,” recalls Nail.

After high school, he moved to Lubbock to attend Texas Tech and soon started gigging. Then he moved on to South Plains College for their Commercial Music program. That changed everything.

“It’s like a working musician’s boot camp,” he says. “We had ensemble classes where we charted out songs and learned to play as a band. In the audio engineering program, you learn how to use Pro Tools and how to run live sound.”

Nail had attended high school in Austin at St. Stephen’s as a residential boarder. In 2005, he returned to town to pursue music.

“I was always more interested in music than anything else. There was a time, around 2013, where I stopped and went back to school to study psychology. At that time, I was pretty stagnant in life. I was playing in a lot of bands as a sideman, but my own material was drying up.

“I had a lot of self-doubt.

“Funny enough, I would be in the middle of writing a paper and a song would come knocking on the door. I’d get up and grab the guitar immediately. This kept happening over and over, and soon enough I was working on songs that I could get behind and was proud of. That’s when I knew this is what I had to do.”

Spring 2012, Nail was diagnosed with Sarcoma.

“I was helping work cattle back home a few months before and got kicked. It started out as a knot on the inside of my left knee and grew bigger over a few months. It was a fibrosarcoma tumor that had some high grade malignancy. I had two surgeries that summer to remove it and did radiation treatment a couple months later. I was very lucky that I did not have to do chemo.

“Two years later, there was a recurrence after I fractured my knee. This time the tumor was small, but growing around the main artery in my leg. My oncologist said that the sure bet to get the tumor out was to amputate, otherwise I would be crippled for good and chances are that the tumor would come back.

“I had the amputation in November 2014 and by March of last year, I was walking on a prosthesis.

“The experience has helped me trust my own instincts and has brought a lot of music out of me. I was closed off for awhile, but now music is the work of my life. With that, I try to have a little balance and spend time exercising, being outside, and quieting my mind.

“Being around good people and staying close to my family is very important to me. I have made friends with other amputees through this and it has been amazing sharing stories and experiences with them. It’s like a whole new world has opened up,” says Nail intimately.

Before he was diagnosed with cancer, he started playing guitar with Alejandro Escovedo. Nail’s My Mountain, produced by Escovedo, is due in May.

“I’m a huge fan of Alejandro’s work,” enthuses the singer. “I used to go to the Continental Club most Tuesday nights to watch him play. I remember being at home in bed, heavily medicated, and seeing them play on Jimmy Fallon. If it wasn’t for that damn tumor! Ha!

“Then I saw Al in January of last year at his Moody Theater show after he and Nancy survived the hurricane in Mexico. Alejandro said, ‘Let’s make a record.’ He came over and we talked about what we had been through in life. Both of us have been through a lot of loss and struggles with our health, and turned to songwriting as a way to heal. He helped me develop the songs I had.

“I have wanted to do something very stripped down for a long time. Things didn’t need to go over a certain volume, because we based everything around the lyrics and what the acoustic guitar was doing. He helped me see things in these songs I didn’t know were there. Once we had about 14 songs, we put the band together.

“The core band [Chris Masterson on electric guitar, Bobby Daniel on upright bass, and Chris Searles on drums] and I cut all of the basic tracks locally at Church House Studio in three days last June. Alejandro was on the floor with us the whole time conducting and directing the band. The chemistry between all of us was so natural, and Alejandro was great about capturing that vibe.

“There’s a presence he has that brings out the best in every player,” finishes the singer fondly.

If you miss Jeremy Nail previewing My Mountain on Congress Avenue tomorrow night, catch him on Wednesday, March 16, at the Austin Music Awards, where his contribution to last year’s SIMS CD, Gram Parson’s “She,” will be part of a featured set including Arc Angels Charlie Sexton and Doyle Bramhall, Spoon’s Britt Daniel, and more.

For more SXSW news, visit austinchronicle.com/sxsw and @ChronSXSW, and sign up now for the Chronicle’s daily online editions during the fest, featuring interviews, the latest reviews, critic picks, photo galleries galore, and much, much more.