Gateway to the Allman Brothers, Grateful Dead, and Shawn Colvin

His main band of 22 years, Gov’t Mule, will be touring this year, but guitarist Warren Haynes has Phil Lesh & Friends and the Jerry Garcia Symphonic Celebration on his schedule as well. Friday, he arrives at Emo’s with his Ashes & Dust band, a largely acoustic ensemble bringing to life the music from his highly praised 2015 solo album of the same name. 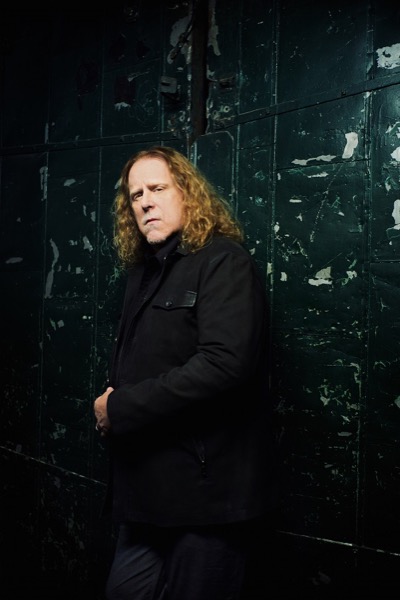 Austin Chronicle: I was looking at your tour schedule and I’m amazed, not only at the number of shows you’re scheduled to play, but at the different configurations involved. You obviously like to stay busy.

Warren Haynes: I do. I enjoy expressing myself in different situations. It keeps me sane.

AC: When you first started playing was that something you aimed for or thought about? Playing different styles? Or did that simply evolve?

WH: I was always attracted to many different types of music. I had two older brothers that were album collectors and there were thousands of albums at our house growing up. Blues, jazz, rock, reggae, soul music, folk music. Everything was there. So I always had an affinity for lots of different genres. Even as a teenager, I liked exploring different directions and playing with different musicians. That’s never changed.

AC: You threw people something of a curve ball with Ashes & Dust. Your acoustic side isn’t a facet you’ve exposed fans to often. I understand the album was in the works for quite a while.

WH: I was originally going to make a record with Levon Helm and Leon Russell, and a bass player T-Bone Wolk [Hall & Oates]. Some of these songs on Ashes & Dust would’ve probably been included on that record, although it would’ve been in a different direction. Then T-Bone passed away and Levon passed away, and that record was not meant to be. That was seven or eight years ago.

So I thought I should do something different. I recorded Man in Motion in Austin. Gov’t Mule made a record, Shout. Then I decided to revisit some songs that I had already written in a similar direction and that I was writing a lot of songs that seem to fit in. So the songs on Ashes & Dust are anywhere from brand new to over 20 years old.

I’ve been wanting to make that kind of record for a long, long time. It just never felt right timing wise. Partly because I was staying so busy, which is a good thing, and partly because it’s quite a curve ball as you say. Maybe not to people who’ve heard my solo acoustic performances, but if you’ve never heard that, it’s very different than anything I’ve ever done.

This record got a lot of attention from the press in a positive way, but as you say, it was a surprise to some people, and I actually expected more people to be surprised by it. Most of those were in Europe, Australia, and Japan, places like that. Americans were less surprised by it.

AC: Austin’s Shawn Colvin appears on the album via “Wanderlust.” What’s the connection?

WH: I’m just a fan. I love her voice. We didn’t know each other prior to this record, but she was perfect for that song. We have tons of mutual friends, so I was surprised we’d never crossed musical paths before.

AC: The song getting the most attention from the album is “Spots of Time.” What can you tell me about that one?

WH: I wrote that song with [Grateful Dead bassist] Phil Lesh. He wrote the music and I wrote the words and the melody. It was just written organically. We actually played it with the Allman Brothers for two or three years. I think it might have been on the final Allman Brothers record if we made that record, which we never did. I thought I should include it on Ashes & Dust and take it in a little different direction.

AC: It’s got a space/jam feel to it on the LP that recalls the Dead to my ears.

WH: It’s odd because Phil and I play together quite often and we still haven’t played that song. But the Allman Brothers did. I brought in Oteil Burbridge and Marc Quinones from the Allman Brothers to be part of the recording. We were able to utilize some of the onstage experience we had with the song and combine it with [album collaborators] Railroad Earth, who had never heard it before. It was an interesting mix.