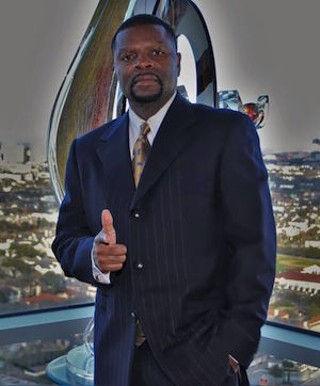 Who’s James Prince? Hero? Villain? Community pillar? Bios begin at a 5th Ward-raised car salesman turned founder and CEO of Houston’s Rap-A-Lot Records, one of the most influential labels in hip-hop. To the C.V., South by Southwest now adds keynote speaker, scheduled for conversation with label star Bun B on Thursday, March 17, at the Convention Center.

Begun as a grassroots way to keep young black men, like his younger brother, off H-Town’s rougher thoroughfares, Prince grew the label into an empire. Initially making waves with flagship act Geto Boys, featuring Scarface and Bushwick Bill, Rap-A-Lot went on to house needle-moving acts such as Devin the Dude, Z-Ro, Chicago’s Do or Die, Trae, and the late, great Pimp C. The latter’s partner in Lone Star hip-hop legends UGK, the locally beloved Bun B still reps the label.

Unofficially, Prince, 51, remains Houston’s rogue royalty, the quiet man, loathed by some and feared by many. There are well known, but mostly unconfirmed, stories of retribution and retrieval of owed dues – monetary or otherwise – like accounts of one tour-stopping muscling-over to ensure accountability of album points belonging to his entrepreneur son from Drake’s So Far Gone by Young Money/Cash Money Records. There are his dealings with the murky world of prizefighting. This is someone who managed to shut down a longstanding DEA investigation into his business ventures.

Champion of the people, or antihero? Regardless of rhetoric leanings – or personal feelings of friends or foes – the record will rightfully state that he’s a foundational hip-hop figure, who knelt before very few, if anyone at all. In this way, Prince owns himself, which is the greatest trait any man can have.